Asian Infrastructure Investment Bank (AIIB) intends to hire 50 investment experts this year as part of its efforts to commit 50% of its approved financing to renewable projects by 2025, witha particular focus on the support of private sector investors.

These efforts will span directly supporting projects with making equity co-investments and issuing bonds related to environmental, social and governance projects, according to its head of investments.

Jin Liqun, president of the multilateral bank, told an online event in January that AIIB wants efforts to address climate change comprise at least half of its financing approvals by 2025.

“That means projects worth $8 billion to $9 billion per year are likely to be approved by that time,” he told AsianInvestor in an interview. 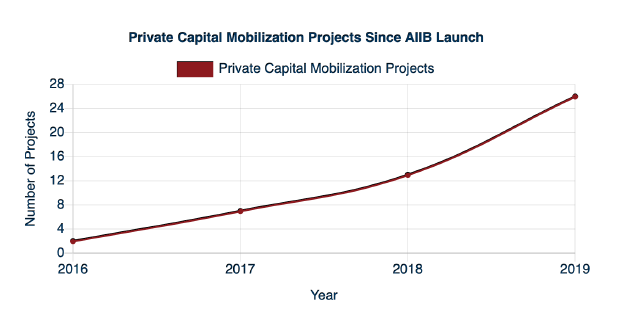 Pandian said the multilateral bank will stick to several investment focuses as part of its efforts to entice more private sector investments: green infrastructure; digital and other technology enabled infrastructure and social infrastructure like education and health investment. AIIB began operations in 2016 with 57 founding members. By the end of 2020, it had 103 approved members, with the US and Japan being the main absentees. Its broad membership has enabled it to attract multilateral partners to projects, including the World Bank, Asian Development Bank, European Bank for Reconstruction and Development, International Finance Corporation and Germany’s KfW.

In addition to these partners, Pandian said the bank is seeking other international and local investment partners, especially from the private sector. “Local partners are also welcome.”

2021 is likely to prove a challenging year for AIIB, which Pandian describes as a “young baby who is entering into a growing stage”.

Pandian noted that AIIB will review fund managers’ performance and may seek to co-invest with strong performers in the future. And because equity investment is riskier, the CIO emphasised that the bank’s growing investment team will be particularly prudent about putting its capital to work.

He declined to comment on the level of returns it is targeting, but said AIIB will be very selective and prudent when making such investments.

Headquartered in Beijing, AIIB had approved 112 projects among regions and approved financing of $23.1 billion as of January, according to its website. That amount increased by about $10 billion last year, as AIIB was increasingly called upon to conduct coronavirus-related funding.

AIIB has also been making efforts to fund raise as part of its efforts to invest more to combat climate change.

It has already done so to some degree. In September 2019, AIIB partnered with Amundi, Europe’s largest asset manager, to build a $500 million Asia Climate Bond Portfolio that aims to address the underdevelopment of the climate bond market.

Pandian said that AIIB intends to further diversify its investors and partners when issuing ESG/climate theme bonds but declined to offer more details.