Australia’s sovereign wealth fund has appointed Kimberley Reid as chief people and culture officer, after she took up the role’s responsibilities on an interim basis in May.

Reid will be a part of the senior leadership team and report to chief executive Raphael Arndt to lead the fund’s human resources team. Part of her responsibilities also includes growing Future Fund Academy, the fund’s learning and development arm. New Zealand sovereign wealth fund NZ Super has appointed David McClatchy as a board member to replace Simon Botherway, whose three-year term expires next week at the end of September.

McClatchy’s term is for five years starting October 1 and he has relocated from Sydney to Auckland in New Zealand, NZ Super said in a statement on September 22.

McClatchy currently sits as the chair of the board of Australian superannuation plan Insurance Australia Group (IAG) & NRMA Superannuation. He was also chief investment officer of IAG from 2012 to 2019 and was chief executive and chair at ING Investment Management Australia. A spokesperson for Ivanhoe Cambridge said she replaces a colleague who relocated to another office within the firm, but had no further details.

Alpha Investment did not respond to requests for comment.

Finally, the firm appointed Alice Qi as an advisor based in Shanghai. She was most recently a real estate private equity fund manager at Perennial Holdings. Bopha Ly has been appointed managing director for the energy department at AMP Capital, taking charge of the fund manager’s infrastructure equity business. She will take up the position on October 18.

She joins from AGL Energy where she had spent 14 years. Most recently she was head of corporate development at the firm where she led merger and acquisitions activity across the energy division.

Ly will be based in Sydney and report to Michael Cummings, co-head of infrastructure equity Australia and New Zealand. In her new role she will be responsible for AMP Capital’s energy infrastructure investments, including Endeavour Energy, Macarthur Wind Farm, and Powerco in New Zealand. 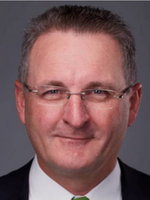 He has over 23 years of experience in real estate in the US, Asia, Europe and Latin America and will be responsible for driving CLI’s private equity real estate business.

From October 2013 to December 2017, Treacy was managing director, global CIO and head of US equity for BlackRock real estate. He then became president of Hawaii of The Howard Hughes Corporation where he managed the development of Ward Village, a 60-acre condominium.

Treacy’s appointment was made as part of an extensive restructuring of CLI’s business that resulted in the privatisation of CapitaLand’s property development arm and separate listing of its global real estate investment management business on the Singapore Exchange.

In addition, Patrick Boocock, former managing partner and head of Asia at Brookfield Asset Management will join CLI as CEO of private equity alternative assets. He will also start his new role by the end of November. Northern Trust Asset Management has hired Angelo Manioudakis as CIO to succeed Bob Browne, who is retiring from the company after 12 years.

Based in Boston, he will report to Northern Trust President Shundrawn Thomas. Lantern Harbor Investment Partners did not respond to emailed questions on his replacement. He replaces relationship manager David Frazer, who in March 2021 transitioned out of his people leadership responsibilities to focus on managing and growing the firm’s existing institutional client base, a spokesperson for T. Rowe Price said.

A spokesperson for AXA Investment Management confirmed Hurt’s departure and said his role had transitioned to Michelle Lacey, head of client group core for Australia. A spokesperson for Nuveen confirmed she replaces Ying Li Tan, who left for Fidelity International as head of institutional sales for Southeast Asia in August 2020. The spokesperson declined to comment on who had taken on the responsibilities of the role in the interim.

A spokesperson for Fullerton declined to comment on Teo's departure or on whether the firm had found a replacement for her role. Menard has worked for the firm since 2001. His previous title before this appointment was industry banker, traders and distribution for energy and natural resources. Natixis’ Green & Sustainable Hub was established in 2017 and currently has 25 members globally, according to a spokesperson. The role is not new but the firm declined to comment on who Menard replaces.

The bank in August also hired Xing Lan as Apac vice president for the sustainable hub. Prior to joining Natixis, she was most recently an associate director with Carbon Care Asia, providing sustainable consultancy services to clients in Hong Kong, Singapore and Mainland China. 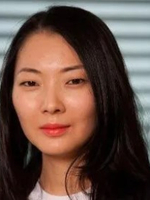 Citi has named Raphael Mun for the new position of head of sustainability and corporate transitions for Citi’s banking, capital markets and advisory business in Asia Pacific.

Mun will relocate to Singapore from London to lead BCMA’s sustainability and environmental, social and governance (ESG) strategy and client engagement in the region.

Mun is currently a senior banker in Citi's project and infrastructure finance division for Europe, Middle East and Africa, where she focused on renewables and energy transition. She has over 19 years of experience across structured finance, infrastructure, power, energy and real estate.