Diversity inclusion makes sense from an organisational and investment perspective, and institutional investors have been working to improve gender parity within their organisations and in their investee companies.

“Ultimately, there is a war for talent. And so why would you limit it to 50% of the population?” Deanne Stewart, chief executive of Aware Super, said at the Responsible Asset Owners Global Symposia in March. “Here in Australia, not only do women represent 50% of the population, but about 60% of those that graduate from university. Being able to tap [that talent pool] and have a good balance across your organisation from a talent perspective matters.” 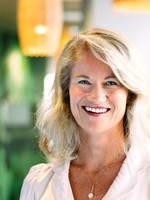 During the panel session, which discussed the use of inclusivity and diversity as enablers, Stewart also shared a personal anecdote about how a “micro-moment” can set the tone of an organisation.

“Consider this scenario that you've got a senior head of role that you're about to hire,” she said. “You have a couple of really good candidates, possibly one candidate that's slightly stronger than the other. But that candidate has just arrived back into your country, is five months pregnant, likely about to go on an extended maternity leave. And then you've got another candidate that is a male, and he's not about to go on paternity leave. What do you do?”

That was the position she found herself in when she had first returned to Australia after 11 years of living abroad.

“The reason I bring this up is that it is in each of these micro-moments that we set the tone as leaders of our organisation, and that gender equality really matters to each of us. Also when I think about my own children, having both a daughter and a son, I want to know that they have equal opportunity to shine and reach their potential,” she said.

A push in recent years to improve gender diversity in the asset management industry and an effort to improve the profile of women in top positions may have also skewed the true state of the industry. “The industry by any measure is still notoriously male-dominated. You still have about 80% of portfolio managers who are male,” Lori Heinel, global chief investment officer at State Street Global Advisors, told AsianInvestor in an interview.

“We've made some progress. But I would hardly say that the war is over… I happen to be a female leading a very large asset manager, but I'm one of a very, very short list of women who are in that position,” she said.

A 2020 report by Mercer found that women made up fewer than 10% of portfolio managers in markets such as Australia, Canada and the US. Numbers were closer to 20% in Hong Kong and Singapore, and around 37% in mainland China.

READ ALSO: Why are there still so few women-led asset managers?

Heinel also observed that women make up a majority of graduates from business schools but represent a fraction of people who join the investment management industry each year.

“I don’t think we’ve made our industry as attractive,” she said. “People still think of the old Wall Street kind of movie dynamic where this is an industry where you have to be cutthroat and you have to work 24 hours a day. It’s not very family-friendly and who wants that? So I don't think we've done as good a job rehabilitating our image as perhaps we need to do.”

SSGA has set ambitious targets to improve diversity in terms of gender and ethnicity within five years across different levels within the organisation – “it's one thing to say, hey, we're gonna bring a lot of women in junior positions, but that's not really getting at the heart of the issue. So we have goals at every level,” Heinel said. To support those targets, the asset management firm put in place programmes to reduce unconscious bias, such as a tool that would make words and phrases in its job descriptions more gender-neutral.

“What we're finding is that most job descriptions in the financial services use very active sorts of words that tend to appeal more to men… and we've moved to more competency-based interviews,” she said.

On the move towards more competency-based interviews, she explained: “As you can appreciate, if you're looking for someone who has 10 years of experience managing emerging market debt portfolio, it's going to be a large population of men."

"So rather than looking for somebody who had that executive experience, could we find someone who had similar experiences or who had the same competencies, analytical capabilities, the ability to influence, and the ability to make decisions.”

THE NEED FOR ADVOCACY

Just as Stewart needed a voice at the top to advocate for her hiring, Heinel remembers an incident when she noticed that a staff member needed an advocate after receiving a negative performance review at the end of a year of positive ratings.

“She was very devastated when she got that rating. We talked through it, and it turned out that it had been done in a way that didn't capture all the information fully. And ultimately, when her manager and her manager’s managers went back to the performance review, they shifted it a bit to reflect more of the full body of what she had done,” she shared.

“It turned out there had been one thing that caused more of a recency bias that had led to the rating, but we were able to put that in context of all the other things that she did.”

The incident reflected the need for a voice to advocate on the person’s behalf. It was important “behalf to make sure that there wasn't something going on that was undermining her ability to be successful and undermining her confidence,” she added.

SSGA also has programmes that partner up women and underrepresented minorities with senior executives, which include men and women, who act as mentors and coaches to help them network across the company and advocate for them.

“It wasn’t until much, much later in my career, I had actually someone that I respected – a woman – and she said ‘you need to think about your relationships very strategically. Going to lunch with a colleague isn't just networking or just socialising. It's thinking about building that relationship strategically, so that when something happens, you're going to have a different partnership or relationship to build on’.”