Sun Life Financial Asia, the Asian arm of Canadian insurer Sun Life, is diversifying its investments in the Chinese equity market by shifting some of its focus from a few big tech stocks to sustainable thematics like carbon neutrality, which includes clean energy and electric vehicles.

The insurer sees strong and sustained growth and government support in carbon neutral-related investments in the country. Moreover, it believes that Chinese cybersecurity regulatory overhauls facilitate fairer competition among companies in the domestic market, and thus a favourable environment for Sun Life's search for opportunities in other industries.

“You don't see a reversal in carbon neutral-related policies. So that's an area that is very clear in terms of policy, direction, and growth. I'm looking at industries, themes, and companies that particularly benefit from that,” said Jimmy Weng, Hong Kong-based Asian head of equities at Sun Life Financial Asia.

“I'd like to diversify my portfolio and not just have a very big overweight position on Tencent or Alibaba,” he added.

Besides China, the insurer also plans to diversify into new equity markets in Asia. It is closely watching export-oriented and domestically focused emerging markets with a strong and sustainable economic recovery, where companies’ stock prices haven't reflected their strong earnings momentum. In Sun Life’s general account, equity investment is predominantly focused on Asia – with mainland China and Hong Kong making up the largest pieces of the pie – and contains both active and passive positions.

The life insurer favours emerging markets’ attractive valuations as well as their strong potential for recovery and growth, although Weng declined to provide specific portion sizes or targets.

Meanwhile, Australian superannuation fund State Super has shifted its US-listed China exposure, via external manager Ninety One, all to Hong Kong listings last year, due to ongoing regulation uncertainties and geopolitical concerns. The fund also has exposure to China’s A-share market through an All China Equity mandate with Ninety One. 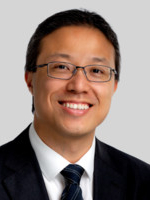 State Super manages A$44 billion ($33 billion) in assets. It also has diversified stock portfolios with China exposure that are separate to those via Ninety One, but they have tended to be underweight the information technology sector. “We see regulation risks in stock selection and portfolio construction as a discretionary, not systematic, issue,” Wu said.

China’s cybersecurity crackdown on ride-hailing giant Didi at the beginning of July has been dragging down Chinese internet companies’ performances since July 2.

But, certain thematic sectors like carbon neutrality, such as clean energy, electric vehicles, and batteries, have been performing well and favourable for long-term investors, Weng noted, despite the broad equity markets in Hong Kong and mainland China not performing strongly this year.

The Hang Seng Tech Index of 30 major Chinese internet companies slumped as much as 12% from 8,155 points on June 30, and has been trading below 7,500 points this week.

By contrast, electric vehicle (EV) stocks have been rallying since May, supported by strong sales performance and favourable government policies. Leading company BYD’s share price has surged as much as 67%.

“China is not just all about the internet,” Weng stressed, noting that there has been too much attention on the tech sector, with giants like Tencent and Alibaba taking up the spotlight. Although the regulation changes in China’s internet sectors have posed short-term risks to equity investors, other industries are set to benefit as investors and consumers shift their focus, he added.

“We see themes such as carbon reduction and consumer spending taking the front stage more so than tech or e-commerce perhaps in the next few months,” said Tai Hui, Asia chief market strategist with JP Morgan Asset Management.

Hui told AsianInvestor last week that investors need to be open-minded and to explore new opportunities like small- and mid-cap companies on a valuation basis.

As China’s GDP growth normalizes, corporate earnings growth momentum should slow down as well. Investors may remain cautious as uncertainties about monetary policy and sector regulation persist, likely putting pressure on stock valuations in the second half, he noted.

“In this environment, investors should focus on quality companies with long-term growth potential,” he stressed. Over the longer term, interesting themes include carbon neutralisation and self-sufficiency in key technologies, he added.

Huge cuts in emissions from real estate assets will be essential to reach net zero carbon by 2050. Columbia Threadneedle Investments’ carbon neutral real estate approach has been established for over a decade and offers major benefits for all stakeholders.
Asset Owners
Staff Writers

The most recent crackdown on the Chinese ride-hailing firm has investors speculating on who’s next. Experts say short-term pullback on US-based listings can be expected.
Alternatives
Twinkle Zhou

Regional transactions are bouncing back to pre-Covid levels, but experts caution that each geography requires a different investment strategy.
Asset Owners
Richard Newell

The run-up to the COP26 meeting in Glasgow provides an opportunity for governments to take stronger leadership on the climate crisis as scepticism over green financing escalates.
Asset Owners
Sara Velezmoro

The asset allocation of Indonesian pension funds showed a flight to safety last year, but did fear outweigh the numbers? Some experts argue, in the light of local equities, for staying the course.
Partner Content
Schroders

As more multi-asset portfolios integrate sustainability, such portfolios’ ability to navigate short-term swings in performance is enhanced without sacrificing longer term returns, says Schroders’ Jason Yu. In this Beyond Profit series, the firm explores both investing in sustainability-driven sectors and incorporating ESG considerations in the investment process.
Continue to site
Skip