Korea’s National Pension Service’s newly stated desire to fill 54 vacancies in its investment department underlines a pressing need to round out an underpowered investment team as its asset base continues to grow. Successfully filling these positions will be important for it to successfully expand overseas and alternative asset investments, say experts.

The world’s third-largest pension fund has been short of investment talent since 2017. Over 130 executives have fled NPS Investment Management since that year, when it was relocated from Seoul to Jeonju, which is a three-hour drive from the capital.

The spate of new appointments is intended to reverse this brain drain and help NPS manage an asset base that is predicted to rise from W860 trillion today to W1 quadrillion ($763 billion to $888 billion) by 2024.

The new vacancies are particularly focused on alternative assets and environmental, social and governance criteria. The pension fund is using the NPS WING’s Program, a hiring strategy that it announced will “foster global asset management experts who will lead the era of KRW 1,000 trillion in fund management”, when introducing it on April 26.

Among the 54 positions available*, 51 are fund managers, including 10 senior management roles, with each covering one investment theme. The remaining three roles are for legal and technical support.

Of the 51 fund managers, six are for overseas equities, three for overseas bond and foreign exchange, and 19 for domestic and overseas alternative investment. Of the latter, seven will be for private equity and venture capital, and six each for real estate and infrastructure investment. The program also designates six people for risk management.

Managers for each asset class will be responsible for direct investing or for setting strategies and managing external mandates, a spokesperson for NPS Investment Management told AsianInvestor. The pension fund intends to hire the new managers by asset class and functions, so it is difficult to sum up how many will be for overseas investment management, the spokesperson said.

In January, NPS told AsianInvestor that it planned to add 38 staff and restructure the investment unit. The spokesperson confirmed these 38 new hires are part of the 54 positions identified by the WING programme.

Diego López, managing director of Global SWF told AsianInvestor that NPS appears to be looking to bring in new talent to expand allocations to international and private markets and also to improve its overall investment performance, perhaps to the level of the Korea Investment Corporation.

NPS has been divesting from domestic equities recently as part of its rising focus on overseas investments, López noted. It needs to do so in part because the proportion of overseas assets are set to grow to about 55% of its total portfolio by 2025.

As of the end of February 2021, NPS had W321 trillion in overseas assets, accounting for 37.5% in total assets. The spokesperson confirmed that it intends to hire more fund managers for its overseas offices, without elaborating.

In addition, NPS intends to raise its alternative asset exposure to around 15% of AUM by 2025, a delayed timeline under a five-year plan it unveiled in 2017. They stood at 10.7% of AUM at the end of February, and NPS wants to raise this to 13.2% by the end of this year.

That could be a challenge, given that its overall allocation to alternatives has basically been static since reaching 10.8% in 2017.

One of the reasons for the pension fund falling behind its self-imposed target is that alternative investments require a lot of due diligence, which takes more time and resources versus liquid asset classes such as fixed income, said Andrew Shin, head of investments Korea with Willis Towers Watson.

“If they can successfully hire, train and retain those talents, they will be able to keep up with the overseas exposure, including alternative investment assets,” Shin said.

NPS is also increasing its emphasis on responsible investing, something it has come to relatively late when compared to many asset owner peers. 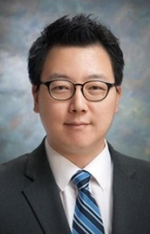 “We estimate that an asset management size related to ESG investment will increase to about 50% of the fund's total assets by the end of 2022,” NPS’s spokesperson told AsianInvestor.

The pension fund has assigned four positions in its hiring programme for responsible investment and shareholders rights globally. Starting this year, it will also apply its integrated ESG strategies to foreign stocks and domestic and foreign bonds under its direct management, with a focus on environmental and social factors, chairman and chief executive Kim Yong-jin told local media recently. The fund will also engage more in the management of foreign firms regarding ESG issues, he added.

Janet Li, Asia's wealth business leader for Mercer, noted that Asian asset owners generally have rising investment personnel requirements, as they often have increasing assets and need to continue to monitor and review the operations and decisions of outsourced asset managers. This is especially important when an asset owner commits to ESG investment. Those sort of investments are not always available in the market in their original form, and as a result the asset owner has to take its original goals or targets and engage with fund managers to adapt them into practical investment strategies, Li said.

It is also vital that asset owners have strategic plans about how they expect to manage their asset growth, and to deploy resources to support these expanding investments in advance, such as bringing in ongoing trainings, in order to avoid a resource crunch, she added.

When compared to global peers, NPS lags behind in assets managed per capita.

For instance, the Canada Pension Plan Investment Board had an AUM of $394 billion as of end 2020 and 1,824 employees, meaning the fund effectively had $216 million per employee. In contrast, NPS had an AUM of $740 billion by the end of 2020 but only 280 staff, of $2.7 billion per investment staff. Even after the 54 positions are filled each member would still account for $2.28 billion, based on NPS’s latest AUM of $860 billion.

It will also take time to fill the 54 vacant positions. Willis Towers Watson's Shin thinks they will probably be filled in a continuous and evolving process, and NPS may need to do more work about how to keep managers incentivised and motivated. Those efforts should include better alignment of performance and compensation, he added.

“Many in the industry still feel that you can gain great experience with NPS [as it is the world’s third-largest pension], but at the expense of lower compensation and autonomy. This of course is likely why managers seek to leverage their NPS experience elsewhere rather than continuing tenure at NPS,” said Shin.

*Please click here to visit NPS's blog and learn more details about the 54 positions and the asset owner's hiring programme.

The National Pension Service believes better governance and a more consistent strategy will be the results of keeping its chief investment officer in place - and industry experts agree.
Asset Owners
Shusi He

The third-largest pension fund in the world is still planning to reduce domestic equities despite calls from retail investors for it to support local stock prices.
Asset Owners
Hans Poulsen

The Korean state pension fund is pursuing a seemingly muddled strategy, investing in fossil fuel projects even as it says it will implement environmental, social and governance efforts.
Moves
Staff Reporters