The prospect of tighter rules might seem to be a positive development for asset owners, but it is failing to entice the ones based in Korea, despite the country hosting one of the world’s largest cryptocurrency markets.

Korea possesses some 200 local crypto exchanges that boast a combined daily turnover that sometimes tops $20 billion, triple the volume of its stock market. It has also recently introduced regulations to tighten oversight of the cryptocurrency market.

Local institutional investors are not taking part. They bemoan the difficulty of properly evaluating the currencies' unified risk and return valuations, along with their volatility.

The chief investment officer of a local asset owner told AsianInvestor that the valuation tools or methods that exist – some compare cryptocurrency with the value of gold – are too diverse for an asset owner to effectively use.

He added that his organisation has a strict audit process that would trigger warnings were he to invest even a small portion assets into a volatile and unpredictable asset class.

"In order to invest in that area we need someone who is really specialised, who has a better understanding about the digital asset. Currently, no one [at the asset owner] is really well prepared," he said.

However, the CIO believes the asset class could become more interesting if the market matures over the coming few years. "If there are really sophisticated, really well experienced external managers are available with a long proven track record, then maybe we can consider it."

While the asset owner is steering clear of cryptocurrencies, the CIO said it holds a small venture capital position that includes exposure to some technology companies that are related to the digital currency.

Korea Investment Corporation (KIC) is also showing a nascent interest in digital currencies. A spokesperson told AsianInvestor the sovereign wealth fund is "closely monitoring" the current debate and development over the legislation of cryptocurrency and proposed regulatory frameworks globally.

The only known investor affiliated to an Asian asset owner to have publicly invested in a cryptocurrency is Hanwha Investment and Securities, the brokerage arm of Hanwha Group, which also owns Hanwha Life Insurance.

In early February, the firm announced it had bought a 6.15% stake in Dunamu, an operator of cryptocurrency exchange Upbit, one of Korea’s largest, for about W58.3 billion ($52 million).

When announcing the purchase, a Hanwha Investment official said it was a mid-to long-term investment to help it cope with a fast-growing fintech industry. Hanwha did not respond to AsianInvestor's request for comments.

Investment observers say the concerns about cryptocurrency investments extend among most asset owners, particularly in Korea.

“Currently, regardless of regulation, I don't think cryptocurrency is an asset that asset owners can invest in. In particular, public funds such as the National Pension Service are unlikely [to get any exposure to it],” said Andy Jung Seung-hye, director of manager research with Morningstar Korea. Asset owners will at the least need to see regulatory clarity around cryptocurrencies. This is a moving target.

On March 16, the Financial Services Commission, announced that cryptocurrency exchange operators must apply for a Virtual Asset Service Provider licence by September 24. To do so, they must partner with banks to open real-name accounts for traders, or face closure.

This followed the government proposing a Virtual Assets Act earlier in May to limit crypto-related companies’ ability to trade digital assets or increase their liability, to curb risks of price manipulation. Any violation could lead to over a year in jail.

Tax is another uncertainty that surrounds cryptos in Korea. Morningstar’s Jung notes that the Korean government is looking to introduce a 20% capital gains tax on any trading profits of over W2.5 million ($2,242) made from cryptocurrencies next year. 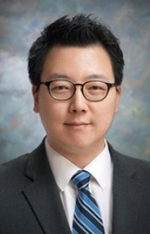 Andrew Shin, head of investments Korea with Willis Towers Watson, is also sceptical that asset owners will look to invest or trade in cryptocurrency itself anytime soon.

“It doesn't really satisfy as a legitimate asset class. If it's equity, you can apply the discounted cash flow (DCF) model to some evaluator to estimate the present value of the asset based on the future cash flows. But cryptocurrency is very different and very controversial. Can you make an investment in anything just because you think people will buy more and more in the future?” he told AsianInvestor.

He said asset owners he has talked to have shown interest in the asset class, but stress that it fails to meet their needs on several fronts, most particularly the fact that it does not generate predictable income or dividend of cashflows.

Shin said it is possible Korean asset owners will pay greater attention to the possibilities of blockchain technology, especially if a company adopts the technology to further enhance its efficiency and market share. It is also possible that the investors could consider gaining cryptocurrency exposure via derivatives, he added.

Regional asset owners are still wary of volatile cryptocurrencies, but they say central bank-backed digital currencies could become investment friendly over the next five to 10 years.
Alternatives
Natalie Koh

Many investment offices of wealthy families are more concerned with making money from cryptocurrencies than fretting about their environmental impact.
Asset Owners
Shusi He

The National Pension Service believes better governance and a more consistent strategy will be the results of keeping its chief investment officer in place - and industry experts agree.
Fund Managers
Twinkle Zhou