Singapore made up half of the appointments: Rachel Teo has been promoted to MD of sustainability from her previous position of futures head, Ken Lim has been made MD of public equity from deputy head of Asia Pacific equities and portfolio lead for the sustainable investment fund, Lee Zhi Zhang is now MD of investment services for private markets and finance, Celine Loh will lead investment services for public markets, and Daniel Tse has been appointed MD of the technology group.

The remaining appointments were Andrew Dench and George Kay from the infrastructure team in London, Heidi Miskin and Jason Young for private equity in New York, and Chris Emanuel in the technology investment group in San Francisco.

GIC declined to comment except to say that all the appointments were made effective on June 1.

According to the GIC website, the global leadership group holds enterprise leadership roles in GIC to lead teams and drive cross-functional efforts.

Separately, the sovereign wealth fund has promoted Nader Naeimi to managing director and head of multi-asset, global macro in Singapore with effect from June 1. AsianInvestor understands that he is not part of the global leadership group.

The former AMP Capital executive joined GIC 11 months ago as a senior vice president and portfolio manager. The 20-year veteran at AMP also worked for GIO Asset Management and Bankers Trust earlier in his career. M&G Investments has appointed Low Guan Yi as head of fixed income, Asia Pacific with effect from July 25, according to a company statement on Monday (June 6).


Based in Singapore, she will report to Jim Leaviss, chief investment officer of public fixed income, and Loretta Ng, head of Asia Pacific, and will be responsible for developing the firm's capabilities by expanding the team and launching new client strategies.

Low, who has more than 20 years of experience in Asian fixed income markets, joins from Eastspring Investments where she held a similar position. HSBC has announced the appointment of Irene HY Chen as the global head of Ultra High Net Worth (UHNW) solutions under its investments and wealth solutions (IWS) division for its wealth and personal banking (WPB) business. Chen replaces Patrick Boumalham who took on a new role in February 2022 as head of wealth sales for Asia-Pacific and the Middle East, within HSBC’s markets and securities services business, a spokesperson told AsianInvestor.

Chen will be based in Hong Kong and will join HSBC on August 1 from Citibank where she was most recently head of cross-asset solutions for Asia, responsible for providing highly structured solutions to HNW and UHNW clients and family offices. She will report to Karl Faivre, head of IWS EMEA (ex UK) and Switzerland.

According to Chen’s LinkedIn, she is still active in her role at Citibank in Hong Kong. A Citibank spokesperson has declined to comment on AsianInvestor's request for information on Chen's last day and her replacement.

Prior to Citibank, Chen has led the structured products and derivatives business at Barclays Wealth and Investment Management for Asia-Pacific, Middle East and Africa and has worked at Credit Suisse and Commerzbank as the team lead for derivatives structuring and marketing.

The appointment comes seven months after Huang was named the bank's interim head for Apac asset management in November.

She will continue to report to Ulrich Körner, chief executive of Credit Suisse Asset Management, and be a member of both the asset management and Apac management committees, according to a release shared with AsianInvestor on Tuesday.

Huang joined Credit Suisse in 2006 and has held various leadership roles in investment bank and asset management functions. Since 2014 she has served as the Swiss bank’s head of asset management for China tasked with developing the bank’s China onshore presence. 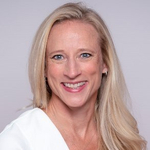 In her new role, she will be responsible for executing the asset manager's plans to become a leader in sustainable asset management, which includes achieving a net-zero portfolio by 2040.

Kloberdanz joins from Mastercard where she held the same role for the last five years, which included financial inclusion efforts and the Mastercard Impact Fund. She also headed the company’s net-zero emissions by 2040 commitment, environmental products and solutions, and its first sustainability bond.

Prior to that Kloberdanz was responsible for IBM's global corporate sustainability strategy.

Mastercard did not respond to AsianInvestor’s request for comment on Kloberdanz’s replacement. 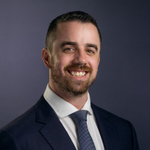 Victorian Funds Management Corporation has hired Jesse Imer as a portfolio manager for its fixed income team in Sydney.

Imer was previously a fixed income portfolio manager at Mason Stevens, where he oversaw more than $1 billion in fixed income investments for the group.

Before that, he was an execution trader at State Street for nearly three years. He has also worked in fixed income trading sales at Bloomberg and has previously held roles with Curve Securities and the National Australia Bank.

He will report to Nick Tribe, VFMC's head of fixed interest and absolute returns.

Imer’s appointment comes after a slew of hires from VFMC in recent months, which include Leanne Taylor as head of portfolio strategy and asset allocation, and Shali Lingaretnam as head of investment stewardship.