Fresh from a rebranding, Active Super is preparing for longer-term inflation and is sticking to equity positions, with liquidity and fee pressures preventing it from increasing its alternative asset allocations. With the rebranding, the fund aims to “generate member outcomes across three broad dimensions, the first of which is of course, investment returns,” chief executive Phil Stockwell told AsianInvestor.The A$12 billion ($9.15 billion) superannuation fund announced on May 25 that it had rebranded to Active Super as part of a “natural progression” since 2009 when the fund opened to members outside the local government sector.

The fund also aims to keep fees at a “reasonable level” and improve member experience, he said. The fund has cut administrative fees for several schemes and removed switching fees from July 1.

Both Stockwell and chief investment officer Craig Turnbull told AsianInvestor that the rebranding will not affect its plans. However, Turnbull said that it is “quite possible that [inflation risks] will be active in our investment strategy.”

Inflation overtook Covid as the top-rated concern for institutional investors in March in a BoA survey, and they were proven right when inflation reached 4.2% in Australia in April – the highest level since 2008.

Some asset owners such as industry superfund Cbus (Construction and Building Unions Superannuation) believe that inflation risks are transitory and that investors simply need to adjust their strategies after 30 years of disinflation. However, Turnbull thinks differently.

“We are concerned that some investors and some central banks are too confident that the inflation surge will be transitory. From what we see in business surveys and company announcements, higher inflation may persist for longer than is comfortable,” he said.

“This could result in market volatility, so we are making sure we have some liquidity available to take advantage of opportunities,” he added, without specifying further.

Super funds in Australia have been faced with liquidity pressures since last year when members were allowed to withdraw from their pensions to cope with the Covid-19 pandemic.

“We were able to manage liquidity in the Covid crisis pretty well,” Turnbull commented. “We were not forced to dispose illiquid assets and we were able to take advantage of opportunities in the aftermath of the crisis. This was mostly funded by bond holdings, which were liquid enough to sell cheaply.” 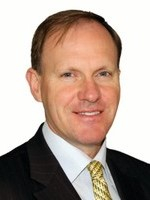 Asset owners in Asia are looking to increase allocation to alternatives over the next six to 12 months, but Active Super is instead focusing on equity and has no plans to change that.

“We are encouraged by the outlook for economic growth in Australia and overseas. This has drawn us to share markets,” Turnbull said.

“We have had this focus [in private equity, private credit and infrastructure] for at least 10 years. The allocation is not rising and is not likely to rise,” he said. “We have liquidity constraints and fee pressures that limit us in this area.”

The fund has not made available its overall asset class allocations, but its 2020 annual report stated that its medium-risk balanced option had 30% allocated to equity, 23% to bonds, 19% to absolute return funds, 8% to property and 20% to other alternatives, mostly to private equity and opportunistic assets.

As part of its rebranding, the fund has also reaffirmed its commitment to responsible investing. It was certified carbon neutral in 2019 and was the first Australian super fund to cease investments in the tobacco industry two decades ago.

“We take a different approach whereby ESG is a whole-of-fund approach. So it’s not just a sustainable option; every product is… managed in a responsible way, all the asset classes,” Stockwell said.

“We avoid funds or managers that are attracted to business activities that are excluded by our ESG policy. That is because we can’t mandate exclusion in a pool fund. We also are attracted to alternative assets that have a positive impact, like renewable energy, as long as they are providing a competitive return,” Turnbull added.

The Australian superannuation industry has been consolidating as regulatory pressure for performance has pushed small and mid-sized funds into mergers. However, Stockwell has no interest in mergers "at the moment".

"We believe there is a place for a medium-sized funds if you're delivering that strong performance for your members in terms of returns, fees and services. And we're looking to use size to our advantage... If you're deploying smaller amounts, it means that you can go into places that the larger funds can't go into. And so we certainly look to take that to our advantage. And an example of that is small caps," he said.

However, he admits that consolidation and increasing competition among super funds for members are a challenge as the emphasis on performance grows.

Active Super's 10-year annualised compounded rate of return for its balanced option was 6.1% as of June 2020, compared with the industry average of 6.4%, according to Chant West, a data analytics firm for super funds, financial advisers and individuals.

"Regulatory pressures and performance benchmarking is forcing super funds to be more peer aware and conscious of the tracking risk to regulator benchmarks," Turnbull said. "We have to move with the times, even if this requires more member education. But we will always do what we think is best for members."

"In this environment, members may have to learn to live with some volatility to get a higher return in the long term," he added.

Rising prices appear to be mostly transitory but could begin to pose broader concerns if they remain elevated for a long period, the asset owner believes.
Asset Owners
Hugo Cox

AustralianSuper, Aware Super and Cbus continue to be optimistic about equity returns after posting their best performance in decades, even as half of Australia goes under lockdown.
Asset Owners
Shusi He