India’s equity market had a stellar year in 2021 and with an end to the economic disruptions of the pandemic in sight, as well as strong policy reform, sectors like real estate and manufacturing appear ready to enter an up-cycle.

“India is likely to be the fastest growing market within emerging markets both in terms of GDP and corporate profits between 2021 to 2023,” Anand Gupta, portfolio manager at Eastspring Investments, told AsianInvestor.

According to Gupta, India’s growth won’t be driven by just one part of the economy as “all components of GDP are expected to fire in the next two years, as consumption has been lagging because of the pandemic”.

Indian equities have had a stellar year thus far in 2021, with the MSCI India Index up 21% in US dollar terms, compared to a decline of 4.5% for the MSCI AC Asia Pacific ex Japan Index.

Despite the huge impact from the Delta variant, the market rebounded swiftly on the back of a better-than-expected macro recovery post-pandemic, a rapid pick-up in vaccinations, the government’s commitment to policy reform that will encourage investments, and greater access to new economy stocks with a slew of new listings. 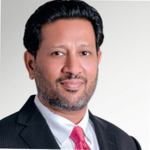 “The policy environment in India has also been very conducive to the outlook for accelerated growth.  India has seen some political change over the last six years, both the lower house and the upper house of legislature has become much stronger.”

Another factor that will play a large role in India’s economic growth is the trending China plus one strategy according to Gupta.

“Global corporations, including the likes of Tesla, now want to diversify their supplier base beyond China and that is leading to recovery in exports and is increasing capacity utilisation across emerging market sectors,” he said.

Real estate in India has been in down cycle for more than 10 years, ever since the global financial crisis of 2008, but Gupta highlights that this sector is now finally entering an upcycle.

“Inventory has started going down and this can have a very big multiplier impact on the broader economy. India is in a very sweet spot, both from a top down and a bottom-up perspective,” he said. “Sectors like real estate, they don't just flip on and off. Once they turn, the cycle stays strong for a few years, both on the upturns and downturns.”

With optimism driving outperformance in India’s equity market, valuations were starting to look stretched and the market has seen a pullback of 8-9% since mid-November, said Kristy Fong, senior investment director for Asian equities at abrdn.

“We are still sanguine about the fundamental prospects of India, though we remain extremely mindful of how we are not entirely out of the woods with respect to Covid. The recent emergence of the new Omicron variant has again underscored the fragility of the pandemic environment, re-introducing volatility to stock markets and a tightening of Covid restrictions across countries,” Fong told AsianInvestor.

Moving forward, Fong sees any sell-off as a buying opportunity, citing the resilience of India and its best companies through cycles.

“The consumption story remains very much intact. Manufacturing, which has been the missing piece in the growth equation, could be in its early stage of an investment cycle if the government’s reform efforts to drive better job creation come to fruition. It is very much down to execution,” she said.

Throughout 2021, the sectors that performed well in India were those that would do well in a cyclical recovery along with supportive policy measures, said Fong. These include real estate, industrials and materials.

“We are upbeat about the leading property developers which have done well from reform-led industry consolidation. Companies that do well from improving infrastructure spending and housing construction should also deliver earnings that exceed GDP growth,” she added.

Inflation, hiccups in the pandemic recovery and even supply chain disruptions are global headwinds that are not unique to India. However, analysts say India is better prepared today in the face of the pandemic and managing interest rate hikes or inflation due to a healthier fiscal and current account position.

The Reserve Bank of India (RBI) held their final meeting for the year last week, and the central bank’s Monetary Policy Committee announced that key rates would remain unchanged, in line with investor expectations.

Also in line with the market’s expectations, it was revealed at the end of year meeting of the Federal Open Market Committee yesterday that the rate at which the Federal Reserve tapers off its asset purchases will accelerate “Inflation at  around 5-6% is likely to remain sticky. A dovish RBI means that it is likely to withdraw stimulus measures only at a gradual pace,” Vivek Bhutoria, global emerging markets co-portfolio manager at Federated Hermes told AsianInvestor.

“The RBI’s strong FX reserves provide India with a strong cushion on accelerated Fed tapering and India’s macro vulnerability has reduced considerably compared to the taper tantrum in 2013. Inclusion of Indian sovereign bonds in global bond indices is expected - this could lead to $15billion to $20billion of annual capital inflows,” said Bhutoria.

The economy could face headwinds from softening external demand, global supply bottlenecks and the risk of a domestic outbreak which could reverse the previous easing of restrictions, he said.

“Valuations for India have moved up, so there could be some near term consolidation while earnings catch up. However, longer term, the factors driving India’s growth are trending well which over time will get reflected in earnings and stock prices.”