Sustainable infrastructure assets are set to be some of the most favoured real assets of 2021 as the world’s economy gradually recovers from the Covid-19 pandemic, according to Ontario Municipal Employees’ Retirement System (Omers) and other investment experts. 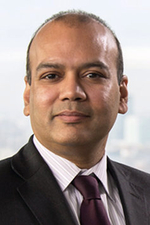 “I definitely see a stronger move towards a broader kind of sustainability, ESG and decarbonisation agenda, and that is true in most places across the globe… the 'green' side of the economy will definitely see continued, increasing investments,” Prateek Maheshwari, head of Asia infrastructure at Omers, told AsianInvestor.

He said Omers is open to collaborating with other institutional investors and asset managers when it comes to investing into infrastructure projects, or doing direct investments itself. "We can do it 100% ourselves, or we can work with like-minded partners."

The appeal of green infrastructure is down to its ability to tap into two areas of rising attraction: a shift away from fossil fuel energy and towards sustainable investments that mitigate climate change, along with a recognition that such infrastructure should reliably offer predictable levels of revenue for years to come.

“I can see a lot more activity happening related to sustainability and decarbonisation. This will of course be reflected in the renewables sector, but also in areas linked to environmental sustainability, [such as] waste management,” said Maheshwari of the C$109 billion ($83 billion) Canadian pension fund.

He said that there are renewable power investment opportunities across many countries in Asia, including India, Indonesia, Vietnam, Japan, South Korea and Taiwan.

Environmental, social and governance (ESG)-friendly assets are increasingly gaining appeal with asset owners across the world, including Asia. While this interest began with public equities, it is increasingly shifting into alternative assets, including infrastructure.

Infrastructure asset can provide direct exposure to responsible and sustainable investments because they are long-term in nature, which plays a critical role in the sustainability of communities, he added. 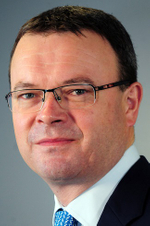 Infrastructure investment is key to economic growth, meeting climate and sustainable development goals and helping societies cope with systemic challenges like the Covid-19 crisis and climate change. However, global infrastructure investments are $2.5 trillion to $3 trillion short of the total estimated need, according to a report released by the Organisation for Economic Co-operation and Development (OECD) in October 2020.

The asset class as a whole is gaining appeal with major investors. In large part this is because the investment returns on traditional investments such as bonds and stocks are persistently below historical levels. Meanwhile, overall infrastructure investments have returned a net annualised return of 8.7% in the decade to June 20, according to a report released by alternative fund data provider Preqin last year.

The asset class has established a strong track record over the last decade that underlines its ability to both enhance a portfolio’s returns and mitigate its risk, Khazzam said.

“Looking into uncertainty ahead in 2021, these characteristics, including also low correlation to other asset classes, will have a role in portfolios. We think private core infrastructure will continue to be a way for investors to generate income, diversify portfolios and hedge against inflation,” he said.

In addition to green infrastructure, societal demands on digital and communication infrastructure have grown stronger across much of the world over the last nine months since the pandemic broke out. Transportation assets continue to present potential investment opportunities, Omers' Maheshwari said. “There was uncertainty [in 2020] when it came to transportation, given restrictions on mobility. The question mark is on when things will return to pre Covid levels,” he said. “We firmly believe that fundamentally important infrastructure, including airports, especially those in good locations, will rebound.”

The Asia region, in particular, offers the possibility of new infrastructure investments, courtesy of its population growth, urbanisation and a rising middle class. The region has a mounting need for new transportation infrastructure or to modernise existing infrastructure, he said.

Omers is interested in supporting and benefiting from these needs. The pension fund is an infrastructure specialist, and aims to have between 5% and 15% of the infrastructure portfolio in Asia Pacific in five years’ time. The region only accounts for about 8%, or $1 billion, of its global asset allocation at present, of which 7% is in Australia and 1% in India.

It is looking to broaden its scope beyond its Australia and India holdings and is considering projects in Singapore, Taiwan, Japan and South Korea, and increasingly also Indonesia and Malaysia, Ralph Berg, global head of infrastructure at Omers, told AsianInvestor last year.

Berg noted then that the fund targets returns on infrastructure investments of between 8% and 12% for developed, mature economies such as the US, Australia, Germany, the UK and developed Asia. It expects assets in Japan, South Korea, Taiwan and Singapore to price at the lower end of that range, he noted, and developing Asia to be at or slightly over the upper end.