The trend of rising interest rates marks an ambiguous turn of events, as it poses both investment opportunities and puzzles for the life insurers, according to Teruki Morinaga, director of insurance at Fitch Ratings Japan.

Every life insurer is primarily mulling over accumulating more Japanese government bonds (JGBs), Morinaga told AsianInvestor. The JGBs are effective for risk management and to cope with a new regulatory regime slated to be introduced in 2025. 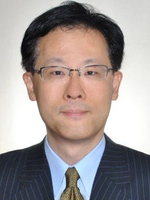 “Most companies are also trying to take advantage of [the foreign bond situation]. Depending on each company, they might seek currency hedged fixed income opportunities in Europe or in US fixed income without currency hedging, considering the rising cost of hedging the US dollar,” Morinaga said, adding:

“If the Japanese bond yield rises more than expected, they will try to allocate more to superlong JGBs rather than foreign bonds. It depends on the market situation.”

Japanese life insurers had over ¥409.3 trillion ($3.3 trillion) of assets under management (AUM) as of end March 2022, according to the Life Insurance Association of Japan, and 38.7% of that total was allocated to JGBs, while foreign securities made up 26.6%.

Japanese life insurers’ big positions in government and corporate bonds overseas are especially centred around the US, followed by Europe, Australia, and the UK. The US bond yield is rising relatively high compared to Japan.

Simultaneously, the Japanese yen has been depreciating against the US dollar. Japanese life insurers have an “open position”, meaning on average 60-70% of the bonds have been currency-hedged, but roughly 30-40% of the foreign bond portfolio has not been hedged.

“All four insurers reported higher investment margins mainly because of increases in stock dividends and the Japanese yen value of foreign bond interest income arising from the yen’s depreciation against the US dollar. We expect investment margin to improve as interest rates rise,” Moody’s wrote on June 2.

Still, some life insurers are thinking about investing more into the eurozone along with currency hedging, according to Fitch Ratings Japan’s Morinaga. Currency hedging costs against the euro have not been rising since interest rates in the eurozone are still relatively low.

Meanwhile, although the hedging cost against the US dollar is rising again, some companies are planning to buy more US dollar-denominated bonds, because the interest rate rise seems more certain compared to Europe and especially Japan.

“However, hedging costs are also rising, so some life insurers are saying that by using their ample excess capital buffer, they are buying more US dollar-denominated bonds without currency hedging. If the yen depreciation trend continues, their investment will turn out to be successful for the time being,” Morinaga said.

The rising interest rates in the US and to a smaller extent Japan is overall positive for the Japanese life insurers, because this will create better investment opportunities over the mid- to long-term. It means they can invest in higher interest rate fixed income products compared to before.

“However, the yield curve has been very flat, so even when buying a 20-year bond, the yield is still less than 1%. The insurers tend to think that if they wait for the next several years, then the bond yield may rise. But that hasn’t happened for more than a decade; actually, it has declined further,” Morinaga said.

As US bond yields are rising, Japanese bond yields are rising marginally in comparison. That moderate increase is still meaningful for Japanese insurers because the Financial Services Agency of Japan (FSA) plans to introduce a new regulatory regime for insurers' solvency margin regulations from 2025 onwards.

The new regime is expected to be similar to the EU’s Solvency II standard to a large extent, where not only assets but also liabilities will be calculated marked-to-market. Right now, like in the US, Japanese insurers’ liabilities are calculated lock-in style, or based on book value. With duration mismatch between domestic corporate bonds and liabilities of insurance products, JGBs will come in favour.

“With most Japanese corporate bonds having less than 10 years duration, while longer duration is seen in the US, [basically] the only opportunities are the 20-30-40 year government bonds, the so-called superlong JGBs,” Morinaga said.

Case in point: Meiji Yasuda Life has already announced that, presuming that the current moderate bond yield rise in Japan continues, they will accumulate superlong JGBs.