Investor demand for transparency will drive an increase in green project bond issuance, particularly as the number of environmental, social and governance (ESG) funds continue to grow, a report published on Monday (July 2) by Fitch Ratings has found. 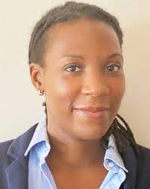 “One of the concerns so-called ‘dark green’ investors have with green bonds is that the overall business activities of the issuer may not be green,” Nneka Chike-Obi, director of sustainable finance at Fitch Ratings and co-author of the report, told AsianInvestor.

Proceeds from green project bonds are used for specific projects or assets, whereas green bonds are loans to the issuer that has committed to financing green activities that may not have been identified yet.

Green project bonds provide assurance to funds concerned about exposure to activities that do not align with their mandate or ethos, she added.

A common example is the 2017 green bond issued by Spanish energy company Repsol. The firm claimed that the proceeds would be used for energy-efficiency projects, but market experts voiced concerns over how the funds would actually be used.

“For non-thematic investors, it doesn’t really make a huge difference, but for those that have very clear mandates, the 'green bond' label doesn’t tell them that much,” said Chike-Obi. Asset owners and managers need to do further due diligence beyond looking at green bond labels to ensure their investments align with their objectives, Robeco’s head of insurance for Asia Pacific Denis Resovac agreed.

One way is to use an evaluation framework that verifies planned allocation of proceeds. “The process we have implemented means the green bonds selected are very much like green project bonds,” he told AsianInvestor.

The report also predicted that the demand for ESG-labelled bonds, which includes green and green project bonds, is likely to grow as the number of thematic ESG funds continues to expand.

The number of green bond funds globally has grown from 21 in 2017 to 82 in the first quarter of 2021, the report wrote. Assets under management has reached EUR22 billion ($26.1 billion) but the pace of issuance has not kept up, with the average oversubscription for euro-denominated green bonds at 4.2 times, as compared with 2.9 times for vanilla bonds.

Excluding US municipal bonds, 180 green project bonds have been issued to date, the Fitch report wrote. However, these remain a small share of total green bond issuance, accounting for only 19 of the 700 green bonds issued in 2020.

Driven by government commitments to net-zero targets, infrastructure is leading the way for green project bonds, with 45% being issued by owners of infrastructure assets.

Comparatively, corporates issued 32% of these bonds, while public entities, financial institutions and sovereigns accounted for 14%, 8% and 1% respectively, according to the report.

Governments including the UK, US, EU and Japan have committed to achieving net-zero emissions by 2050, which will have an impact on industries that produce and consume fossil fuels, and the infrastructure assets that support them, the report wrote.

As countries roll out regulations and policies to achieve these targets, institutional investors anticipate that infrastructure investments will be needed to support these goals.

The report had similar findings, adding that it also expects "transportation sectors, such as aviation, shipping and road vehicles, to become subject to more emissions regulation, which could expose affiliated infrastructure to stranding risk."

Initiatives to mobilise institutional investor capital for infrastructure in Asia include the Asian Infrastructure Investment Bank (AIIB)’s debt securitisation vehicle, Bayfront Infrastructure Management, which repackages loans for infrastructure projects into tradeable securities. In June, it launched its first security backed by a portfolio of 27 loans worth $401 million.

Join asset owners in their discussion on ESG at our Mandating Change Week which runs from October 25-28, 2021. Click here to register.
0 0 0
Top news, insights and analysis every weekday
Sign up for
ASIANINVESTOR BULLETINS
Asset Owners
Staff Reporters

Investors and fund managers must play their part in ensuring that ESG funds deliver on their promise – but only government action will ensure this happens, say conference panellists.
Fund Managers
Richard Newell

Fears of greenwashing are on the rise amid a high-profile probe into DWS Group’s ESG investing claims and warnings from a former BlackRock executive, but how prevalent is it?
Family Offices
Richard Newell

The run-up to the COP26 meeting in Glasgow provides an opportunity for governments to take stronger leadership on the climate crisis as scepticism over green financing escalates.
Asset Owners
Karen Ng