With many mainstream asset classes looking fully valued in early 2021, family office investors are increasingly looking at uncorrelated sources of return, with infrastructure, healthcare technology and trade finance among the most popular assets.

As reported by AsianInvestor earlier this month, family investors are paying increasing attention to private markets and direct investments, partly to counteract the high valuations across all traditional assets and also alternatives.

Panellists at the Asian Family Office Association’s Futurist Leadership Summit held last week said they were particularly looking to infrastructure, which should gain appeal as governments look to gin up their economies to compensate for lower trade flows.

Luis Kho, the Hong Kong-based chief executive of Kho Group, a Philippine family office with exposure to natural resources and real estate development, said “a lot of Southeast Asian countries will be implementing infrastructure projects to boost their economic growth". 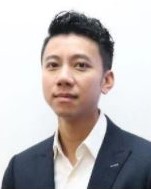 “For us, based in Indonesia, and with a core focus on infrastructure, we see it as a huge asset class, right across Asia. The Indonesian government has explicitly stated that it is going to spending huge amounts of money to plug the infrastructure gap," said Kelvin Fu, a director of Gunung Capital, an Indonesian family office founded by the largest privately-owned steel company in the country. It is investing in infrastructure, building materials, agriculture, real estate and technology, via direct and private funds.

Fu said 2020 was a busy year, “because we were newly formed as a family office, but we had already made several direct investments. We invested in two US companies, one in robotics and the other in alternative energy. We continue to see a lot of momentum in these areas”.

The family office is aiming to benefit from its strong connections to Chinese strategic players and investors. “We are positioning ourselves as a family office to work with other family offices as they want access to this market.”

Hedge funds, which performed well in 2020, are another area of opportunity, albeit selectively, according to Daniel Jim, the founder and chief investment officer (CIO) of Hong Kong hedge fund advisor Tripod. “Single-family office investors can see that valuations are not cheap," he said. "Their priority now is to identify emerging managers who might be able to capture uncorrelated returns, particularly in Asia.”

In addition, Kho believes Asian family offices will become increasingly likely to focus on health and technology. “I’ve spoken to a few other family offices in Hong Kong, and they agree that health concerns will drive the next wave of innovation and investment.”

Justin Leung, an early-stage investor with private client advisor YCP Holdings, agreed. “I can also see that family offices will find investment opportunities amid the Covid-disruption, for those who are well-prepared," he said.

Another key asset class he mentioned was alternative energy applications, especially within smart buildings across Asia. Another panellist, Jean-Louis Scandella, head of responsible quality growth at French asset manager DNCA Investments, is also a believer in new economy areas in Asia. "Fifty percent of my global portfolio now is invested in Asia. The big takeaway is that the old economy is dead. I have zero banks, no car manufacturing and zero traditional retail. My portfolio is now purely focused on disrupting models, new economy developers, enablers and early adopters.

But he said the appeal is such areas does not justify chasing high valuations today.

"There is no way to justify the current valuations, which means that as an investor now, one has to think much more about asset protection than investment return; to assess the difference between strong growth of the economy and the price you have to pay for a piece of it.”

The post-GFC stimulus in the US and Europe “created the biggest asset bubble of all time. I don’t know what is the most overvalued, but I have rarely experienced such a huge bubble, which is a very big risk<' Scandella added.

"Tesla, for me, is a bubble. Think of it – a company which is not even cashflow positive is worth four times Toyota. You can be very optimistic about the fundamentals, but it is still a massive speculative bubble.”

Scandella's said his favoured short-term investment areas include gold, oil, commodities and "cash in currencies that have not been demonetised, like the Chinese renminbi, the Singapore dollar or the Russian rouble."