Australian industry superannuation fund Cbus has promoted Ros McKay to the position of head of responsible investment and has added the newly created role to its investment leadership team.

McKay’s appointment is effective as of September and she will continue to be based in Melbourne.

In the newly created role, McKay is responsible for the evolving development of the super fund's total portfolio approach to managing environmental, social and governance (ESG) investment risks and opportunities. She will continue enhancing and integrating the principles of Cbus' climate roadmap.

McKay has been with Cbus for four years, serving as its head of stewardship and policy for responsible investment. She was previously at the Australian Council of Superannuation Investors where she worked as an engagement and policy consultant. 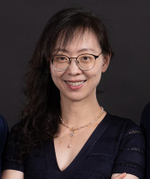 The Family Office Association Hong Kong (FOAHK) has elected Angel Chia as its new chair, with effect from September 15.

Chia, who is the current chief executive of SingAlliance Hong Kong, succeeds Chi Man Kwan, group chief executive of Raffles Family Office, as he steps down after completing his two-year term. Kwan will remain on the FOAHK board as director.

FOAHK is an independent trade association in the family office industry in Hong Kong, with over 40 members representing single-family offices, multi-family offices and external asset manager portfolios which represent over $57 billion in total assets under management across all its members. 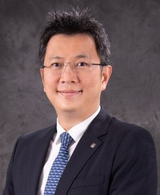 Tharm will report to Calvin Chiu, head of Asia retirement and continue to be based in Hong Kong.

He will remain responsible for those matters in the new role.

Tharm has over 20 years of experience in the financial industry. He joined Manulife, one of the largest pension providers in Hong Kong, from Mercer in September 2020 as the head of product, strategy and transformation, Hong Kong retirement for Manulife Hong Kong. HSBC confirmed the appointment of Lin with AsianInvestor. In this newly created role, she will take the lead in accelerating institutional business development in South Asia and be responsible for HSBC Asset Management’s collaboration with HSBC Life globally, a spokesperson said, without further commenting on the takeover of her previous responsibilities.

Previously, Lin was the head of institutional sales for Asia Pacific, responsible for business development across the region since March 2020. She was also a global account manager for HSBC Life Insurance. Ignace Nguyen has joined Natixis Investment Managers as senior investment specialist starting from September. He will be focusing on sustainable and thematic investment strategies for listed assets in the Natixis IM’s sustainable investment subsidiary Mirova, according to his LinkedIn profile. He is based in Singapore. Natixis IM did not respond to AsianInvestor’s inquiries about the hire of Nguyen.

Nguyen joins from BNP Paribas Asset Management (BNPP AM). A spokesperson told AsianInvestor that Nguyen’s last role was vice president of private bank distribution in Asia Pacific at BNPP AM, and that he left the firm end August. Nguyen was based in Singapore and part of BNPP AM’s wholesale distribution team in the region. The spokesperson said that BNPP AM has started the search for Ignace’s successor.

Prior to his latest stint BNPP AM, Nguyen was previously with M&G Investments in Singapore and Hong Kong, following his first stint at BNP AM with roles in Hong Kong and Paris. Parker will be based in Newark, New Jersey, a spokesperson told AsianInvestor, while not responding to AsianInvestor's inquiry about who oversaw DEI matters before Parker joined. She will be responsible for developing and implementing a global DEI strategy specific to PGIM FI and its 998 employees around the world.

Parker will partner with senior leadership to advise the organisation on DEI practices and engage with PGIM’s office of DEI managed by Kathryn Sayko, as well as Prudential’s inclusive solutions group led by Lata Reddy.

Parker joins PGIM FI from Meredith Corporation, now merged to become Dotdash Meredith where she served in a senior DEI role. Dotdash Meredith did not respond to AsianInvestor's inquiries about when Parker left the firm or who took over after her.

Prior to Meredith Corporation she spent two decades at the Associated Press where she created and managed the AP diversity and inclusion education program, which included facilitating global training sessions on diversity, equity and inclusion on topics such as unconscious bias, stereotypes, and cultural differences beyond borders. Omers Private Equity (OPE) has appointed Helen Rattee to the newly created role of managing director for ESG and portfolio thematics, according to an official statement on September 7. She will continue to be based in Toronto.

Rattee will be responsible for the development of OPE’s ESG program, ensuring that the portfolio is constructed and managed to mitigate risks while capitalizing on ESG opportunities.

She will work collaboratively with the transaction and the asset management teams throughout the investment lifecycle to ensure OPE and its portfolio companies are pursuing and delivering on meaningful ESG value creation initiatives. Rattee will also be responsible for the development of OPE’s framework for assessing the risks and opportunities associated with broader trends, such as inflation, supply chain issues and interest rates.

Rattee was most recently with Omers Risk group where she served for almost 12 years, overseeing the fund’s private markets investment risk team which provides independent risk analysis of private equity and infrastructure transactions and portfolios to Omers Management and Board.

OPE manages investments globally on behalf of Omers, the Canadian pension fund with over $90 billion in assets under management.

The article has been updated to reflect HSBC's confirmation of Edith Lin's appointment.