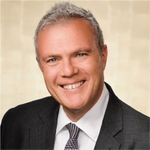 As the new general manager, Kenna will give oversight to the key activities of the financial markets division which include raising debt for New South Wales (NSW) through local and global bonds, loans to the NSW government public sector and managing TCorp’s balance risk sheet.

Kenna was previously the head of funding and balance sheet after joining TCorp in May 2021. Before that he was at the Commonwealth Bank for eight years where he most recently held the position of head of programmatic funding. Prior to that he served as head of debt capital markets origination at the bank.

The Australian Prudential Regulation Authority (Apra) has appointed Sharon Burns as its new chief financial officer and announced changes to its insurance and data executive leads. Burns will start her role in late April.

Both will start their new roles on April 4 and they will both report to deputy chair Helen Rowell.

Carmody will be responsible for the supervision of regulated entities within the general, life and private health insurance industries, while Khoo will oversee Apra’s specialist supervisory teams and drive its investments in data and analytical capabilities.

The regulator also announced that general counsel Warren Scott will be retiring. Current deputy general counsel Lucinda McCann will replace him from April 15 onwards. Scott had been with Apra for 13 years.

The new team joins from AMP Capital which announced on Monday (March 28) that it had completed the sale of its global equities and fixed income business to Macquarie Asset Management.

The team has been managing just under $2 billion in listed infrastructure equity assets.

Joseph Titmus, managing principal and Xueting (Claire) Zhang, senior analyst will be based in Sydney.

The Global Infrastructure Equity fund will invest in a diversified portfolio of listed infrastructure assets across both developed and developing equity markets, using a decision-making process which embeds environmental, social and governance (ESG). The fund will focus its investments in the communication, energy, transportation and utility sectors. Franklin Templeton has named Sweta Dugar as the new head of institutional for Southeast Asia (ex-Malaysia), the firm announced on Monday (March 28). She joins the firm from BlackRock, where she was vice president for its Southeast Asia client business. She will continue to be based in Singapore and started her new role on March 23.

At the same time, Franklin Templeton also named Richard Surrency, currently head of alternatives, Asia, to take on the newly created role of head of relationship management and client services, Asia. He started his new role on Friday (April 1).

Both Dugar and Surrency will report to Tariq Ahmad, head of Asia distribution.

Dugar will be responsible for spearheading the growth of the company’s institutional business in Southeast Asia. Based in Singapore, she will work closely with existing regional and country teams to develop and implement client solutions and strategies across Southeast Asia. 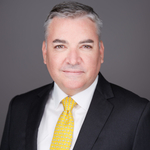 Prior to joining Franklin Templeton, Dugar was with BlackRock for over 12 years since 2010. Most recently, she was vice president for the Southeast Asia client business based in Singapore until March this year. BlackRock did not respond to requests for comments.

In his new and expanded role, Surrency will be responsible for relationship management and business development strategies for retail and institutional clients in the region. Surrency, who joined Franklin Templeton in 2020, will continue to be based in Singapore and will also support Ahmad to execute the firm’s alternative strategy. 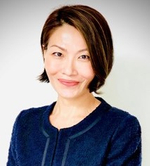 Hong Kong Exchanges and Clearing (HKEX) has hired Adeline Ee as managing director of head of sales and marketing for Asean from Singapore Exchange (SGX).

Ee will head up HKEX’s Singapore office and will be responsible for leading the expansion of HKEX’s business across Southeast Asia, adding new clients and flows while elevating the group’s profile across the region.

She will report to HKEX’s co-heads of sales and marketing, Christina Bao and Kevin Rideout. Joining HKEX on April 4, Ee replaced Roger McAvoy and will work alongside him as he transitions to a new international client-facing role within the group, HKEX said, without providing further details.

Ee joins HKEX from SGX, where she has worked for nearly 20 years in various senior sales and product management roles. She was most recently global head of sales, equities and fixed-income, currencies and commodities, at SGX, a role she has held since 2019, where she oversaw the successful launch of a number of flagship products. She was previously head of SGX’s Hong Kong office, as well as head of sales for Asia Pacific and the Middle East, among other roles, having joined SGX in 2003. SGX did not respond to requests for comments. Real estate investment firm Colliers on Monday announced the restructuring of its capital markets team in Korea with the appointment of Sungwook Cho as executive director and head of capital markets and investment services, Korea, effective immediately.

Based in Seoul, Cho will be responsible for growing Colliers’ capital markets and investment services capabilities and identifying investment opportunities in the Korean market. He reports to Robert Wilkinson, managing director for Korea.

Cho joins Colliers from another real estate investment firm Avison Young, where he served as executive director and head of capital markets in Korea since 2018. Avison Young did not respond to requests for comments. Also joining Colliers from Avison Young is Minsoo Yuk, who will become director, capital markets and investment services, Korea. Also based in Seoul, Yuk will report to Cho and support him in expanding Colliers’ domestic capital markets business.

Both Cho and Yuk have started their new roles on Monday (March 28), the firm told AsianInvestor. Based in Singapore, Zhou, whose appointment started on March 1, reports to Jean Chedeville, global head of aviation finance and Emmanuel Gillet-Lagarde, head of real assets and global trade.

He has more than 15 years of experience in the banking and aviation industry in China, Singapore, Ireland, and Hong Kong. Before joining Natixis CIB, he was Standard Chartered’s executive director for aviation finance for Greater China and North Asia. He was also the chairman and general manager of Pembroke Aircraft Leasing (Tianjin), the bank’s aircraft operating lease platform in China. Low, also stationed in Singapore, reports to Bertrand Guiot, head of real assets and investment banking for Southeast Asia, who is also head of infrastructure funds coverage, Apac. He started his appointment on March 14, and reports also to Francis Ansvananda, head of coverage for Southeast Asia.

He has more than a decade of global experience where he started his career with pharmaceutical company Ipsen in London. He has since worked in the investment banking divisions of Credit Suisse, Deutsche Bank, and Nomura across London and Singapore. Prior to joining Natixis, he was a healthcare private equity investment professional at Quadria Capital in Singapore.

MFS Investment Management (MFS) has hired Sally Choo as managing director for Asia ex-Japan, and Young Ju Hong as director for relationship management and sales, with a focus on South Korea. Based in Singapore, Choo will be responsible for promoting MFS’ broad range of fixed income and equity capabilities to large institutional investors in the Asia ex-Japan region. She will report to Jonathan Tiu, chief executive of MFS Singapore and senior managing director, Asia.

She joins from Amundi Asset Management, where she was responsible for institutional sales efforts, client relationship management, and consultant relationships in Asia Pacific ex-China and ex-Japan. An Amundi spokesperson told AsianInvestor that the process of finding a replacement is underway but declined to provide more information.

Before her posting at Amundi, she worked for State Street Global Advisors Singapore as head of relationship management for Southeast Asia as well as a consultant with Mercer and Watson Wyatt’s investment consulting practice in Singapore, where she advised government institutional clients and researched fund managers. Based in Hong Kong, Hong, who will also report to Tiu, will be responsible for developing and strengthening existing relationships with institutional clients in South Korea and North Asia, contributing to MFS’ overall growth in the region.

With almost 15 years of industry experience, she joins from TCW in Hong Kong where she was senior vice president for investment solutions for Korea. TCW has been contacted for comment.

Prior to that, she was an associate director at Amundi, where she covered Korean institutional clients from its Hong Kong office. She also worked as a global equity manager with the Korea National Pension Service in Seoul for more than five years. She began her career as an investment analyst at Polunin Capital Partners in London. 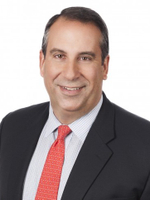 Janus Henderson global chief investment officer (CIO) Enrique Chang is retiring on Friday (April 1) after nine years with the company, according to its press statement on Monday (March 28).

The firm did not provide information on a replacement or if a search for one is underway.

"Different firms have different models of CIO and we are planning to take our time to ensure we have considered what is best for Janus Henderson and our clients," said the company in an email reply to AsianInvestor.

"In the meantime, we are confident that the existing investment team leadership and executive committee members George Maris, Alex Crooke (co-heads of equities), and Jim Cielinski (global head of fixed income) will work together to lead our firm’s investment activity," it added.

Chang’s retirement comes a week after the appointment of Ali Dibadji, former AllianceBernstein head of strategy, to replace Dick Weil, who is also retiring at the end of the month, as the company’s new chief executive.

Meanwhile, Dibadj will formally assume his new role by June 27, with chief financial officer Roger Thompson serving as interim chief and Weil acting in an advisory capacity until the end of June.