Hong Kong-headquartered family office Tsangs Group has launched a new office in Dubai, with a mission to invest in more Middle Eastern and European assets. The firm is adding five more to the team to support its core investments in China and the US as well. 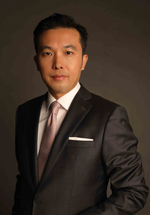 On January 12, Tsangs Group announced its expansion to Dubai by launching a new office that will be used to access investment opportunities in the Middle East and Europe.

Patrick Tsang, chairman of the family office, believes tech, artificial intelligence (AI), and cloud computing will drive investment returns. Themes like the metaverse and non-fungible tokens (NFT) are also hot topics. “I believe these sectors will be able to weather the storm of the current tech sectors,” said Tsang.

“Sectors that we like looking at are AI, cloud computing, and smart cities, specifically for the Middle East region. Another key sector that we would like to focus on, in general, for the next five to 10 years, is sustainability. So, we're going to do a lot more in the clean energy sector,” he told AsianInvestor in an exclusive interview.

ALSO READ: Why family offices are beginning to pivot to ESG and high-tech

“The new Dubai office will be our access to local deals, but we are still a global diversified investor. For the longer term, the Middle East will contribute 10% to our overall portfolio, but China and US assets will continue to serve as the core,” said Tsang.

To support the expansion, the family office is aiming to add five more members to the global team by the end of this year. The family office currently has 20 experts globally.

Tsangs Group has been involved in many M&A and pre-IPO deals since its inception. But its focus is shifting, given the latest headlines between China and the US.

“In the past, we did a lot of business where we invested into Chinese companies and then exited by IPO in the US. Under the Trump administration, it’s been more difficult. In fact, right now, it's almost impossible to bring Chinese companies to the US, so that business for us is more or less completely gone. And this is not Covid-related, it's more politically related,” Tsang shared.

“In general, we will continue to push our SPACs strategy. But we probably will not do SPACs in Hong Kong because all the rules in Hong Kong are so strict. There's no real difference between doing a SPAC in Hong Kong and just listing the company,” he added. There is less liquidity in Hong Kong, while in the US it's a more mature market, with many retail investors available for SPACs deals.

When asked about how he and the family office will navigate challenges throughout the pandemic, Tsang brought up the strict quarantine rules in effect in the city.

“The quarantine situation in Hong Kong is a bit too over-cautious, which has been seriously affecting us in a bad way. The biggest damage for us is that we will lose a lot of the skilled talent from overseas in a very short space,” he noted.

GO WITH THE FLOW

Launching a new office in Dubai was never really part of the plan.

“During Christmas 2020, I left Hong Kong for London for a holiday. As a result of the pandemic, Hong Kong and China got locked down. Between January and April of last year, I ended up staying in Dubai for four months,” he told AsianInvestor.

“And the reason for setting up the new office is very simple: at that time and probably even today, Dubai and UAE are probably the most open places on this planet. In terms of high net worth individuals, family offices, old and new money coming to the region, everyone is in Dubai,” he continued. “A lot of people from London, New York, and Europe were all in Dubai at the same time, and I got to meet one of my old friends and I got to meet a lot of new friends,” he added. Tsang was also impressed by the special role played by the Middle East. “One thing about the Middle East, which is quite interesting in our opinion, is that from a political standpoint it has a good relationship with both America and the West, and also with China,” he said.