The mounting interest of foreign institutional investors in China's equity market is set to benefit those fund managers operating in the country that can most impress. However, demonstrating these capabilities is a lot easier said than done.

Australia's LGIA Super is one such asset owner looking to invest more into the country's equities. Troy Rieck, the chief investment officer of the pension fund, told AsianInvestor he favours locally based managers that combine an understanding of western governance and transparency standards with an appreciation of the local market.

One such beneficiary is FountainCap. Steven Luk, a partner at the company, told AsianInvestor it has seen foreign investors allocate more to Chinese equities because the country has had a better-than-average recovery from pandemic. FountainCap’s assets under management have grown from $890 million at the end of 2019 to $1.5 billion as of mid- November 2020 – almost 70% higher in less than a year.

Most of the growth has been from asset owners; Luk says the fund house sources 90% of its AUM from such investors, 75% coming from US and Middle East clients. While China-based asset managers who convince asset owners of their capabilities stand to benefit, doing so won’t be easy.

The UK's Border to Coast pension fund has also sought to invest directly into the Chinese stock market. When it went looking for local asset managers to do so on its behalf, it was for up to £500 million ($678.43 million) in funds, subject to market movements and final investment decisions.

“More than 100 applications were submitted for the mandate,” said Luk at FountainCap, which along with UBS Asset Management was chosen to manage the allocation. 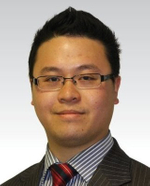 “We did portfolio testing on the shortlist to select the manager which had the best portfolio fit,” said Andrew Huang, a senior investment manager at State Super, which has just handed out a China-focused equity mandate to South Africa-based fund manager Ninety One. It was managing £119 billion in assets as of September 2020, and has an equity investment strategy that measures stocks via quality, value, earnings and technical factors.

The strategy outperformed its benchmark by 9.29% between its inception in 2014 and the end of September 2019, a spokeswoman told AsianInvestor. She declined to provide a more recent performance figure.

While passive investments are gaining momentum, most asset owners are focused on active mandates in China.

“China is where active asset managers can benefit from and capture investment opportunities,” Luk from FountainCap noted.

“Systematic investors in the China A-share market have the ability to capitalise on the unique attributes of the market, including its low correlation to global markets, breadth, liquidity and ample data,” added Ori Ben-Akiva, director of portfolio management at Man Numeric. He noted the fact China has thousands of listed stocks, making the market fertile ground for systematic managers to generate returns through the “law of large numbers”. FountainCap has benefited.

Ronan McCabe, head of portfolio management for the Pacific region at Mercer, told AsianInvestor he believes the dominance of retail investors in the A-shares market helps explain the active opportunity, as they can create market liquidity and mispricing. Astute active managers who took advantage of this with shrewd stock picks can secure returns of 4% to 6% above benchmarks over time, he noted.

The dominance of retail investors in the A-shares market helps explain the active opportunity, as they can create market liquidity and mispricing

That performance is partly down to unique investment possibilities that asset owners simply cannot access without investing into the world’s second-largest economy. These include home delivery, logistic companies and a largely internet-driven, booming healthcare industry.

“Investors [into A-shares] can get an exposure to China’s new economy such as technology and consumer segments,” said McCabe. “[That] enables pension schemes, through allocating via active managers, to achieve a better return.”

Indeed, he believes the diversification play and returns offered by China will tempt more foreign institutional investors to get exposure to the sort of strong performance offered by high-quality China A-shares active managers over the past five to seven years.

For all of the tensions between China and western countries, its strong economy and an inefficient stock market that is decorrelated from others makes it an appealing play for asset owners. Barring a complete collapse in political relations, expect more funds to flow. The returns on offer are just too tempting for the world’s asset owners to ignore.

This article was adapted from a feature on the rising interest of international asset owners in China that originally appeared in the Winter 2020 edition of AsianInvestor.

Backchat: The stocks to dump with Trump; evaluating value investing

Equities investing is primed to shift with the exit of Donald Trump. Some stocks are likely to fall, while certain value shares may rise as vaccinations are rolled out over the year.
Asset Owners
Twinkle Zhou

The country has adopted new measures over local bond issuance and credit ratings. These may have little impact on defaults but could increase the participation of foreign investors.
Asset Owners
Richard Morrow

Why China risks a financial backlash from HK’s protests

Beijing’s interference in Hong Kong’s protests have raised the likelihood of worsening relations with the US. It would be wise to compromise.
Asset Owners
Joe Marsh

NPS’s stock target capitulation could come back to bite

The pension fund bowed to retail investor pressure and broadened its investment range into local stocks. Its policy reversal could set the stage for more populist pressure.
Continue to site
Skip