Asia-based general partners (GPs) are lifting their game when it comes to incorporating environmental, social and governance (ESG) considerations into their investment activities, but climate change issues are proving tough to tackle and there is a long way to go to catch up with GPs in other regions, according to a new report.

The report titled ESG in Asia – Navigating the Maze, published this week by law firm Morrison Foerster, paints a picture of ESG engagement by GPs that’s characterised by potential, but which falls short on performance. Overall, it finds a discrepancy between words and deeds when it comes to the consideration of ESG in investment and its embeddedness in practice.

Morrison Foerster surveyed 100 GPs across Asia, all of which said they factored ESG criteria into their investment decisions. Almost seven in 10 said such criteria could be decisive in terms of whether they proceeded with a potential investment or not.

Yet fewer than half said they conducted ESG due diligence on every deal. When it came to including ESG compliance clauses in investment documents, just 29% always required such clauses. “Based on my experience, I thought that was a lot,” Marcia Ellis, global chair of the private equity group at Morrison Foerster, told AsianInvestor. “It’s not at all standard yet. It feels to me like back 15 years ago when we had to explain to people why they should have anti-corruption provisions in their documents, and now it’s bog-standard. But I think limited partners [LPs] will start pushing on this and it’ll be more common,” she said.

Among the 29% that always required ESG compliance clauses, fewer than six in 10 imposed specific covenants on portfolio companies to remedy poor ESG performance, the implication of which the report said was that, although GPs were ready to force companies to consider ESG factors, they were not forcing them to act to address ESG shortfalls.

Despite this, GPs recognised the value-add that positive ESG metrics could give their investments, with 83% agreeing that they boosted valuations, including 20% that believed the premium that good ESG scores could contribute was significant.

Reflecting that sentiment, 82% of respondent GPs said they had invested in companies with poor ESG performances with the aim of boosting their value through improving their ESG credentials.

Focusing on the “E” component of ESG, Liang Yin, director of private equity research at advisory company WTW, said there was a direct link between a financial goal with an outcome and a positive environmental result.

“When you have alignment between ESG improvement and financial value creation, a firm that has stronger ESG credentials is likely to achieve a stronger valuation and exit,” he told AsianInvestor. “That’s because it has reduced ESG risks. It also probably has happier employees, and there are happier customers.”

However, fewer than two-thirds of GPs surveyed employed a dedicated ESG professional, and only 8% had someone on board whose responsibilities were exclusively ESG-related.

ALSO READ: Risks vs. rewards: How ESG investing is trying to bridge the results gap

Perhaps the most startling finding of the report was that only 59% of respondent GPs considered climate change in ESG due diligence, far below the 88% for whom labour practices mattered and the 84% of whom identified diversity, equity and inclusion as a priority.

Ellis attributed this partly to the difficulty of measuring carbon emissions, a lack of data and a patchwork of standards worldwide and regionally.

“There’s no agreement on standards in this area,” she said. “What we're finding is that it's not even just that there's a problem with differences of standards – most of these funds aren't even requiring their portfolio companies to provide them with that – so we're not even at the stage of saying the data isn't good. We don't have the data.”

She also said that GPs in Asia would suffer somewhat amid differences between European and United States ESG standards, noting the European Union’s preference for double materiality – the concept that companies’ ESG impact must be measured both by how their activities affect the environment and society. Single-materiality ESG metrics, which the US has prioritised, take account only of ESG factors that may pose a threat to a business and its bottom line.

“All of them are going to have different standards and it’s going to be really difficult, especially for heads of sustainability and heads of ESG, to figure out what they should do – and that's just talking about climate-related ESG.”

Yin singled out the Sustainability Accounting Standards Board framework as a useful tool for ESG materiality assessment, but also said that smaller firms simply faced resource constraints affecting their ability to prioritise and execute ESG strategies. 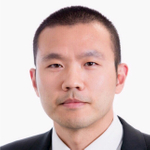 “A lot of managers we interact with are relatively small, boutique managers, and they really don't have the budget to hire a team of 12 to do all the ESG work for them,” he said. “Even just two or three years ago, I had a conversation with a manager asking what ESG stands for. Now, they get it – most of them get it. They just don't know where to start.”

Ellis said: “It can be quite daunting for fund managers when they're confronted with ESG, and so our advice is always for them to just pick a few areas that they can do well, and then the next year choose more, because LPs, in our experience, are generally looking for year-on-year improvements in ESG policies.”

“Key performance indicators (KPIs) can be a significant motivating force,” she said. “But the problem that people have encountered in the past is that unless your KPIs are very well crafted, people will go just after that KPI and there'll be all kinds of unintended consequences. Yet there are ways of crafting these so you're making sure that there's an overall gain and not just this one KPI that’s targeted.”