The Russia-Ukraine conflict has changed or halted flows of energy in primarily Europe and secondly the global market, especially for fossil fuels. The ongoing shake-up of energy markets has seen new price levels this year.

As of June 23, natural gas and crude oil traded more than 80% and 37% higher than at the start of 2022, respectively, according to Bloomberg Markets.

With the drastic change in energy prices, investors could find profitable investments or positions in the current energy market turmoil, whether it be trends in the equity markets, commodities or private market assets such as infrastructure.

Against this backdrop, AsianInvestor asked fund managers how and where active investment strategies can unlock the potential for energy-related assets during the current energy market turmoil, following the Russia-Ukraine conflict. “The events in Ukraine have refocused attention on energy security globally, and particularly in Europe, with renewable energy seen as attractive given: a) it helps countries achieve energy independence, b) helps countries meet net-zero pledges, and c) is in many cases the lowest cost option. This has driven policy developments globally, including, for example, the 'Re-Power EU' Plan which is designed to simultaneously meet EU´s climate neutrality and energy independence requirements. However, it’s clear that substantial capital expenditure is required to meet these energy independence requirements.

For active investors, in particular, this creates opportunities. Whilst a very attractive thematic, and with policy and capital tailwinds, renewable energy is a complex and dynamic value chain, and active investors need to position themselves dynamically to take advantage of market dynamics. This requires deep research and analysis in order to take advantage of these changes. The risk of buying a thematic is that an investor buys into the wrong part of the value chain at the wrong time of the cycle by dint of buying the largest or most well-known company. While commodities have been reported as one of the best-performing asset classes year-to-date, oil prices have slid in the last few days and US recession fears have seen WTI Crude drop by 8% in the last month. President Biden has stepped up to fight high gasoline prices ahead of the midterm elections, driving demand and potentially continuing a prolonged period of tight supply.

Hopes of China's earlier reopening led to an early June surge of commodities, such as copper and aluminium, supported by better than feared Chinese industrial production figures for May. However, since then, the risk of prolonged lockdowns and rising recession risks have triggered a sharp reversal lower.

Active investing could allow investors to take advantage of this volatility across markets and give investors an opportunity to de-risk, with inflation running hot globally. Commodities have historically demonstrated a low correlation to many other asset classes, hence it could be an attractive asset for portfolio diversification.

The price action from commodities this year has prompted some investors to gradually add energy assets to their portfolios, especially given the retail investor wave over the last two years.

Some of the popular options would be in the form of ETFs such as the XLE (Energy Select Sector SPDR). So far in 2022, XLE has enjoyed robust growth, climbing almost 30% this year whilst paying a dividend of over 3%. The ongoing Russia-Ukraine conflict coupled with rising inflationary pressures means we are continuing to see some volatility in the markets we operate in at the moment. Like other sectors, clean energy investment is not insulated from these market dynamics, so we are experiencing some short-term supply chain issues and seeing cost increases for certain raw materials. Moreover, interest rates are also starting to tick upwards which can create more risk for capital.

Despite this, clean energy infrastructure remains the most attractive segment for investors in the energy market compared to conventional forms of power generation, like fossil fuels, which will remain volatile as the energy transition accelerates. Meanwhile, renewables provide predictable revenues that can be underpinned by long-term contracts either through government schemes, such as feed-in-tariffs and contracts for difference, or power purchase agreements. Renewable energy assets also represent a sensible hedge against Inflation as revenues for projects typically have inflation correction factored into them.

For over 15 years the clean energy sector has had a solid track record – delivering stable returns and predictable yields during many crises – most recently during the Covid-19 pandemic, but also the Eurozone crisis before. Where other sectors may shrink when the economy goes into a recession, there has been an acceleration of the green energy agenda that is now recognised by most pension funds and institutional investors.

This is reinforced by what we are seeing in Europe right now where the likes of the UK, the Netherlands and Germany have increased their long-term targets for offshore wind deployment to reduce their reliance on hydrocarbons. In Southern European countries, such as Spain and Italy, we are seeing a simplification in the solar PV development process.  So quicker new project approvals will help to smooth out some of the current bottleneck issues, and ultimately accelerate the roll-out of Solar PV in these markets over the long term.

Similarly, in mature Asian markets like Korea, where Glennmont has just signed an MOU to invest in solar PV for the first time, there are sizeable investment opportunities that can help to reduce risk in the overall portfolio of investors. Soaring energy costs and supply shocks triggered by the Russia-Ukraine conflict have prompted many governments to seek alternatives away from Russian oil and gas supplies to strengthen their energy resilience. This demand for greater energy independency has seen countries either announce or accelerate their renewable energy plans, highlighting the long-term growth opportunities arising from this seismic shift in global energy policies.

A transition of this magnitude will likely transpire over decades. Its impact is also expected to be multi-faceted with a myriad of industries either driving or benefitting from the shift. But vast differences among individual economies in terms of energy policies, regulatory environment, industry focus and level of green energy development mean a high degree of selectivity will be required to uncover companies that we believe are better positioned to benefit from such changes, making it a fertile ground for long-term, bottom-up active investors.

For example, Capital Group’s New Perspective strategy is a global equity strategy that leverages active investing to identify quality companies that have driven and benefitted from changing global trade, economic trends and political relationships. In this green transition, it has identified opportunities in the machinery and construction equipment space, as the move to lower carbon is likely to trigger a massive increase in global infrastructure spending as countries seek to expand, modernise their electricity grids and decarbonise their heavy industries.

Electric vehicle (EV) infrastructure, such as fast-charging EV stations, electrical substations and electrified fleet depots also present opportunities as EVs replace fuel-propelled vehicles. In the renewable power space, solar and wind, in particular, could be playing a much bigger role in this low-carbon future as the two segments are predicted to generate more than half the world’s power in 30 years. We believe the environment will remain highly volatile in the near term, but offer interesting opportunities. History may look back on Russia's invasion of Ukraine as a watershed moment in the fight against climate change as EU countries rush to adopt greener power motivated by energy security.

The shift in EU policy could spur a flurry of private renewables deals in the short term, and more public share sales once markets stabilise. Funding models like 'partnership capital' and 'recycling' of capital will become much more prevalent to meet the estimated 279 billion euros in private sector funds required to reach climate neutrality by 2020.

The current energy crisis may be the jolt that gives renewables the scale to remove the green premium of the past and usher in a new era of affordable, clean energy.

Global economies are already witnessing energy shortage, which is further exacerbated by oil prices pushing closer to $100 per barrel due to the ongoing Russia-Ukraine conflict. As a result, major economies are aggressively exploring nuclear energy. The European Commission recently included gas and nuclear in its “taxonomy for environmentally sustainable economic activities” (aka green investments) as deemed bridge technologies to meet the EU’s target of net-zero emission by 2050.

Further, France recently announced a major buildup in its nuclear power program, pledging to construct up to 14 new-generation reactors and a fleet of smaller nuclear plants as the country seeks to slash planet-warming emissions and cut its reliance on foreign energy. Increasing interest of countries towards nuclear energy is also visible in “Yellow Cake” prices. We think there are a number of plays around uranium as a bridge and permanent solution worth investigating.

On supply chain woes, another interesting place to consider in the current environment is trading companies and oil refining. We continue to recommend trading companies on solid market conditions for energy, coal, and cereals, and oil refining companies as beneficiaries of high export prices of petroleum fuels. Trading company sector share prices corrected at one point from April amid fears of a decline in demand for resources owing to the lockdowns in China, but the sector has been performing well recently.

If you are the owner of an oil refinery, then crude is trading happily just a little above $110 a barrel — expensive, but not extortionate. If you aren’t an oil baron: it's as if oil is trading somewhere between $150 and $275 a barrel. Typically, the price of crude and the price of refined products go up and down in tandem, almost symmetrically. What’s in between is a refining margin. But we aren’t in normal times.

Right now, the traditional relationship between crude and refined products is broken. WTI is anchored around $120 a barrel, suggesting that — in barrel terms — gasoline, diesel and jet-fuel prices shouldn’t be much higher, once you add the average refining margin. What’s changed? Refining margins have exploded. And that means energy inflation is far stronger than it appears. Refiners will continue to benefit for as long as capex takes to build in efficiencies. 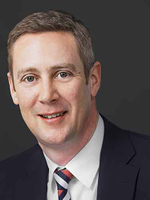 Despite the Russia-Ukraine conflict resulting in a short-term rush to fossil fuels, benefiting the valuation of related energy assets, we are convinced that energy independency remains the priority for countries across the globe. Therefore, from a longer-term perspective, attractive investment opportunities will arise as the focus continues to shift to clean technologies.

In our opinion, heat pumps for buildings are a key technology, both from a net-zero emissions and energy security perspective. Such products that extract thermal energy from the air or the ground, reduce consumers’ gas consumption and consequently, carbon emissions.

Active managers may also look into the challenges of a transition from a fossil fuel-dependent economy to a renewables-based one. In addition to major changes in industrial processes and our own behavior, energy transition also requires higher use of metals that a massive build-up of solar plants or wind farms would bring. According to the Bank of America, an electric car has six times the mineral requirements per vehicle of a car with a combustion engine, and wind power has a mineral-content multiple between nine and 13 times compared with a gas power plant. Some critical minerals – silicon in solar cells, rare earth metals for wind turbines – are already in short supply, BofA pointed out*.