Canadian institutional investor CDPQ (Caisse de dépôt et placement du Québec) has surpassed the targets of its initial 2017 climate strategy and is now looking to intensify its efforts in achieving a net-zero portfolio by 2050, the fund announced last month. 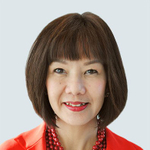 Leong Wai Leng, managing director and regional head of Asia Pacific for CDPQ told AsianInvestor that between 2017 and 2020, the pension fund increased the value of its green assets from C$18 billion to C$36billion.

She said the fund - with $390 billion in AUM - would be basing its new climate strategy on four complementary pillars, the first of which would be to increase its holdings of green assets to a total C$54 billion by 2025.

She said the assets in the fund's sights included “renewable energy (wind and solar), sustainable mobility and real estate with recognized sustainability certification but could also include manufacturers of green goods like electric trains".

Diego López, managing director at Global SWF told AsianInvestor that CDPQ’s goal was one of the most ambitious targets ever announced by a public provident fund (PPF).

“CDPQ is the world’s seventh largest PPF and therefore any percentage of the allocation will be very high in absolute terms but increasing its investment to C$54 billion in green assets in three more years is unparalleled - and commendable,” said López.

By the end of 2020 the carbon intensity of CDPQ’s total portfolio decreased by 38% compared to its 2017 starting point according to its latest Sustainability Report. The second major pillar in its new climate strategy is to reduce its carbon intensity a further 60% by 2030.

“Currently, 80% of CDPQ`s portfolio is made up of green or low-carbon emissions assets. In 2020, our portfolio included 4% of non-renewable electricity and 3% in materials, including steel and cement, which are more carbon-intensive but essential for the economy,” said Leong.

As part of CDPQ’s commitment to achieve a net-zero portfolio by 2050, Leong said the intermediate target of a 60% reduction in the carbon intensity was an essential step the fund was setting for the sake of "rigour and transparency".

"This target is one of the most ambitious among global investors. We believe it to be feasible and we will take the actions required to achieve it,” she said.

López said that while it was difficult to make comparisons in “absolute terms” with other pension funds due to a lack of metrics in terms of carbon reduction, he said that some of CDPQ’s peers were looking to follow suit and had announced equally, or even more, ambitious plans in their quest for net-zero portfolios.

The third pillar of CDPQ's revamped climate strategy would be a C$10 billion commitment to decarbonising the real economy as part of its so-called 'transition envelope".

“To reach net-zero, we need to decarbonise large emitters that produce essential materials to build a sustainable economy,” said Leong.

“An example of this includes companies making materials needed to build windmills. While their output is green, their input is not – with concrete, steel, copper and plastic all representing carbon-heavy materials.”

"Our goal is to invest alongside first-in-class players who have their own net-zero targets and certified plans. We believe active engagement with measurable results and annual reporting will become the new standard and a way to really move the needle," Leong added.

The fourth pillar of CDPQ’s climate strategy is to complete its exit from oil production by the end of 2022. It plans on disposing of its remaining assets in the sector, which currently make up 1% of its portfolio.

“This is a very meaningful commitment,” said Lopez. “On the one hand, oil listed equities have been traditionally perceived as value stocks important for a portfolio CDPQ had, as of June 2021, at least USD 1.3 billion invested in oil stocks including Total, CNR, Suncor, Lukoil, BP and Shell.”

“On the other hand, there may be significant private stakes that may be illiquid and undervalued at the moment — in the case of CDPQ these include Belgium’s Fluxys, US’ Southern Star Central and, more importantly, 35% of Brazil’s TAG which was acquired only two years ago for US$3 billion. "I would imagine Brazil's political environment; currency considerations and liquidity make TAG a very difficult asset to be sold now,” he said.

However, Leong affirmed that CDPQ established its targets following a very thorough analysis of its portfolio.

“We remain confident that this is attainable. Oil production represents only 1% or our total portfolio,” she said.