Superannuation funds in Australia are likely to hold their overweight positions on equities after reporting their strongest returns in decades following a global stock rally, super fund executives told AsianInvestor. 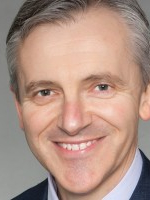 “Equities, are, like many asset classes, fairly expensive but earnings momentum is still solid in many markets, suggesting a reasonable long-term return from here, albeit more modest than we have seen in recent years,” said Robert Credaro, head of growth assets at the A$150 billion ($109.8 billion) Aware Super.

"We need to generate strong returns above inflation for our members so that they can grow their savings and achieve their retirement goals, he added. "Exposure to growth assets are the key way we’ll achieve that, and equities have historically been the dominant driver in that part of the portfolio."

Aware Super's default MySuper option posted record returns of 18% for the year ending June 30. The bulk of the default fund is allocated to equities, specifically 19% to Australian stocks and 34% to international equities.

AustralianSuper’s head of total portfolio management Alistair Barker is taking a similar approach, although he expects a correction in the equities market at some point. “The fund continues to grow strongly and is expected to be A$500 billion by 2026. This is due to a combination of strong net inflows due to member contributions, new member joining and fund mergers. As a result, we will likely continue to be a net investor in growth assets over time,” he said.

However, he added that “as with any equity market, at some point they will reach a point where they correct, but there usually needs to be a catalyst.”

The markets have been watching government and central bank action that might indicate a reduction of stimulus and potential for more inflation, he said.

The A$225 billion fund, Australia’s biggest, posted a record 20.4% return for the 12 months ended June 30. The fund’s default option has more than 50% allocated to equity with 21% allocated to Australian shares, and 31% to international shares.

During the past 18 months, the super funds have taken active management of their portfolios. Aware Super maintained significant growth exposures during the peak of the pandemic, and increased value exposure later on, Credaro said.

At AustralianSuper, “we employ a range of active strategies, including fundamental, quant and rotation between styles and themes,” Barker said. “A number of these approaches have helped generate outperformance compared to broad market indices.” Over at the A$54 billion industry fund Cbus, which has 50% allocated to equities, chief investment officer Kristian Fok said that the fund decreased allocation slightly at the start of the pandemic but increased it again during the year.

“We are probably a little bit more overweight than our longer-term [target] at this point in time. But the question is how much further ahead [should we] look at? At the moment, but we haven't changed our positioning too much apart from the way we get exposure,” he said.

He added that the adjusted allocation was 3% to 4% above the fund’s long-term target, which meant a swing factor of 6%.

Fok agreed with Barker that a correction was imminent but the fund will remain invested in equities and take advantage of “some interesting pricings in the options market.”

“There is a differential pricing between puts and calls, so we can participate in the upside…. [There is] some form of protection if there is a recovery, so the central case is to remain invested in equities,” he said.

Half of Australia's population is currently under lockdown as South Australia, Victoria and New South Wales tightened restrictions as they face an outbreak involving the delta variant of the virus that causes Covid-19.

However, the executives do not anticipate a sharp drop in the market similar to that of last year’s when the S&P/ASX 200 index fell 32% between February 21 and March 20 last year.

“What occurred last year was the market trying to respond to a very unknown circumstance, I think we got longer lockdowns, we got mechanisms around economic support - there is a lot more certainty around… we've also got vaccines coming in,” Fok said.

“This new strain obviously presents a greater threat, but we’re hopeful that the outbreak can be brought under control and the vaccination rollout can continue to gather momentum,” said Michael Winchester, head of investment strategy at Aware Super.

“We may see some increased volatility, but we think the degree of uncertainty compared to the initial outbreak last year is much lower and the policy response well understood,” he added.

Jason Orthman, deputy chief investment officer and executive director at Hyperion Asset Management, believes that businesses that have managed to adapt to social changes brought about by the pandemic show more investment potential during this wave of lockdowns.

“Economic containments are disruptive and negative for overall economies and business earnings profiles generally. Some businesses that enable working from home as an example will benefit but your average business does not,” he said.

Despite the optimism about the equity market, Fok said the fund is keeping an eye on interest rates – a concern previously raised by Australian sovereign wealth fund Future Fund and Active Super.

“We anticipate long term interest rates will go up, but not by the same degree as maybe we were looking at prior to this, because we do recognise there's a lot of debt in the economy… The issue is, if inflation gets out of control, that's not good for anything, it’s not good for bonds, it’s not good for equities,” he said.