Asian governments will only be able to fully take advantage of rising asset owner interest in green infrastructure projects if they can generate a longer pipeline of bankable projects.

That is likely to require more innovative forms of funding, from debt-funded greenfield funds to green securitisation, say experts at multilateral institutions.

Green bond financing is today's preferred means of funding environmentally friendly projects. But Anouj Mehta, head of the innovative and green finance unit at the ADB told AsianInvestor there are not enough projects to support a big rise in green bond funding.

“Everybody's talking about how green bonds need to be increased in issuance -- that's not the problem. The issue is, where are the bankable green projects that that money is going to be invested in?”

According to Bloomberg, global green bond issuance exceeded $300 billion in 2020 but only 10% of that came from governments and corporates in Asia. 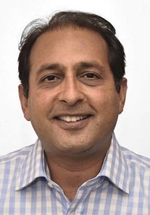 Mehta believes governments should focus on issuing green bonds at a city or municipal level.

“If you really want to make a change, should it be one government that does it at the national level? Or should it be 30 different city governments? Suddenly, you've got a lot more issuances,” he said.

Another advantage of this is that the local governments could use the proceeds to create and fund their own de-risking fund facilities, which do the initially risky funding of new projects.

“The government does a green bond and puts it in its de-risking fund, and the fund finances the project just up to the point where revenue reaches a certain level," Mehta said by way of explanation. "So you deal with that project; you made it look bankable. Now, it can attract six times the dollars that the government has put in from your pension funds, etc.”

Another potential means to fund environmentally friendly infrastructure is via green securitisation. This is the focus of one of the Asian Infrastructure Investment Bank (AIIB)’s latest initiatives.

“One of our visions is to help support the creation of emerging market infrastructure as an asset class,” Stefen Shin, principal investment officer at AIIB, told AsianInvestor. 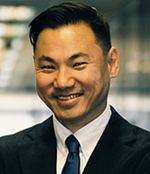 In 2019, the AIIB partnered Singapore state-backed Clifford Capital (CCH) to launch infrastructure debt vehicle Bayfront Infrastructure Management (BIM). It intends to acquire $400 million to $500 million worth of brownfield loans from around 20 regional banks that it will securitise – i.e. repackage into a tradeable security that institutional investors can purchase.

BIM aims to conduct its first securitisation issue this summer and, from there, conduct one such deal a year. “That is the creation of a market which supports institutional investors. And from my conversations with them, they're really excited for this,” said Shin.

The AIIB owns 30% of BIM; the remaining 70% is held by CCH, in turn 40.5% owned by Temasek. Other shareholders include Prudential Singapore, Sumitomo Mitsui Banking Corporation, Standard Chartered, DBS and Manulife. In September 2020, the ADB picked up a 10.8% stake in CCH for $95 million.

BIM’s model follows a pilot infrastructure finance securitisation that CCH launched in 2018. A first of its kind for Asia, the portfolio comprised 37 loans worth $458 million. It gained strong demand from global asset owners: 39% was sold to life insurers and pension funds; 21% to asset managers; 7% to private banks; and the remaining bank treasury, said Shin.

While the first scheme focused on loans for traditional infrastructure projects such as power, transport and transmission, the new portfolio has “a strong renewable angle,” Shin said. “This is a reflection of both where BIM believes that the investor demands are, and also where the new origination of loans is really picking up.”

To ensure loan quality, the loans will be sourced from banks such as ING, HSBC, Société Générale, and BNP Paribas which adhere to the Equator Principles – a widely accepted framework for determining environmental and social risk in projects.

Part of the ADB and AIIB’s efforts also include developing standards for green bond issuance. However, these will add to a myriad of frameworks including the EU Green Bond Standard, the Asean Green Bond Standards, as well as national standards adopted by jurisdictions such as China and Singapore.

The standards are meant to simplify the review process for investors, but there is a danger they confuse and lead to greenwashing. One example of this is Spanish oil and gas refiner Repsol’s 2017 green bond issue, which the company claimed would fund energy-efficiency projects, but was instead used to increase the efficiency of existing fossil fuel refineries.

There is also a lack of consistency when it comes to rating green projects, says PC Chakravarti, Southeast Asia banking lead at Accenture.

“It's like the Wild Wild West of ESG ratings right now,” he says.

“Somehow over the years we have figured out how different independent agencies can rate the same company quite consistently in terms of credit, but we haven't done that yet for ESG.”