Indonesia is betting its new sovereign wealth fund (SWF) can attract offshore commitments to narrow an infrastructure investment gap that the World Bank estimates at $1.5 trillion. But foreign investors may well need geopolitical motives for investing, given the difficulty of enjoying sufficiently high returns for the risk they would have to undertake.

Infrastructure lies at the core of the Indonesia Investment Authority (INA)’s mandate. The SWF is set to assign funds to a new $33 billion project to move Indonesia’s political capital from Jakarta, on Java, to East Kalimantan on the island of Borneo. Besides this, INA will fund investments across energy, resources, tourism, technology, and healthcare.

INA will invest into both greenfield and brownfield investments as part of its remit, a source familiar with the matter told AsianInvestor. Given the added risk that greenfield projects (which includes almost all of the budding capital infrastructure) represent – be it construction risk or the possibility of corruption of shifting political priorities – investors are likely to expect the SWF to offer them returns “in the high teens, if not in the twenties", a head of infrastructure at an international real estate investment firm told AsianInvestor.

The executive was sceptical that returns could be made from the capital city project, highlighting that similar construction projects such as Naypyidaw in Myanmar or Canberra in Australia did not offer high levels of compensation. He noted that investment returns could be made from a new airport or power projects, but questioned the length of time it takes an entirely new capital to gain scale to be a profitable enterprise.

“Only now, 60 years later, does Canberra have enough growth to sustain industries and economic activity,” he said.

Philippa Allen, founder of consultancy Compliance Asia, said foreign institutional investors may not solely have profit on the mind when investing, but also want to allocate funds for geopolitical reasons.

“If you’re looking at Southeast Asia exposure, doing it in alignment with government to improve the governance standards in a large economy like Indonesia is important. There is obviously a geopolitical angle to it – possibly an attempt to counterbalance the effect of China’s influence in the One Belt One Road project,” she noted.

Bernardo Bortolotti, a professor who runs a course on sovereign wealth funds at NYU’s Abu Dhabi campus, added that this could explain why China is not on INA’s public list of target investors.

As part of its efforts to attract foreign investment, either via the sovereign wealth fund or directly, Indonesia will probably turn to more public-private partnerships (PPP).

The government issued new regulation in 2015 that sought to make such projects more appealing to investors. The updated rules have been effective in procuring investment into power plants, toll roads and water treatment plants in Indonesia.

However, many would-be investors investors are concerned they will end up bearing the cost if there are budget overruns.

“That's what kills PPPs in Indonesia,” the infrastructure executive said. He said he would favour an asset recycling approach whereby parts of an existing asset are sold to private investors, with funds raised being reinvested into new infrastructure. This has proven an effective approach in Australia. 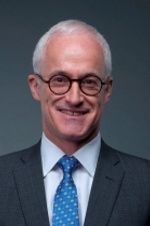 According to PPP Knowledge Lab, an initiative under the World Bank, there are 121 PPP projects under construction or operation in Indonesia. However, Between 2015 and 2018 just 12 toll road projects were implemented through PPPs, according to a report by PwC Indonesia.

Julian Smith, an infrastructure adviser for PwC in Indonesia, believes more could have been done.

"Due to a misperception that PPP can take too long, the government has tended to assign projects to state owned enterprises and has therefore not used PPP as much as it might have done," he said.

Smith added that the combination of a well managed PPP procurement process and strong due diligence by investors and lenders can lead to successful PPP project outcomes.

The government has a team of cross-industry experts that are helping prepare and implement the regulations for the SWF. Executives at law firm Hogan Lovells DNFP are part of this team, and Jakarta-based counsel Aditya Alam said the government had prepared a pipeline of projects to be invested into.

However, it is uncertain what the first projects will be. “It is not as easy as simply going down the list,” said Alam.

Each project has unique complexities, but acquiring land is a particularly big issue in Indonesia’s decentralised political system. Alam said this problem had led to partially completed road projects, and that land disputes had also been largely responsible for delays to Jakarta’s mass railway transit project.

When pressed on the Indonesia’s poor infrastructure track record, an executive familiar with the transaction told AsianInvestor he was optimistic about the progress the country made in recent years, arguing that its risk profile may not be as high people believe.

“The current government, in particular, has introduced many reforms and is really focused on creating the right circumstances to attract foreign investments,” he said. “I have no doubt that the fund will be set up in a way that ensures alignment with best practices.”