China Evergrande Group, one of China's largest real estate developers, has been on the brink of defaulting on its debts, and bondholder fears seem to be coming true as the group missed its second offshore coupon payment in as many weeks.

Some offshore bondholders reportedly did not receive a coupon payment due on Wednesday (September 29). The group was due to make a $47.5 million bond interest payment on a 9.5% March 2024 dollar bond.

Evergrande had also missed an $83.5 million coupon payment a week earlier (September 23). But neither bond is in default yet; the bond terms allow the group a grace period of 30 days to make its payment. Still, investors are worried – and for good reason. After years of aggressive expansion, the group is the most indebted property developer in the world, owing creditors more than $305 billion, the equivalent of 2% of China's GDP.

The firm's share price has fallen 85% from a year earlier and investors have lost hope for a bailout from the government.

“Evergrande is not the first case of a debt debacle in China. However, the difference with Evergrande is two-fold: firstly, it is more entrenched in the Chinese economy; and secondly, it is less likely to get direct government support,” Arthur Lau, co-head of emerging markets fixed income at PineBridge, told AsianInvestor.

Domestically, a large-scale credit event would put pressure on the property sector, particularly for highly leveraged players and the lending banks, Lau added. 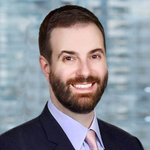 As a result, some investors have turned bearish on China property high-yield bonds in general, while remaining hopeful for indirect support from the government.

“Although default and restructuring are likely for Evergrande, we suspect it will occur in a controlled manner similar to other heavily indebted entities the government has recently forced to restructure,” Aaron Costello, managing director, global investment research at Cambridge Associates, told AsianInvestor in an emailed response.

He pointed to the HNA group, Wanda, Anbang and Huarong - large scandal-hit corporations in China that went through major restructurings in recent years - as examples. "None of them added meaningful stress to the banking system," he said.

“While the government has adopted a hard-line stance on property developers, it retains the flexibility to relax the 'red lines' if needed to prevent widespread stress in the sector,” Costello explained.

His views are echoed by several large asset managers who hold a neutral view on the property sector over the long term. Manulife Investment Management wrote in a commentary that specifics are important should a default happen, for instance, if the default is managed in an orderly manner, supply-chain disruptions would be minimised.

Over the past year, Chinese regulators have issued a string of property-related policies, such as the Three Red Lines, highlighting the headwinds for the highly-leveraged property sector.

China imposed the Three Red Lines guidance on selected developers in August last year. Under the new guidance, developers must submit detailed reports of their financing situation to regulators.

According to ratings agency S&P, only 6.3% of Chinese property developers currently comply with the three lines drawn by authorities. The rules state that the developers cannot borrow more money from banks or financial institutions if existing debts have not been paid or if its overall leverage has not improved.

Several institutional investors have remained optimistic about the long-term prospects of Evergrande.

In September, the head of alternatives at one of Australia’s largest superannuation funds Sunsuper said it was being an opportunist about taking debt positions in select Asian real estate markets, including with Evergrande. However, he said it was “a modest part” of the AU$85 billion ($61.6 billion) fund’s overall real estate debt exposure.

Several distressed debt investors have also jumped at the low prices on the belief that the government will lead a restructure of the company rather than let it implode.

“We’ve seen a few funds adding to China Evergrande between July and August 2021, given widening spreads and attractive valuations. This is in line with what we have heard from some managers where they said that at its current levels, they believe Evergrande is a buy,” Patrick Ge, manager research analyst at Morningstar, said in a newly published report on September 21.

UBS, HSBC and Blackrock have been accumulating Evergrande bonds, according to the report.

However, the report pointed out that even though the number of shares has increased, total exposure to the firm had declined because of the drop in the bonds' market value.

On the flipside, funds such as Fidelity, Pimco and Allianz have become net-sellers of Evergrande bonds between January and July, owning 3%-47%  fewer bond shares, the report wrote.

Pimco declined to comment on future portfolio positionings. Allianz and Fidelity did not reply to emailed questions on their future positions on China high-yield portfolio.