Queensland Investment Corporation (QIC) has appointed Allison Hill as chief investment officer (CIO) and will be managing the fund's A$58 billion ($42.9 billion) assets under management.

She succeeds Jim Christensen, who has been in the role for a year and a half, and with the fund since 2016. Christensen will be retiring, the fund said in a statement on Wednesday (September 1).

Hill has been with QIC for three years, and was most recently deputy state chief investment officer. Her promotion is in line with a long-term succession plan, the statement wrote.

Before joining QIC, she was chief executive at DMP Asset Management and was previously a senior consultant at Frontier Advisors, where she had worked for 11 years as a leading consultant for superannuation funds. Fidelity International’s China president Daisy Ho is departing to pursue another opportunity, according to media reports citing a spokesperson for the asset management firm.

Shanghai-based Ho joined Fidelity in 2005 as head of account management for Hong Kong institutional business. She was promoted to China president in January 2020.

The company said Ho’s departure would not affect its China strategy. Fidelity was approved to set up a wholly foreign-owned enterprise mutual fund company in China by the China Securities Regulatory Commission (CSRC) earlier this month. It is the only other foreign firm to receive this approval after BlackRock.

The spokesperson said Fidelity International's managing director for Asia-Pacific ex-Japan Rajeev Mittal would lead the China business alongside the China senior leadership team while a search for Ho’s replacement is underway. 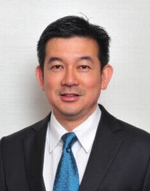 Chin succeeds Ho Lee Yen, who is leaving after 10 years with the company. A spokesperson for AIA Singapore said the firm had no further updates on his next move.

Chin joined AIA almost 30 years ago and is currently regional chief agency officer of AIA Group Agency Distribution. The spokesperson said AIA Group was still searching for a candidate to replace him.

The firm, which is a unit of Hong Kong’s AIA Group, also appointed Damien Tan as CEO of AIA Financial Advisers, effective September 1. He takes over from Delon Choo, who was appointed chief agency officer of AIA Singapore.

Tan was most recently head of tied distribution strategy at AIA Group. Both Tan and Ho will report to Chin.

They are both based in Hong Kong and report to Diane Raposio, partner and head of KKR’s Client Partner Group in Asia Pacific. Both are new positions to advance these two emerging strategies - credit and wealth - for KKR in the region, the spokeswoman said.

Yin stepped down as Greater China head at Pimco in May. She originally joined the asset manager in 2008.

On an interim basis, Yin's role will be supported by other members of the Asia Pacific client management team, according to a spokeswoman at Pimco in May. She declined to provide new updates.

Wang was most recently the co-head of investment strategy group Asia at Goldman Sachs, where he was responsible for China and Asia emerging markets macro strategies and tactical asset allocation. Goldman Sachs declined to comment on Wang’s replacement.

Wang is based in Hong Kong. He started the new role on Wednesday (September 1) and reports to Tony Sun, group executive director, Haitong International told AsianInvestor. It declined to comment on whether the role is newly created or a replacement.

Wang has more than 10 years of experience in the financial industry and public services, including Fudan University, International Monetary Fund (IMF), and Barclays. He is also an adjunct professor at the Shenzhen Finance Institute with the Chinese University of Hong Kong.

As head of Europe, Amabile has reshaped PGIM Real Estate’s European business – overseeing $28 billion in transactions, and building out the equity and private debt product architecture across the risk-return spectrum. He has also led the firm’s Latin America business, growing its key competitive advantage as a leading industrial investment manager in Mexico, alongside strategic expansion opportunities in the region.

Eric Adler, chief executive of PGIM Real Estate, previously served as global CIO in addition to his role as chief executive since 2013, and will continue to maintain involvement in setting investment strategy and executing on business priorities.

Amabile reports to Adler and will be based in London.

A spokeswoman told AsianInvestor that the unit will be led by Allison Ching, director of business operations and programme management, sustainable finance, LSEG, and she will be working with Geoff Horrell, group head of innovation, LSEG. This unit consists of a team of up to 10 people. Instinet Pacific, an execution services arm of Nomura Group, has named Ian Lauder as an executive director and head of liquidity strategy, Asia-Pacific, to help clients seek liquidity and manage market impact, it said on Wednesday.

Based in Hong Kong, Lauder is expected to bring value to the firm’s upcoming strategic liquidity and block trading initiatives in the newly-created role. Based in Singapore, Gu reports to CFO Nikson Ma.

The role is newly created. A spokesperson said the firm had been looking for the right person to manage the investment risk analysis and management and ESG standards and practices for its portfolio companies.

Gu was most recently a senior manager at software IT company VMware, based in Singapore. Prior to that, he worked as an internal auditor at Exterran Corp in the US and Singapore.

Ping An Insurance’s net investment return slipped 0.3% to 3.8% in the first half, while another Chinese insurance giant China Life’s return was up 0.04% to 4.33% in the same period.
Asset Owners
Staff Reporters

The bond fund manager does not plan to replace him. It has seen several senior-level hires and departures in the region in recent months.
Moves
Staff Reporters

The US asset manager is about to unveil the appointment of a Wellington Management veteran to fill a key role for its institutional business after recent senior staff changes.
Alternatives
Sara Velezmoro