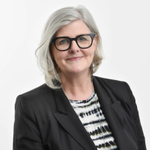 Aware Super has appointed Sam Mostyn as its new chair, following the announcement that current chair Neil Cochrane will step down after completing the maximum three consecutive terms. Mostyn will effectively replace Cochrane in March 2023.

Mostyn is currently president of Chief Executive Women, chair of Ausfilm, The Climate Council ANROWS and The Foundation for Young Australians. She also sits on the board of Mirvac, Centre for Policy Development, and The Goodes O'Loughlin Foundation.

In her executive career, Mostyn was a solicitor with Gilbert + Tobin. She has worked with Optus and IAG, and also worked as an adviser to Paul Keating during his time as Australia’s prime minister. 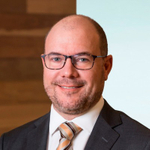 The Australian Retirement Trust (ART) has announced the appointment of Andrew Fraser as chair of its board to steward the fund through its next phase of integration and growth.

Fraser will assume his role with the A$200 billion superannuation fund — formed from the merger of Sunsuper and QSuper — after current chair Don Luke retires at the end of his term later this year.

Fraser was appointed as an independent director of Sunsuper in September 2015, and as Sunsuper Chair in February 2018. He has served as a director on the ART Board since February following the merger and brings a wealth of knowledge and experience to the role having served on Boards across a number of sectors over the last decade.

Luke served as chair of QSuper prior to the merger and is also a former chief executive of Sunsuper, having led the fund for more than a decade between 1997 and 2007.

“It has been an immense privilege to be able to work with the Board and the whole ART team to improve retirement outcomes for our members. Our members can rest assured they're in very safe and capable hands going forward,” said Luke in an official ART release. 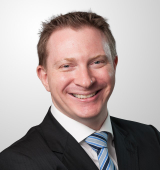 Graham will assume his new role on January 1, 2023, subject to regulatory approval. He will continue to be based in Hong Kong.

Graham joins Manulife from Cigna, where he covered eight markets including Hong Kong, Indonesia, Korea and Singapore in various senior leadership positions over the last decade with his most recent role as CEO, Asia Pacific. Prior to joining Cigna, Graham spent 14 years at GE Capital, which was then the financial services arm of General Electric. For the past three years, he has also been director and treasurer of the US ASEAN Business Council.

Graham has more than 25 years of leadership experience in the insurance and financial services industry with a track record of delivering results at scale, both regionally and in multiple geographies across Asia. 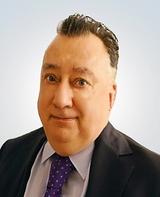 Hong Kong Exchange and Clearing (HKEX) has named Mark Carr as managing director and chief enterprise architect to carry out its technological and digital roadmap, the firm announced on Wednesday (October 5).

In the newly created role, Carr will play a pivotal role in HKEX’s technology investment strategy, as well as working as part of the senior technology and transformation teams to deploy and optimise the group’s enterprise-wide digital and process architecture.

Carr started the new role this week and will continue to be based in Hong Kong. He will report to HKEX Group chief technology officer Richard Leung. His team will include enterprise architect leads in the areas of data, security, infrastructure and platforms.

Carr has over 25 years of relevant experience with a focus on developing and managing systems architecture across a number of major organisations. He joins HKEX from the Hong Kong Jockey Club, where he was chief architect since 2013. Prior to that, he was with Credit Suisse Investment Banking and LCH Clearnet, where he focused on supporting several major international exchanges and platforms. 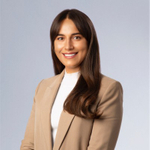 Global asset manager BlackRock has promoted Georgina Mitchell to chief of staff to the chair and head of Asia Pacific, according to an announcement on her LinkedIn profile.

In her new role, Mitchell will be responsible for driving the execution of strategic initiatives and projects in the region. She will continue to be based in Hong Kong.

Previously, Mitchell was a member of the Asia ex-Japan distribution team at BlackRock in Hong Kong, where she was responsible for relationships with global wealth clients.

She joined BlackRock in 2015 in London where she was responsible for distributing iShares ETFs and BlackRock Index Mutual Funds to global private banks, wealth managers and private investment offices.

Mitchell is also on the committee of both BlackRock's Women's Initiative Network and the Diversity Equity and Inclusion Network. 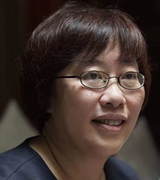 BlackRock has named former CMB Wealth Management chief equity investment officer Fan Hua to head its China joint venture to replace Ji Bing, who will return to Hong Kong from Shanghai while the firm is exploring future roles with him.

Fan, as the managing director and general manager of Blackrock CCB Wealth Management, will report to Tony Tang, BlackRock’s head of China. Her appointment is awaiting regulatory approvals, the firm told AsianInvestor.

Ji and Fan will ensure a smooth transition of responsibilities over the next few weeks, the firm said. 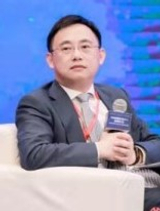 BlackRock’s Shanghai-based China JV was approved by the regulator in August 2020 and commenced business in May 2021. BlackRock holds a 50.1% stake, while CCB Wealth Management holds 40%, and Fullerton Management, a subsidiary of Singapore’s Temasek, owns 9.9%.

Ji was the first general manager of the JV since October 2020. Prior to that, he was the managing director of BlackRock in Hong Kong for over 12 years, responsible for institutional business development and client service in China.

Unlike Ji, who was named to lead the JV internally, Fan is hired locally from another wealth manager. 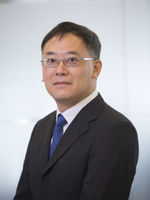 Perez joined in July, Kim and Chiu in August while Cham joined in September, a spokesperson told AsianInvestor. Chiu, Cham and Perez report to the four partners of SC Capital Partners, while Kim reports to the managing director and head of Japan investments. Chiu and Cham’s roles were not newly created, while Perez and Kim’s roles were newly created, the spokesperson elaborated.

Based in Hong Kong, Chiu will focus on managing RECAP investments across the Asia-Pacific region. He joins from CapitaLand Investment Management where he was responsible for overseeing all assets in the value-add fund, including the development and execution of asset enhancement plans.

Chiu left CapitaLand in August 2022 where his last role in was vice president, asset management, based in Singapore. This role has been backfilled internally, a spokesperson told AsianInvestor.

Prior to joining CapitaLand, Chiu spent 13 years with LaSalle Investment Management where he was the head of asset management for Greater China 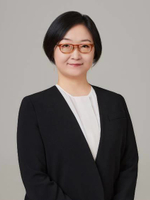 Based in Tokyo, Kim will focus on acquisition, value enhancement and realization activities for JHF. She was previously with EGW Asset Management as a director of asset management of hotels for five years. EGW did not respond to AsianInvestor's inquiries about when Kim left the firm and who succeeds her.

Prior to EGW, Kim was with Fortress Investment Group Japan as a vice president for hotel acquisitions and asset management. Kim has over 17 years of experience in the Japan real estate industry including at Jones Lang Lasalle Tokyo and Morgan Stanley Capital (formerly Panorama Hospitality). 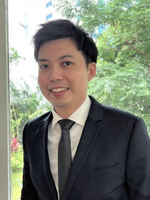 Based in Singapore, Cham is involved in various acquisitions, asset management, value enhancement and realization activities of the firm.

Prior to joining the firm Cham spent over six years with Keppel Capital and Keppel DC REIT, where he was last head of investments, global at Keppel DC REIT Management in Singapore. Cham left Keppel on September 22 and has been replaced internally by Andrew Lin, a spokesperson told AsianInvestor.

Prior to Keppel, Cham was involved in the portfolio and fund management of an Asia Pacific real estate fund at PGIM Real Estate and handled real estate acquisitions at MEAG Pacific Star Asia. 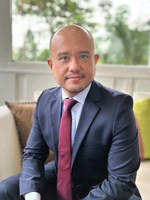 Based in Singapore, Perez oversees internal research across the firm’s strategies, covering the Asia Pacific market.

Perez joins from Lendlease, where he worked for 10 years, overseeing the research in Asia and provided research house views and strategic insights. Lendlease declined to comment AsianInvestor's inquiries about when he left the firm and who succeeds him. Prior to Lendlease, Perez spent five years at Jones Lang LaSalle in Sydney as a research manager. 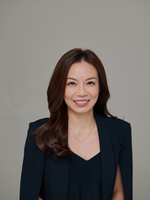 Capital Group has appointed Vanessa Huang as director of financial intermediaries for Singapore and Southeast Asia. She started October 3 in the newly created role, a spokesperson told AsianInvestor.

Based in Singapore, Huang reports to Suyin Tan, managing director of financial intermediaries for Singapore and Southeast Asia, who recently joined from Goldman Sachs Asset Management.

Huang joins from Franklin Templeton, where she was vice president of Southeast Asia distribution sales. She was based in Singapore and left the firm in July 2022, a spokesperson told AsianInvestor. Franklin Templeton has hired a replacement for the role who will be onboarded soon. Her responsibilities are shared within the team in the interim, the spokesperson added.

Prior to that she held distribution and product management roles at BlackRock, Martin Currie and Citibank in Singapore. 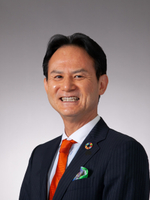 Yanagi is formally appointed to the non-executive role following a prior period of consultancy with M&G Investments Japan. He will act as an adviser to Carl Vine, fund manager and co-head of Asia Pacific equity investment at M&G.

Yanagi has worked with a broad range of private companies and public institutions, as well as holding positions in the academic world as visiting professor at Waseda University. He is well known for the work he has conducted on ESG and stewardship, developing the “Yanagi Model”, a formula designed to show the relationship between ESG factors and corporate value. 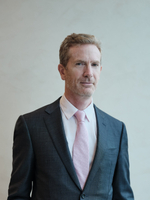 Pictet Wealth Management has appointed Hugues Rialan as chief investment officer (CIO) and head of discretionary portfolio management for Asia, with immediate effect. Based in Singapore, Rialan reports to Evelyn Yeo, head of Asia investments, and functionally to César Pérez Ruiz, global head of investments and CIO. Pictet did not respond to AsianInvestor’s inquiries about who Rialan replaces.

Rialan relocates from Geneva and was the CIO of Pictet North America Advisors since 2011.  He previously worked in the private wealth management unit of Goldman Sachs in London, where he focused on serving ultra-high-net-worth clients. He subsequently worked for Banque Robeco in Paris.