POBA CIO TO DEPART AFTER SIX YEARS IN OFFICE 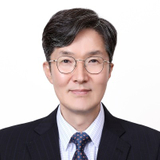 Korea's Public Officials Benefit Association (Poba)’s chief investment officer Jang Dong-hun will be leaving the $15 billion pension fund in January 2022 after six years in the role since November 2015, making him the longest-running CIO at a public pension fund in Korea.

Poba has a rule that the CIO’s three-year tenure can only be renewed once, meaning Jang’s term cannot exceed six years. Jang told AsianInvestor that his next step is not determined yet.

In an announcement on Wednesday (November 3), Poba has started the public recruitment for a new CIO under a three-year term. The application period will end by November 17 and Poba will arrange interviews after that.

Having been CIO for six years, Jang has served the longest term in Korea's public pension fund industry. Under his management, Poba recorded an annualised return of 6.9% in the past five years, surpassing its 5.5% target.

Based in Seoul, Jang has over 30 years of experience in Korea’s asset management industry. Prior to Poba, he was CIO of Woori Asset Management for nearly four years, and chief executive of AllianceBernstein in Korea for over two years. “Climate change, which was only on the horizon when CPP Investments was established nearly 25 years ago, has become the defining issue of our time,” said John Graham, President and CEO of CPP investments in an official statement.

As the new chief sustainability officer, Orida is now responsible for environmental, social and governance (ESG) matters. As the global economy transitions to address climate change, she is tasked with refining and executing the sustainability roadmap for CPP Investments, which manages C$519.6 billion (US$410.48 billion) in assets as Canada’s biggest pension fund

In addition to the newly created role, Orida will continue to hold the position of senior managing director and global head of real assets. Through her leadership, the real assets department has already made significant investments that support the economy transition, including more than $7 billion of renewables, 403 green buildings and decarbonisation technologies and services.

Prior to joining CPP Investments 12 years ago, Orida was a vice president at Goldman Sachs in New York. During her tenure with CPP Investments, she has held other senior leadership roles including senior managing director and global head of active equities.

With Orida’s appointment, the sustainability investment group led by Richard Manley, managing director and head of sustainable investing, will move from the active equities department to the real assets department. Anusha Thavarajah has been appointed regional chief executive officer of Allianz Asia Pacific, succeeding Solmaz Altin, who has decided to leave the organisation after 13 years with the company. The new appointment will be effective from December 1.

She will report directly to Oliver Bäte and Sergio Balbinot, the CEO and member of the board for Allianz respectively

Anusha is currently Allianz Asia Pacific’s regional CEO of Life & Health, having joined the business in December 2019 from AIA Malaysia. She has over 30 years of experience in the financial services industry, having served in various senior leadership roles in the United Kingdom, Hong Kong and Malaysia, and was president of the Malaysia Life Insurance Association.

Solmaz Altin has been the regional head since May 2019. He is also the CEO of Allianz (China) Insurance since its establishment at the end of 2019. Joined the firm in 2009, he held various roles in the group including chief risk officer, chief financial officer, CEO of Allianz Turkey.

The replacement of the regional CEO of Life & Health also CEO of Allianz (China) Insurance will be announced at a later date, a firm's spokesperson said. Duncan Robertson has been named to the newly created role of head of international, effective November 3, a spokesperson has confirmed to AsianInvestor.

He reports to Mike Freno, chairman and CEO of Barings. The International role will ensure the seamless delivery of Barings investment products and services to clients across our local markets. Duncan will also focus on the development and enhancement of the firm’s strategies for the Asia Pacific and EMEA regions. He was most recently the head of Asia Pacific, also the global head of distribution and marketing.

Robertson joined the firm in 2008 and will still be based in Sydney for the new role. He will continue to serve as head of Asia Pacific. Eric Lloyd, the firm’s newly named president in November, will oversee all global distribution and marketing activities, the spokesperson said. Simon England-Brammer, current head of Asia Pacific at Nuveen, will expand his role to become head of Emea and Asia Pacific Institutional and will relocate from Hong Kong back to his home in London, according to the firm’s news release on November 1. A spokesperson told AsianInvestor that his first day with the newly expanded role will be November 15.

England-Brammer joined the firm in September 2016 and had previously worked in Invesco and AXA. He continues to report to Mike Perry, head of global client group.

Nuveen will be also hiring a new head of Asia Pacific ex-Japan to deepen the leadership ranks and renew Nuveen’s focus on the growth of business in China, Korea, Australia, and other markets in the region.

Michi Suzuki, current head of Japan will continue to lead that region and maintain his reporting line to England-Brammer. Fidelity International’s China president Daisy Ho has been appointed as HSBC Asset Management’s regional CEO for Asia Pacific and Hong Kong. Based in Hong Kong, Ho will join the firm on November 8 and report to global CEO Nicolas Moreau, the firm announced on Tuesday (Nov 2).

In her new role, Ho will continue to build on the firm’s strength in Hong Kong, increase market shares across core markets, and expand business in mainland China, India and ASEAN countries.

Ho replaces Pedro Bastos, who is moving to a newly created role as chief investment officer for international markets and Asia strategist. Bastos will work closely with the asset class CIOs and CIOs of the firm’s international markets to support their local investment teams. As Asia strategist, he will also contribute to promoting the firm’s global house views and Asia macro and investment views. He will continue to be based in Hong Kong. Bastos will report to global CIO Xavier Baraton in his new role. After Ho joins on Nov 8, Bastos will remain in his current role as regional CEO for Asia Pacific and Hong Kong until the completion of regulatory approvals for Ho’s appointment.

Before joining HSBC, Ho was with Fidelity International for over 16 years and served in various senior roles. She was most recently the China president based in Shanghai since January 2020. Rajeev Mittal, Fidelity’s managing director, Asia Pacific ex-Japan, has been leading the China business alongside the China senior leadership team until a replacement of Ho is found, the firm told AsianInvestor. HSBC Asset Management has appointed Christine Chow as head of stewardship and engagement. Based in London, Christine joined on Oct 1 and reports to Stuart Kirk, global head of responsible investing and research, the firm said on Oct 25.

Chow will lead HSBC AM’s responsible investing work around engagement with issuers and grow the firm’s research and insights on this topic. Her role will be aligned with HSBC Group’s net-zero strategy and will focus on climate and sustainability engagements. She will also grow the team with new hires who will join in the coming months.

Chow takes over from Thomas O’Malley, who moves into the role of head of policy with HSBC AM’s newly created sustainability office, reporting to Erin Leonard, global head of sustainability.

Chow has 25 years’ experience in investment management, research and consulting, with a focus on ESG, technology and sustainability. Prior to joining HSBC AM, she held various public roles, including being a member of the Data Governance Task Force of the UK All Party Parliamentary Group on artificial intelligence since 2018. She is also an honorary adviser to the Financial Reporting Council Hong Kong. Yap is responsible for overseeing the business operations, investment strategies, and growth of Nomura Asset Management Malaysia. He has started the new role on Monday, and report to the senior management team in Tokyo where the company is headquartered, AsianInvestor has learnt.

Yap has over 20 years of investment management experience and joined Nomura Asset Management in 2008. He was most recently head of investments for Malaysia, overseeing the developed markets equities portfolio management team in Kuala Lumpur.

The firm is on the hunt for Yap’s replacement. At the moment, Yap still acts as head of investments for Malaysia while he takes on the new role, AsianInvestor learnt. In this new role, Shanghai-based Matthew will oversee the Shanghai-based investment team that currently supports the deployment of PGIM Real Estate’s pan-Asian investment funds in China. He reports to Benett Theseira, head of Asia Pacific at the firm.

Most recently from CBRE Global Investors where he headed its China business. A spokesperson from CBRE told AsianInvestor that Matthew’s last day with the firm was Oct 13 this year.

“Logistics is our primary investment focus in China. Given that focus and in keeping with our operating model that leverages sector specialization, we have named Daniel Zheng, director and head of development management for China, as head of China logistics,” the spokesperson added. Tay joins from Sequent Group, where he was head of Asia. Before that, he was with Julius Baer for almost 14 years, most recently as head of wealth planning and investment finance for Southeast Asia. Earlier in his career, he held various senior positions at BNP Paribas Private Bank and HSBC Trustee (Singapore).

In this newly created role, Graham will be essential to the growth of the sustainable multi asset solutions team, the firm said on Wednesday (Nov 3).

Graham has started the new role on Monday and reports to Remmert Koekkoek, head of sustainable multi asset solutions, the firm told AsianInvestor.

Based in London, Graham will be responsible for a global mandate including Asia. He will develop ESG strategies for each asset class and discover new strategies for renewable energy, energy conversion, smart mobility, clean tech and green buildings.

This article has been edited to correct the year Duncan Robertson joined Barings.