Raffles Family Office has made two leadership appointments. Annie Hu is now executive director in charge of the firm’s China business, while Jo Huang has been made head of private equity.

Hu took up the posting on July 1 and continues to be based in Beijing. She was most recently a director at fund services firm Vistra.

Huang's role was made effective on July 15 and she continues to be based in Hong Kong. She joins from PICC Asset Management which she joined in 2017 and was most recently director of private equity.

They both report to chief executive Chiman Kwan. A spokesperson for Raffles said the appointments are newly created in line with the firm’s pan-Asian expansion.

Vistra and PICC did not respond to requests for comment. Cassandra White has joined Sun Life as president of digital enterprise in Asia and will lead Sun Life’s digital transformation across the region. She will sit on the Asia leadership team and report to Léo Grépin, Sun Life Asia President, the life insurer announced on Tuesday.

White is currently based in Singapore but will relocate to Hong Kong. She replaced Shiney Prasad and started in July, the firm told AsianInvestor.

Meanwhile, Darren Pigg was named as chief transformation officer for Asia, responsible for digitalisation, transformation, strategic planning and driving agility and innovation. Pigg was a partner with KPMG before joining.

Aneesh Chaudhry was named as chief data and analytics officer for Asia, responsible for artificial intelligence (AI), analytics, business intelligence and modelling initiatives. His last role was chief data officer and vice president for IT, analytics and business services in South Asia with Unilever.

Pigg is based in Hong Kong. Chaudhry is currently in India and will relocate to Hong Kong. They have started the newly created roles in July. Both of them report to White, the firm told AsianInvestor. Based in Singapore, she will report globally to Brenda Lyons, global head of asset servicing product, and regionally to Mostapha Tahiri, chief executive officer for Asia Pacific.

She replaces Babloo Sarin, who has taken on the role of head of asset owner and official institution segments for Asia Pacific, a spokesperson said.

Tan was most recently global head of product management at Deutsche Bank, which she joined in 1999. 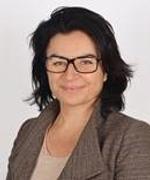 She joins Natixis IM from Mirova US, where she was head of ESG strategy & development and will report to Joseph Pinto, head of distribution for Europe, Latin America, Middle East and Asia Pacific, according to a spokeswoman.

Based in Boston, Wallace replaces Harald Walkate, head of ESG at Natixis IM under the new title. The firm declined to comment on Walkate's last day.

Mirova is the sustainable investor affiliate of Natixis IM. Wallace joined Mirova in January 2021 as head of strategy and development. Previously she worked for the CFA Institute's ESG technical committee. Schroders has named Susan Soh as the sole head of Schroders Asia Pacific with effect from November 2021.

The appointment comes after Soh and Chris Durack were appointed as co-heads for Asia Pacific in April 2020. However, Durack has decided to leave the firm due to personal reasons that prevents a planned relocation to Asia from Australia.

Chris will remain with Schroders until the end of October to ensure a smooth handover of responsibilities, according to the firm’s statement.

Singapore-based Soh will report to Lieven Debruyne, global head of distribution. Soh had led the firm's Singapore office for 14 years before she took the Asia Pacific co-head role. The fund administrator hired Koolen from its competitor Apex Group, where he was the managing director for the Australian business since 2019. He left the company in March.

The firm has been expanding aggressively, and plans to list on the ASX within three years, and expand operations to India, Abu Dhabi, United States and Taiwan later this year. Apex Group, a global financial services provider, on Thursday announced the appointments of Prakash Kharel as head of real estate for Asia Pacific, and Andrea Gallenca as head of private market sales for Australia.

Both roles were newly created as Apex is trying to meet the growing demand from the maturing private markets and real asset funds in Asia Pacific, the firm told AsianInvestor.

Kharel has started on July 5 and reports to Head of Real Estate Micheal Sheahan. He joins Apex in Singapore from Revantage Asia, provider of corporate services to Blackstone’s real estate investment structures and investment entities, where he was head of finance. Based in Sydney, Gallenca began his new role on June 28. He reports to Liam Woods, head of business development, Asia, and will oversee the firm’s private markets sales operations in Australia. Prior to joining Apex, Gallenca was head of sales at Alter Domus Australia where he built and managed multi-service and -jurisdictional relationships with clients across Asia, Europe and Africa.

Goldman Sachs has appointed two returning Australians to lead its private wealth team in the country.

Chris Kavanagh and Aaron Shirley, who have been posted overseas for some years, will both be returning to Australia to take up these positions.

Shirley returns from Singapore, where he had been based for six years with Goldman Sachs. He is currently an executive director for its private wealth management business.

Kavanagh was based in London where he worked as co-head of the charity and education investment group at the firm. He previously worked at Barclays and Macquarie Group, both in Sydney and London.

Goldman Sachs did not respond to queries over when the roles will be made effective, if these are new roles, and if replacements for their previous role had been found.

Craig Hobart has joined Monochrome Asset Management as head of distribution, where he will be responsible for the fund manager’s distribution and growth strategies.

Hobart was previously general manager of strategic relations at superannuation fund Rest between 2016 and 2018, and was also employed at BT and Nikko Asset Management.

Credit Suisse has hired Brett Ryman as a director in the financial institutions group (FIG) for its Australia investment banking arm.

Ryman was previously head of corporate development at the Bank of Queensland (BoQ), making this Credit Suisse's second hire from the bank. He will report to FIG head Anthony Rose who joined Credit Suisse from BoQ last year.

Before BoQ, Ryman worked in Sydney and Hong Kong at Citi across several sectors.

North American family offices are drawn to Asia, while firms already in the region are also looking to increase investments, according to a new report.
Asset Owners
Staff Reporters