Laura Wright has retired from NGS Super after 14 years, the last 4 years of her tenure being in the chief executive role.

She succeeded former chief executive Anthony Rodwell-Ball following his resignation in March 2018 — first in an acting capacity and then on a permanent basis — shortly before the fund's merger with QIEC Super.

Chief risk and governance officer Natalie Previtera has been appointed as acting chief executive while NGS Super looks for a permanent replacement.

Previtera has been with the fund since 2019, joining from AMP where she was senior manager, trustee governance. She has also previously held roles at Suncorp, Perpetual and Commonwealth Bank. Deehan brings with him 25 years of life insurance, health insurance and pensions experience, including more than 10 years working in Mainland China and Hong Kong. He joined WTW in January last year to develop and grow the ICT business in Hong Kong.

Prior to WTW, Deehan was the CEO of the UK-owned life insurer Standard Life in Hong Kong where he led the transaction to sell the business to the group’s Mainland China joint venture life insurance unit, Heng An, according to Deehan’s LinkedIn profile. He also served as a non-executive director of the Heng An Standard Life joint venture and supported its successful entry into the Chinese pension market. Based in RFO’s Singapore office, Kwan will lead the efforts to build solutions for Asia’s ultra-high-net-worth families within real estate portfolios and acquisitions both regionally and globally. The new offering will be the third under RFO’s Advanced Wealth Solutions arm, which also includes private equity and structured investment solutions teams. RFO did not respond to AsianInvestor's inquiries about who oversaw real estate investments before Kwan, other than stating that "Raffles Read Estate is a new property solutions team that helps clients optimise their real estate portfolios and acquisitions, and that is part of RFO’s Advanced Wealth Solutions division."

Kwan joins the firm from real estate investment advisory firm Sakal Real Estate Partners (SRE), which is also based in Singapore and was co-founded by him in March 2018. Prior to SRE, Kwan was head of Singapore for global private equity real estate firm Chelsfield Asia. He has also held positions as global fund manager and as head of research and strategy for Asia Pacific real estate at UBS Global Asset Management, as well as Aviva Investors and Singapore’s Urban Redevelopment Authority. 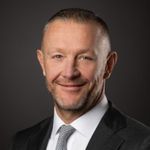 DWS has hired Adam Willis as a senior client coverage specialist in its client coverage division to cover the Australian and New Zealand markets, according to an official release on August 23.

Willis will be based in Sydney and now reports to Lidia Tomova, head of client coverage division, for Australia and New Zealand. He will be responsible for building consultant relations and building relationships with local investors to support their long-term objectives.

"DWS's solutions-oriented approach is well suited to the local market. As part of the Australia-based team, I look to bring my experience working with institutional investors to help DWS grow its presence and influence in one of the world's most prominent savings markets," said Willis.

He has more than 20 years of industry experience, most recently with Research Affiliates where he was responsible for the distribution of the firm’s solutions to Australia-based institutional and wealth investors and their advisors. Before that, Willis worked in London for Legal & General Investment Management (LGIM) as its head of index & multi-asset distribution and was also previously and executive director at MSCI. Frasers Property has worked with capital partners over the years in various asset classes including industrial, commercial, retail and mixed-use developments across multiple markets.