Buoyed by rapid industrialisation and a fast-growing middle-class, Vietnam is poised to emerge strongly from the Covid pandemic and place itself firmly on the radar of foreign investors, experts told AsianInvestor.

The optimism is based on the strong economic foundation built over a decade of steady GDP growth averaging 6% annually up to and including 2019. Despite the pandemic setbacks in the last two years and new threats from the Ukraine crisis and inflation, the outlook is positive, they said. 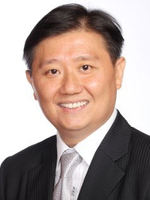 “We wouldn’t be surprised if the GDP grows by more than 7% this year with the rebound in consumption, the expectation for a full reopening of the country to foreign tourists and the recently approved stimulus aid package,” VCG Partners chief executive Jason Ng told AsianInvestor.

Vietnam is opening its borders fully from today (Mar 15) – close to 80% of its population has been vaccinated. The government approved in January 2022 a 350 trillion Dong ($15.3 billion) stimulus package to help local businesses and workers affected by the pandemic.

VCG is the Singapore subsidiary of VinaCapital, one of Vietnam’s leading investment management firms.

One of the key economic drivers is clearly industrialisation, powered by foreign direct investments (FDI) which have not slowed down significantly despite the pandemic disruptions.

About $15.8 billion of foreign capital flowed into the country in 2020, down slightly from $16.1 billion in 2019, according to the World Bank. The official figure for 2021 is expected to be in the same ballpark, given that investors are attracted to Vietnam’s low-cost labour, young and educated workforce, stable currency, and generous corporate tax incentives.

The bulk of the FDI has gone into the manufacturing sector which churns out products from high-end Samsung phones and LG air conditioners to traditional footwear and apparel for overseas export markets.

The country has also benefited from companies relocating from China as a result of trade tensions with the US,” See Yong Sheng, president of the Singapore Business Association of Vietnam, told AsianInvestor. “Vietnam has played its card very well in balancing its interests between the US – its largest export market and China – a major source of raw materials,” he said.

It has signed a plethora of free trade agreements with the US, EU, China, Japan, South Korea, and ASEAN, which has enhanced its position as a manufacturing and export hub.

For every Samsung or Foxconn that begins operating in Vietnam, raw land will need to be developed into factory space, offices, and homes for the workers, said See, who has been based in Hanoi for 10 years working for a major conglomerate.

Other major players in this space include logistic giants such as SIngapore-based GLP, China's JD.com, and Australian firm Logos as well as home-grown property developer VinGroup, which GIC has bought a stake in.

Another key driver is the rise in domestic consumption, said Ng who worked previously in the real estate sector in Vietnam for 16 years before returning to Singapore eight years ago.

The surge of foreign investments in recent years from the likes of Samsung, Intel, and Foxconn has created jobs and a vibrant middle class, as well as nurtured many local small and medium business owners who have become suppliers to the big manufacturers.

The emergence of the middle class – those earning $700 a month – will boost domestic consumption from housing to consumer electronics to lifestyle products such as cars, entertainment, and health and fitness.

“The young middle class is digitally savvy, so e-commerce and the supporting distribution and logistics sectors are expected to benefit from it,” he said, adding that financial services, residential property, digital technology, and green products are potential investment opportunities,” he said.

It is no surprise that some of Vietnam’s top companies such as VinGroup – which operates businesses in property, healthcare, and consumer retail - and the Masan Group - which has wide-ranging interests in retail, food and beverage, and financial services – are among top investors’ targets.

Singapore wealth fund GIC has invested in both companies as well as Vietcombank, one of the country’s top banks.

Ng said the investor confidence in Vietnam is reflected in the resilience of its stock market which has dropped by only 3% since the Russian invasion of Ukraine began.

The VN-Index (VNI) – the major benchmark that tracks the performance of more than 300 equities listed on the Ho Chi Minh and Hanoi stock exchanges – was up 39% in 2021, one of the top performers globally.

While the market cap of the major Ho Chi Minh stock exchange is only $256 billion, small relative to its regional peers, its daily turnover has reached an average $1 billion, higher than the more established bourses in Singapore, Malaysia, and the Philippines.

Analysts believed when such as move happens it could potentially bring billions of dollars of investments into Vietnam because ETFs and index funds that benchmark to FTSE emerging markets indices would need to buy Vietnamese equities.

However, Vietnam is not completely risk-free. “In our view, the biggest current risks for foreign investors is the resurgence of inflation and the possible depreciation of the Vietnamese Dong against a stronger US dollar,” said Ng.

But he said the country, which has foreign reserves of more than $100 billion and a healthy trade surplus, would be able to hold up. The impact of the Russia-Ukraine crisis was expected to be muted given its minimal economic ties with the two warring nations.