Enthusiasm for Chinese tech firms has tapered after Ant Group was thrown into disarray by China’s new financial rules. Investors’ appetite for these shares has not entirely recovered as the country’s top leaders continue to stress the need to tighten financial regulations to prevent the so-called “disorderly” expansion of capital.

The Hang Seng Tech Index, which represents the 30 most prominent technology companies listed in Hong Kong, including Alibaba and Tencent, fell to 8,551 as of March 19 from a peak of 10,945 on February 17, representing a near 22% decline in one month.

Weeks ago, Chinese search engine giant Baidu raised $3.08 billion after pricing its Hong Kong listing at HK$252 per share. Baidu had initially sought to sell each share at up to HK$295.

China has increased scrutiny of its internet giants, citing concerns over monopolistic behaviour and potential infringement of consumer rights. Ant Group’s valuation is now estimated at around $200 billion based on its 2020 performance, according to a Reuters report, which cited people with knowledge of the matter. The number is far below the $315 billion touted in November for what was set to be the world’s largest IPO.

Recently, Chinese online video platform Bilibili launched its initial public offering (IPO) in Hong Kong, seeking to raise as much as HK$24.7 billion. Backed by Tencent and Alibaba, Bilibili is set to price on March 23 and to start trading on March 29. It remains to be seen how its IPO will be received.

Meanwhile, amid China-US tensions, a rising number of Chinese tech firms listed in the US are considering a secondary listing closer to home. PwC predicts there will be 170 IPOs in 2021, raising an estimated HK$420 billion to HK$460 billion ($54.09 billion to $59.24 billion). This could set a new record high for the city's bourse, and lead it to become the world's most prolific IPO fundraising destination this year.

AsianInvestor asked investment professionals to share their views on whether Chinese tech firms are overvalued and how this busy IPO pipeline will drive the market.

Chinese tech firms are queuing up for IPOs

The following contributions have been edited for brevity and clarity. There is dispersion in valuations across the Chinese tech space. While some pockets of the Chinese tech sector look expensive, we continue to identify bottom-up opportunities and hold a meaningful position in select names trading at a significant discount to intrinsic value.

Though the news flow around regulations may create short-term share price volatility, we do not think that the current regulatory stance will meaningfully alter the intrinsic value of our China tech holdings.

We think that the regulator’s key focus is on ensuring the healthy and sustainable development of the China internet space for all stakeholders rather than curbing the tech sector's development. The key companies in the Chinese tech sector contribute to a significant portion of economic growth and employment and play a pivotal role in the Chinese government’s technological goals.

We expect the trend of secondary listings in Hong Kong to continue as companies seek to mitigate risks related to Sino-US tensions. These companies can also tap into more diversified funding sources including mainland Chinese investors who had previously not had access to many China tech names. The change in regulations should allow the government greater oversight of the overall industry. However, the outcome should be accommodative towards the leading companies’ core businesses and should not lead to any material damage.

The government’s aim is not to kill fintech developments but instead to prevent any systemic risk. Fintech companies play a crucial role in driving Chinese economic expansion, with consumption as the main growth engine.

We continue to see strong fundamentals and solid catalysts in the long term for a number of these innovative companies. Growth opportunities in new retail, cloud and international e-commerce suggest further upside in the medium term. We think the technology-led transformation of the financial sector will remain a long-term development and offers opportunities to companies contributing to this journey. The shares of Chinese tech companies have seen some sharp corrections from the January-February peak with concerns over rising interest rates, continuity of liquidity inflows and regulations.

From a regulatory perspective, we believe the scrutiny on fintech monopoly and malpractices is coming to an end. Going forward, we see the government being supportive of tech companies as they put in place independent technology, proper market practices and measures to comply with the new rules.

In recent weeks, the southbound net purchase of Hong Kong equity has normalised to below trend. We believe that most of the risks are centred on the price. Chinese tech firms are trading at discounts compared with global technology companies, especially some US application software and fintech companies.

On IPOs, more US-listed Chinese companies will look to have dual listings following the audit legislation that was passed in the US in 2020, which has a three-year implementation period. 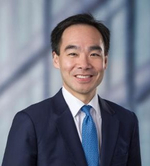 China’s A-shares have seen volatility in the last few weeks as global markets reprice for a more reflationary outlook. Investor interest has shifted from “new” to “old economy” names as we see prospects of the end of the pandemic, with a boost for physical assets such as energy and materials.

This cyclical recovery has meant a temporary underperformance of structural growth sectors such as technology and healthcare. Higher interest rates also contributed to concerns about valuations for “long duration” names. Once the dust settles from this rotation, we think investors will positively reassess these sectors.

We continue to believe in attractive long-term structural growth opportunities in the China technology sector, so we see the rotation as an opportunity to add to selective stocks at more attractive prices. The correction has helped to create value in some of these compelling structural growth stories. That said, technology is a broad sector category. We are focusing on more economically sensitive stocks such as semiconductor companies that could be beneficiaries of the ongoing rotation while retaining long term structural attractions. Given the amount of innovation that is taking place in China, tech is likely to remain a key focus sector for many investors.  Stay-home measures accelerated existing tech trends that we had expected to take about five years to materialise. These trends are not about to reverse, and if anything, are here to stay.

Overall, A-shares remain the largest area of interest for foreign investors because first, it is new to many. Second, investment in A-shares is set to grow as inclusion factors increase. Third, A-shares have a higher exposure to more growth in headline-garnering sectors.

However, ADRs remain the stalwart for many investors, given the large-cap structural compounder nature of some of these names. We believe these are shifts that will endure. Having said that, this trend is branching out into fintech and healthcare names that are increasing their growth profile as well. Regulation has increased for technology platforms around the globe and in the last few years, also in China. The focus in China has been on areas like gaming, e-commerce and fintech activities. The affected firms will adjust their business models where needed. In general, the larger platforms are better equipped to make these adjustments and often further improve their competitive position versus smaller peers.

So, even though uncertainty around regulation might harm short-term sentiment towards these companies, longer-term they remain well-positioned and can benefit from the solid structural growth trends we are observing in the Chinese digital economy.