This year has seen the Japanese yen take a steep dive against other major currencies and especially the US dollar, which makes up the lion’s share of Japanese investors’ capital deployment overseas.

But the yen’s current depreciation has only caused limited trouble for most Japanese pension funds that have hedged US investments against currency fluctuations, according to Konosuke Kita, director of consulting at Russell Investments in Japan.

The decision-making of pension funds is based on a long-term view, so most will not change their portfolios unnecessarily, and they would also expect managers to correspond to market conditions, Kita told AsianInvestor. 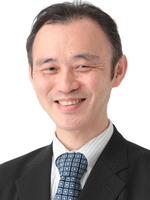 After trading at 104 to the US dollar at the start of 2021, the yen began to weaken in a trend that accelerated in 2022. By June, the yen was well below 130 to the dollar: a low not seen in decades. This sort of depreciation has been occurring at a speed unheard of in recent years.

The principal reason for the yen’s decline is the divergence between the monetary policies of the Bank of Japan (BOJ) and the US Federal Reserve (Fed). That is fueled by the growing expectation that the spread in interest rates between the two countries is about to widen as the Fed is expected to continue the trend of interest rate hikes.

Japanese investors recognise this trend, Kita explained. And should the governor of BOJ, Haruhiko Kuroda, consider following suit and raising interest rates, the investors will also be ready for that scenario.

“Once Kuroda-san [is thought to be changing the rates], people think that the yen may appreciate dramatically,” Kita said.

However, the BOJ is continuing its policy of quantitative easing and currently shows no signs of altering its monetary stance. Despite the Fed turning to increasing interest rates, the BOJ appears intent on continuing the massive supply of liquidity to maintain a low interest rate. As the global inflationary trend has accelerated in 2022, this will likely spur the yen’s decline even further.

One corporate pension fund that does monitor the development closely is Kewpie Pension Fund, the namesake corporate retirement fund for the food manufacturer best known for its mayonnaise. 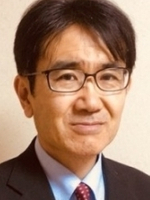 Kosuke Okimori, its executive investment director, manages two funds with a current total of ¥69 billion ($511 million) in assets under management (AUM). He sees problems with overseas fixed income since the hedging costs for Japanese investors are likely to increase, wiping off the coupon, or annual interest rate, in the near future.

At the same time, the strong dollar also means that private assets have gained so much of the share of the portfolio that it has become overweighted. While Kewpie Pension Fund — among other Japanese corporate pension funds — has benefitted from being an early mover into alternative investments, Okimori says the impact from the recent depreciation of the yen is cause for some concern.

"For the last 12 months, private assets contributed positively to our return, but that may not be the case for the coming year. I have to be careful about new investments due to the unpredictable currency rate,” Okimori told AsianInvestor in June.

Japanese life insurers’ big positions in government and corporate bonds overseas are especially centred around the US, followed by Europe, Australia, and the UK. The US bond yield is rising relatively higher compared to Japan. Simultaneously, the Japanese yen has been depreciating against the US dollar. Japanese life insurers have an “open position”, meaning on average 60-70% of the bonds have been currency-hedged, but roughly 30-40% of the foreign bond portfolio has not been hedged, according to Teruki Morinaga, director of insurance at Fitch Ratings Japan.

“All four insurers reported higher investment margins mainly because of increases in stock dividends and the Japanese yen value of foreign bond interest income arising from the yen’s depreciation against the US dollar. We expect investment margin to improve as interest rates rise,” Moody’s wrote on June 2.

Still, some life insurers are thinking about investing more into the eurozone along with currency hedging, according to Fitch Ratings Japan’s Morinaga. Currency hedging costs against the euro was considered relatively low, although that picture has somewhat changed after the European Central Bank recently raised rates by a half-percentage point in its first hike since 2011, effective July 27.

Meanwhile, although the hedging cost against the US dollar is rising again, some companies are planning to buy more US dollar-denominated bonds, because the continuing interest rate rise seems more certain compared to Europe and especially Japan.

“However, hedging costs are also rising, so some life insurers are saying that by using their ample excess capital buffer, they are buying more US dollar-denominated bonds without currency hedging. If the yen depreciation trend continues, their investment will turn out to be successful for the time being,” Morinaga told AsianInvestor in June.