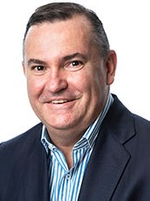 Adrian Harrington,
Charter Hall
“A number of our partnerships continue to expand as our domestic and global investors continue to deploy capital into Australian real estate,” Adrian Harrington, head of capital and product development for Charter Hall in Melbourne, told AsianInvestor, adding that fund flow data for 2021 will not be released until August.
He said that the largest proportion of the 26 investors in the logistics fund were from Asia, including Japan, Singapore, Malaysia and Thailand. A big portion of was from Australia with others from countries including Switzerland, UK, Netherlands and Canada.
DOUBLING DOWN
Aware Super is one of the Australian investors to have increased its domestic allocations over the past year.
“We doubled down during the pandemic in real estate globally, including in Australia,” Alek Misev, portfolio manager for property at Aware Super in Sydney, told AsianInvestor.
He pointed to domestic investments in multi-family and retirement living, where the fund partnered with APG, adding that the Australia strategy over the past year has been selling out of retail and some office assets and allocating to industrial, multifamily and retirement living.
The fund has a team of five based in Sydney and currently invests 80% of its assets domestically, focusing on direct platform investment. 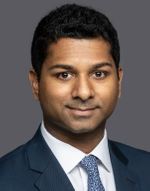 Ruban Kaneshamoorthy,
Brookfield
“Alternative real estate asset classes are increasingly getting more focus in the Australian market, including multifamily,” Ruban Kaneshamoorthy, head of investments for real estate in Australia at Brookfield Asset Management, told AsianInvestor.
He said the sector was still in its infancy with most developments still being built but that there was investor interest in the sector, due to the potential scale for capital deployment, diversity and perceived stability of the cash flows.
EYE ON LOGISTICS
Another super fund which has been looking to reduce or rearrange some of its domestic allocation to real estate is LGIAsuper. Troy Rieck, LGIAsuper
CIO Troy Rieck told AsianInvestor he was cautious in the face of spiralling valuations in the logistics sector.
“The Amazon trade is having a huge impact on valuations or industrial property. The best discipline against overpaying for logistics assets is a willingness to sell,” he said, noting that he was exploring sales of logistics and other specialist assets at the right price. “We are happy to allocate [the proceeds] elsewhere in the portfolio.”
Recent activity, especially in the logistics sector, is pushing up valuations in Australia’s real estate sector. In April Blackstone sold an industrial portfolio for A$3.8 billion to ESR, a Hong Kong group and GIC in Singapore, in Australia’s largest ever logistics and general property portfolio deal. JLL, the agent on the deal, said that losing bids from other buyers had totalled $45 billion.
HUNT FOR YIELD
“The Blackstone deal will re-rate industrial yields to around 4%,” said Harrington. Despite this compression he said they compared well to equivalent yields in Europe, with Germany offering 3.5%, Netherlands, 3.7%, and the UK and Hong Kong, 3.8%.
Harrington said that Charter Hall had executed A$6.2 billion of deals in the six months to December, including A$4.9 billion of acquisitions and A$1.3 billion of sales.
Acquisitions included A$1.5 billion to industrial and A$1.9 billion to long-lease retails. 54% of the firm’s main industrial fund is exposure to food and beverage logistics, including operating facilities for brands such as Coke and Australia’s three largest grocers, Coles, Woolworths and Aldi.
Rieck’s willingness to sell assets contrasts with a reluctance to sell Australian retail assets, where the value of holdings had typically fallen between 15% and 25%.
“As much as those returns don’t excite me, it’s likely that we have now seen the worst for retail assets,” he said, adding that he continues to favour diversified portfolios with anchor tenants committed to long duration leases.
OFFICE SECTOR DEMAND
Harrington said that investor demand remained high for the office sector, especially high-quality new buildings in the CBDs and major suburban markets, where 60% to 70% of Australian workers had returned to the office.
“A lot of global capital is circling Australian office buildings at the moment,” he said. According to JLL, cash-on-cash yields in Melbourne (6.2%) and Sydney (5.9%) are higher than any other Asian office market.
Harrington said that lower interest rates were at the heart of the Australian real estate sector’s appeal, pointing to previous cycles.
“In 2008, there was virtually no spread between office yield and ten-year Australian government bond yields; for industrial assets the spread was roughly 1%.”
According to JLL yields for logistics assets were 2.7% higher than the cost of debt in Sydney, more than Shanghai, Hong Kong or Seoul. For offices they are 2.9%, higher than in Singapore, Seoul, Hong Kong, Tokyo and Shanghai.
“Office and logistics capital values will be relatively resilient as investor interest seems unabated,” Tim Graham, head of capital strategies for Asia Pacific in Singapore for JLL, told AsianInvestor.
0 0 0
Top news, insights and analysis every weekday
Sign up for
ASIANINVESTOR BULLETINS
Partner Content
Natixis Investment Managers

AustralianSuper, Aware Super and Cbus continue to be optimistic about equity returns after posting their best performance in decades, even as half of Australia goes under lockdown.
Asset Owners
Hugo Cox

Fund managers from the country are eager to source targets for their local clients, but difficulty in sourcing deals is forcing them to look further afield, say advisers.
Asset Owners
Shusi He