Private equity investors are sitting up and taking note - China’s central government has sent out strong signals that its regulatory crackdown and its pursuit of common prosperity are not passing fads and the changes it makes to the market are here to stay.

One sure sign that the financial landscape is changing is that project proposals - which used to contain a mere page or chapter on risk analysis - now include entire separate documents devoted to risk assessments.

These are being constantly updated by general partners (GPs) to keep limited partners (LPs) informed on the risks of doing business in the China market, according to industry sources.

These documents, seen by AsianInvestor, are well organised by sectors, summarising the latest industry movements and policy changes.

“It is now becoming increasingly clear that China’s long-term development strategy, in particular the emphasis of social equity and people’s wellbeing, is far more than just a slogan but will be effectively implemented in society,” said Xiaoxi Lin, partner at law firm Linklaters. 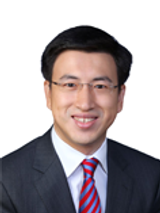 “We expect, and would also suggest, that investors monitor policy and regulatory trends and changes closer than ever and try to understand the rationale and the relevance to China’s long-term development strategy,” Lin said.

After Ant Group’s $37 billion initial public offering was called off in November last year, China’s regulators started what has been a year-long crackdown on companies in overheated sectors such as the internet, technology, and private education sectors, among others.

The crackdown has resulted in the suspension of IPOs in the US, cut  fair value by more than half, and even caused the closure of their businesses in some circumstances.

This has been especially so in the private education sector - once a favoured target of LPs - and who are now forbidden from investing in the market.

Not only have investor suffered losses, but the move has sent ripples of fear through some LPs which have now called off projects altogether, an analyst from a mainland-based mid-cap private equity firm told AsainInvestor.

“Regulatory risks are always prominent in China. But impacts were never as strong, sustained, and fatal as this time - people were caught a bit off-guard by these sudden changes,” she said. “So everyone in the industry is taking it more seriously than ever.

“Generally, it's only those foreign asset owners with offices in the mainland, such as GIC, or those physically closer to the market, such as Korea and Southeast Asia, that feel more comfortable investing in China’s private sector," she noted.

"After the crackdown, people are realizing that they really need to thoroughly understand the market and policies, do comprehensive on-site due diligence, and be fully aware of potential risks, before they put any money in the market,” she noted.

LPs from North America, in particular, have been the most sensitised to the regulatory crackdown since US IPOs have been the target of China watchdogs especially in the context of the trade war. However, for some investors there are signs of hope.

“Things are getting better after the dust settled down. After all, in the long run, there's great growth potential in the China market. Investors just need to be extra prudent, and to be selective of sectors they need to avoid - those with tightened or the potential for tighter regulations," said the analyst.

“The China market is one of the most fascinating markets in the world. I still have a strong interest in that area (private equity),” said Jang Dong-hun, chief investment officer of Korea’s Public Officials Benefit Association (Poba).

Poba has limited internal capacity or the resources to focus on China, and remains attached to Europe and North America, which both have a strong and long-proven track records. Poba, as of the end of June, had $15.2 billion of assets under management, with about 58% in the private market.

“Generally, for Korean public pensions, it’s not just about keeping the higher return itself…We need to find out some kind of downside protection, and evaluate how much we are really willing to take from a certain kind of investment,” Jang stressed.

“As time goes by, we need to diversify our portfolio into emerging markets, including China. So I think Poba will consider investing in those uncharted markets, such as China. But it will take some time. As long as there is a growth opportunity, Poba will be looking at it,” he told AsianInvestor. As Poba mostly makes indirect investments, its strategy for the $9 billion alternative portfolio, including private equity, is to maintain communication with GPs, allowing them to make their own investments as they see fit in their specialised areas.

“If there’s a new trend or new technology, Poba is quite flexible in enabling competent external general GPs to fully utilize their experience and capacity,” he said.

ESG is also an important consideration for Poba, and investments have to be in line with their internal guidelines, Jang said.

The recent crackdown in China is likely to lead to fairer competition and a healthier market, as anti-trust regulations and new laws on cybersecurity and data protection start to have an impact, said John Xu, partner at Linklaters.

“Chinese companies and other market participants will be urged to adjust their practices and internal policies to comply with the stricter rules. Over the long term, the time and effort spent on compliance will potentially also be reflected in better corporate governance of the market participants,” Xu said.

A Global SWF report reveals how SOIs are tailoring their portfolios around Covid-19 to find alpha in venture capital and real estate.
Alternatives
Shusi He

This is the second of two stories taking a close look at China’s private equity market and the sectors that are still of investment interest for foreign capital, in the aftermath of regulatory crackdowns.
Asset Owners
Sara Velezmoro

The family office of Alibaba's co-founder likes to do its own hands-on due diligence and favours deals that can make a difference, rather than investments for the sake of ESG.
Alternatives
Adrian Murdoch

Sustainable investments have outperformed traditional ones in Asia by 3%-4% during the Covid-19 pandemic and private credit investors are targeting them in their strategies.
Asset Owners
Natalie Koh