By the time the world emerges from the coronavirus pandemic into something resembling ‘normality’ populations from Brazil to Brunei or Canada to the Czech Republic will have been left indelibly marked.

Many people will return to flying regularly and meeting frequently for drinks, deals or conferences. But being forced to re-assess almost every facet of normal life over such a prolonged period has provided new perspectives – and challenged long-held assumptions of what is essential.

That extends to the investment business too. Precious few would argue that a video call beats meeting a prospective portfolio manager or an investee company’s leadership team in person. They might, however, reconsider whether spending several days on a business trip is necessary when some clients are happy to be more frequently updated by phone or video call.

Such “high-touch” interaction proved essential during 2020 for private equity investors, as it became clear that restrictions could extend for months, with potentially catastrophic consequences for businesses. Asset owner clients needed assurances from their general partners on the health of both the employees and balance sheets of their portfolio companies. 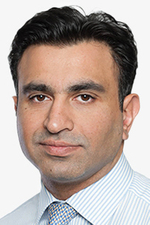 Yet, pre-Covid, some clients either refused to countenance doing a video call or did not even have the technology set-up to facilitate one, said Jahangir Aka, London-based head of official institutions at US asset manager Neuberger Berman.

That’s unthinkable now, he added. “Everyone now has video functionality everywhere they go. It’s harder for a client to say they don’t have it available.”

The pandemic-driven acceleration of technology adoption – and its effect on how asset owners invest and what they invest in – has been well documented. But the virus has affected asset owners’ thinking and strategies in many other areas too, especially around their perspective on investing in Asia and whether partnering with peers makes sense to pursue that goal.

Just a few years ago there were many questions about the wisdom of pouring capital into Asia – and particularly China – especially when the latter’s stock market suffered crashes in both 2015 and 2018.

In more recent years investors were spooked by the prospect of sustained global trade tensions as then former US president Donald Trump had begun imposing tariffs on Chinese goods – concerns that were borne out in the years that followed. Could threats of reshoring manufacturing to the US come to pass and derail the world’s biggest growth engine?

Such issues were adding to long-standing concerns about Chinese debt levels and the sustainability of its hitherto rapid economic expansion.

Even some of the largest, most active investors into Asia paused for thought amid the turbulence. However, most stressed that this was a temporary blip. And indeed many – Abu Dhabi Investment Authority (Adia), Dutch pension fund manager APG and Canada Pension Plan Investment Board, to name a few – continued to commit resources to the region. Then in February 2020 Covid-19 hit and threw the world into a whole new level of turmoil. Serious questions were asked once more, given that the virus seemingly originated in China and Beijing was initially most concerned with trying to cover up the outbreak.

“Because of Covid, a lot of the tension between the US and China has been exacerbated,” said Sandra Kaul, New York-based global head of business advisory services at Citi, speaking at the launch of the Official Monetary and Financial Institutions Forum’s Global Public Pensions 2020 report in November. “We have probably moved years forward in terms of the degree of hostility that’s starting to emerge between the US and China.”

Yet despite this grim beginning, the Asian region has largely dealt with the virus far more effectively than the West. As a result, its economies are projected to rebound quicker and more strongly.

Accordingly, the stage is set for asset owners to accelerate their long-term regional strategies. The likes of APG, CPPIB and Ontario Teachers’ Pension Plan (OTPP) are all looking to fill gaps in their Asia capabilities. It appears to be a question of not if, but how fast they add to their resources and allocations.

OTPP, for example, set up its second Asian office in September – in Singapore – and plans to add at least 50% to its regional headcount of 30 in 2021. APG added 20% to its staff numbers this year, bringing them up to 50 across Hong Kong and mainland China, and more are to come.

Sovereign wealth fund money is also expected to pour into the region. The average SWF’s Asia ex-Japan allocation is typically 8% to 9% of its portfolio, said the global head of sales at a US asset manager. He sees that proportion at least doubling in the next decade.

“In fact, I think [SWFs] will look to double their allocation to Asia in five years or even three, if they can find active equity managers with capacity,” he told AsianInvestor. “The problem is that there aren’t enough of those managers.”

Tensions between China and the US are likely to linger post-Trump, but institutional investors are increasingly tuning out this political noise in their hunt for returns and diversification, taking the view that China and Asia as whole are too important to ignore and worth any risks they may pose.

A big question is how best to access those assets in Asia.

One thing the pandemic has starkly demonstrated is the benefit to investors of having local staff in place in different countries – be they in-house teams or trusted external partners.

An on-the-ground presence makes it possible to source or execute deals that might not otherwise have been possible with travel restrictions in place. “Even more than that,” said Anita George, India-based deputy head of CDPQ Global, the international division of Canadian pension fund Caisse de depot et placement du Quebec. “It’s the local knowledge, the understanding on the ground, the relationships, the ability to predict what is going to happen, especially in uncertain times.”

While opening a new office – like OTPP did in Singapore in September – might be the most direct way to build a local presence, forming an alliance is certainly cheaper, and necessary, even for large funds with substantial resources.

“We can’t go out and set up 50 offices around the world to make sure we get all the right deals. So, we do have to rely on partnerships,” said Stefan Dunatov, head of investment strategy and risk at British Columbia Investment Management Corporation, a C$170 billion ($133.28 billion) Canadian public fund. Like Kaul, he was also speaking at the launch of Omfif’s Global Public Pensions Report in November.

Certainly 2020 has seen some very interesting – and pioneering – alliances.

Perhaps the most eye-catching was that of Korea's National Pension Service tying up with APG to invest in mega real asset deals.

APG and NPS have done deals together before with each other and indeed other asset owners, but this is the first time either organisation had formalised an alliance with another international pension fund.

NPS is clearly very keen to ramp up its investment into international property and infrastructure and sees cross-border partnerships as effective. It inked a $1.5 billion equity joint venture in December with US-based real estate manager Hines and a tie-up with Singapore’s Keppel Capital in September for private infrastructure investments in Asia.

Asset owners forming international consortia to do one-off deals is increasingly typical, but it is less common for them to set up longer-term partnerships. 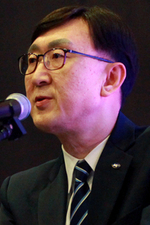 She said CDPQ also wanted to do more partnerships along the lines of what it has with logistics group Dubai Ports World, whereby the two invest internationally together in the port sector.

Forming such alliances is no simple task, though, as they involve building mutual trust, as Ronald Wuijster, chairman of APG Asset Management, and Ahn Hyo-Joon, NPS’s chief executive, attest.

The time and effort involved can be something of a deterrent but is generally seen as worthwhile.

Denmark’s pension fund for academics is explicitly open to creating partnerships across all parts of the business, including investment, chief investment officer Anders Schelde told AsianInvestor.

“We haven’t done so much so far, because it’s time-consuming to start something like that,” he added. “But it’s something we’re looking at.”

Indeed, Schelde expects to see more investment tie-ups between asset owners. “We haven’t seen much in the way of more formal co-operation yet,” he added. “But I think a lot of people are thinking about the potential benefits of doing that and are open to it.”

This article was adapted from a feature on Covid-19's impact on the investment landscape in Asia and lessons learned from it, which originally appeared in the Winter 2020/21 edition of AsianInvestor magazine.