Singaporean sovereign wealth fund GIC Pte does not view the Evergrande crisis as posing a systemic risk to China’s financial landscape despite uncertainty caused by the collapse of the property giant and China's wide-ranging clampdown on industries ranging from tech to online education. Lim Chow Kiat, chief executive officer at GIC said that there had been warning signs before the potential collapse of Evergrande took centre stage.

“For a number of years, China has talked about the need to rein in financial excesses, financial leverage on top of eliminating poverty and environmental pollution," Lim told the Bloomberg Invest virtual conference on Tuesday.

"These are the three sort of big evils that they had to tackle,” he said.
Lim said that GIC believed the central government had “significant control over the situation”, pointing to China’s balance sheet and its regulatory power.

“There will be some pain, you know, inflicted on certain segments of the value chain, but we don't expect it to turn out to be a big systemic problem."

GIC manages more than $450 billion in assets for the Singapore Government. Around a quarter of those assets are in invested in Asia — excluding Japan — the bulk of which is allocated to China.

Lim said that GIC may still selectively buy Chinese bonds, as “in any market, especially these days, you cannot approach it on a top-down broad basis”.

When asked if GIC will be maintaining the same level of exposure in China, Lim said that the sovereign wealth fund is now examining possible portfolio revisions which could result in some changes to the composition of its exposure, favouring those sectors that “may enjoy the tailwind and limiting those which may be no longer in line with the government policies".

The Soros Fund Management, meanwhile, will not be investing any more capital into China in the foreseeable future according to Dawn Fitzpatrick, the firm's chief investment officer during a separate segment of the Bloomberg Invest virtual conference. 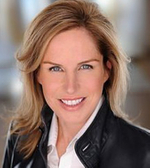 "We are not putting money into China right now," she said, adding that investors needed to be cautious about investing cash into US-China listings.

Fitzpatrick said she believed Western investors had been caught off guard by  China’s broad regulatory clampdowns as well as, the “economic damage” that the government was willing to tolerate in its plan.

"Every Chinese company is viewed to be a state-owned enterprise to one degree or another," Fitzpatrick said. "The other thing I think — from an investment perspective — that's really interesting, and it's gotten a lot of attention from Chairman Gensler and others, is shell company structure of Chinese companies that are listed here.”

She further predicted that many of the Chinese companies currently trading in the US would likely have to delist and move to Hong Kong.

"For 20 years, Chinese tech companies having Western capital and a Western vested interest in their success has very much suited China's goals," she said. "They don't need that anymore, so they can take their US$700 billion and take it back onshore into Hong Kong - and I think that's what they're going to do."