The spread of Covid-19 and low vaccination rates will continue to be a challenge in Southeast Asia, but sectors such as consumer staples and financials offer opportunities for investors, experts from Eastspring Investments said.

Companies that are able to adapt to digitalisation are of particular interest to the firm, which functions as the asset management business of Prudential PLC and is understood to manage some of the insurer's assets. “Companies need to be more agile, and more able to make the product offerings far shorter, because the product cycles are getting shorter,” Ari Pitoyo, head of Eastspring Investments for Indonesia, said in a webinar on Wednesday (July 28).

“From the concept, the manufacturing, and sending the right messages through the right channels – these are important. So for us, in terms of investing, we look at the companies that will be able to adapt to this faster process,” he added.

“The young consumer and higher-income consumer tend to shop more and they tend to use modern trade rather than traditional trade. And we see strong growth in modern trade in Vietnam,” she said. “Covid-19 has also accelerated the trend of online shopping. So the potential growth for modern trade in consumer staples is strong in Vietnam,” she added.

During the event, 45% of attendees voted consumer staples as the sector that offers the most opportunities over the next six months. Financials came next, with 34% believing it showed the most promise.

However, he warns that Covid-19, particularly the Delta variant is causing a dent in consumer spending and wiping out wealth in Asean countries.

“That’s led to a short-term lack of pricing power by the consumer staples companies, FMCG (fast-moving consumer goods) companies, and we're already seeing trading down among the consumers across the region,” he said.

But he believes this phenomenon will be short-lived.

“We've always seen emerging markets, consumers trading up and the pricing power for very strong companies. But this is a trend - it's a challenge that we need to be aware of in the near term,” he said. 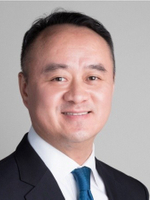 Southeast Asia has been going through a resurgence in Covid cases, with Malaysia and Thailand recording more than 10,000 cases and Indonesia reporting 45,000 cases on Tuesday (July 27), according to the Centre for Strategic and International Studies.

Vietnam, Myanmar and the Philippines recorded more than 4000 cases, Cambodia 685 and Singapore and Laos more than 100 cases.

“In Vietnam, the economic growth is still challenging in the short-term, but the longer term is very positive. Now, Vietnam is still in a growth cycle supported by strong fundamentals by the potential domestic consumer market and continuing growth in manufacturing sectors,” Quan said.

“However, with effective policies and response by the government, we think Vietnam growth is still within moderate levels this year, because the government is trying to complete vaccinations for about 60-70% of the population by this year or early next year,” she said.

On the financials front, Covid and digitalisation will have an impact on the sector, but there are opportunities in markets such as the Philippines, which has a large unbanked population, Pitoyo said.

The Philippines had 5.2 million or 71% of its population without a bank account in 2019, according to the country's central bank.

“In Singapore, within financials not only is digitalisation [important], but also the massive flow of wealth and assets into Singapore [because of] encouragement from the private banking industry and regulatory policy from the government to attract, for example, hedge funds and private equity funds to come and set up here. That's had a huge impact on the economy here as well,” Tsai said.

Asset under management in Singapore rose 17% to $3.5 trillion and the city-state's financial and fintech sectors are expected to create 6,500 jobs in 2021, particularly in technology, wealth management, corporate banking, and insurance, the Monetary Authority of Singapore said in June.

However, there are challenges to look out for, particularly from Covid.

“The impact on financial distress of the population is quite big. So we're likely going to see a rise in NPLs (non-performing loans) and bad debts later on, because a lot of these loans are now kind of getting pushed back and the defaults are not being recognised,” Tsai said.

“Now, but eventually when they do show up, it's going to hurt credit costs or if not in the form of NPLs, it’s going to show in the form of lower margins. So that's one thing to be aware of.”