BNY Mellon Investment Management has split the role of Asia ex-Japan head of intermediary distribution in a reshuffle following the departure of Nicolas Kopitsis from the post at the end of February.

The $2.2 trillion multi-affiliate fund house has hired Dominic Wong – a veteran of intermediary and retail sales in Asia – to head its Greater China intermediary business. It is also looking to recruit a head of intermediaries for Southeast Asia, a spokeswoman told AsianInvestor. 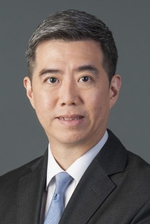 Separately, BNY Mellon IM has added Sabrina Yu to its new operation in Taiwan as business development senior associate covering institutional clients. The firm announced in September that it had received a securities investment consulting enterprise licence and set up an office in Taipei.

Yu will now focus on building relationships with Taiwan institutions, working closely with Rebecca Chu, head of Taiwan. Yu had been associate director for institutional sales at Aberdeen Standard Investments until September, according to her LinkedIn page

Both Wong and Yu started in their new positions this week, on March 8.

Asked why BNY Mellon was splitting Kopitsis's former role, the spokeswoman said the firm felt it was an important in order to cover properly the large and diverse intermediaries market in Asia comprising private banks, retail banks and family offices.

“This change will enable our leaders really to focus on their key markets while delivering better outcomes for clients,” she added. 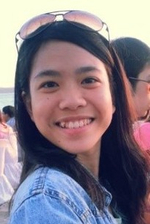 An Asia-based recruiter agreed the move made sense, especially in respect of retail and investment-linked product business.

Wong is responsible for developing and driving the intermediary business strategy in China, Hong Kong and Taiwan, including leading the efforts with Asia’s private banks and global financial institutions in the region.

Wong had spent two stints over some 15 years at rival asset manager Fidelity, most recently as Northeast Asia head of intermediaries. He left around mid-2019 and is understood to have since been taking a break. He has also worked for firms including BlackRock and HSBC Asset Management.

Kopitsis had spent some five years in Asia and before that two-and-a-half years in Switzerland with BNY Mellon IM. He had also held the role of Singapore country head at the time of his departure, according to his LinkedIn page. It is not clear who will take on the latter role now, as the firm could not clarify late in the Asia day yesterday.