A year after China fully opened its massive mutual fund industry to direct foreign manager participation, many international players are still taking a “wait and see” attitude towards the $3.34 trillion market.

Their caution is simple: many difficulties lie ahead, and there are few ways to easily resolve them.

Chinese regulators now allow foreign managers that hold a private fund management (PFM) licence to convert their businesses into a public fund management company (FMC), or just simply apply for a new FMC licence. While an FMC licence enables the managers to run mutual funds that target all retail investors, the PFM licence only lets them sell to high net worth individuals and institutional investors.

So far six of global players including BlackRock, Fidelity International, Neuberger Berman, Schroders, VanEck and AllianceBernstein Hong Kong have applied FMC licence in China. And some, such as JP Morgan and Morgan Stanley, have chosen to go further, and buy out their domestic joint-venture partners. But many more have not. There are more than 40 foreign-local asset managers which have yet to see any acquisition bids from foreign partners.

Jason Hsu, chairman, and CIO at Rayliant Global Advisors in the US, said foreigners still encounter many obstacles when looking to at China’s local fund market, despite Beijing’s efforts to ease the path to entry. He believes that the mutual market will remain domestically dominated for a long time to come.

One of the key challenges is a lack of understanding about how funds are marketed and sold in China.

"What people (foreigners) now realise is the difficulty with coming into China, you can blame policy delays (for failure to grow the business) but really you only have yourself to blame if you don’t understand the taste of the local consumer," he told AsianInvestor.

“Foreign asset managers are used to dealing mostly with institutional investors and professional platforms that are very experienced at catering to experienced families. That [market structure] … doesn’t exist in China. So, for global managers trying to build business in China it’s been a rude awakening." The PFM licence enables foreign firms to launch onshore funds only to the mainland’s qualified investor base, which includes financial institutions and high net worth individuals. In February, China’s private funds market consisted of approximately Rmb15.9 trillion ($2.44 trillion) in assets, invested into more than 94,000 products from 25,000 asset managers, according to AMAC data. Foreign players have represent only around 30 of these firms, selling 150 products.

While large, the private funds possess less assets than those invested into China’s retail investor market. Its combined assets under management stood at Rmb21.78 trillion in the same month, invested into over 8,000 products from 147 fund houses. 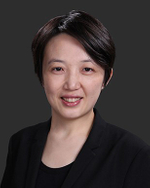 The relative lack of foreign fund house impact in China is partly down to the fact they have not had much time to penetrate a market that used to be entirely covered by local managers. While the doorway for them to enter has now been opened they are conscious of their distribution and branding disadvantages.

Melody Yang, a partner at Simmons & Simmons told AsianInvestor that foreign players are largely in the “wait and see” stage for mutual fund applications.

“Mutual funds licenses have a higher entry [and requirement] level than private ones, such as a minimum capital size. Also, given the difference between China and foreign countries’ policies on anti-money laundering and other issues, foreign players still need time to adapt to local regulations [in addition to] aligning with their in-house compliance and legal requirements,” she said.

Given these challenges, there is no need for every foreign fund house to rush in immediately, even if they are able to do so, according to a Z-Ben Advisors report. It noted that early movers are likely to experience an array of setbacks and challenges.

The research firm added that it is still not easy for international asset managers to enter China’s mutual fund market. For instance, it takes a lot of time to gain the necessary permissions to acquire domestic joint ventures – arguably not too dissimilar to the time it takes a foreign player to set up a greenfield operation.

In addition, China's market regulator seems to be content to follow the same opening rules without planning any further rules easing or incentives for foreign players.

As a result, it is likely that relatively few foreign firms will look to rapidly expand their operations into China, via acquisition or rapid organic growth. Shelley Liu, country head of China at asset manager Barings, told AsianInvestor the US-headquartered firm is favouring a “step by step” form of progression into China, instead of seeking to rapidly expand into several businesses such as mutual funds, wealth management and joint ventures.

“Compared with mutual funds business in China, the private funds business has a longer track record for foreign players, and we would like to observe how the regulator, rivals and market react to mutual fund business before making further [licence] applications,” she said, adding that Barings has no immediate plans to seek such licences.

It is not the only one. Most foreign fund managers look set to wait on the sidelines as China's mutual fund market slowly opens. They would rather be late to the party than make expensive early mistakes.

Richard Newell contributed to this article

Rising interest rates and access to alternatives such as digital assets are driving the trend, as China’s wealthy show the most interest in ESG.
Fund Managers
Richard Newell

Online sales of funds in China are disrupting the dominance of commercial bank distribution but the latest tie-up between two giant firms has limited scope, say some analysts.
Fund Managers
Joe Marsh

The two investors' new JV underlines Temasek's commitment to carbon neutrality, but other sovereign wealth funds are unlikely to follow with their own venture capital investments.
Fund Managers
Joe Marsh

Passive fund houses are likely to wait for direct access to China’s mutual fund market, but this entails risks, says a report to be released today by Standard Chartered and Z-Ben Advisors.
Asset Owners
Twinkle Zhou