Benjamin Deng has stepped down from China Pacific Insurance Co (CPIC) as CIO, effective September 28, according to a company announcement. The firm said that the resignation was due to personal family reasons and that a replacement has not been appointed yet.

Before joining CPIC, Deng spent 18 years with AIG in New York and later AIA in Hong Kong. His previous position at AIA Group was head of group investment solutions and derivatives.

CPIC was established in May 1991. Headquartered in Shanghai, the group is the first insurance group simultaneously listed on the Shanghai, Hong Kong and London stock exchanges. Korea Teachers’ Pension has extended the term of its chief investment officer (CIO) Lee Kyu-hong by another year till the end of September 2022, as Lee’s two-year term is slated to end on Thursday, the pension fund announced on Monday.

Chief executive Ju Myung-hyun said in the announcement on Monday that he expects Teachers Pension to generate stable returns this year, and hopes Lee will promote ESG and socially responsible investments.

Prior to Teachers' Pension, Lee was the Korea CEO of Singapore-based asset manager Ascendas-Singbridge until December 2018. He was also CIO of NH-Amundi Asset Management and Eastspring Investment in Korea between 2004 and early 2018. A spokesperson said the role is new but declined to share further details.

Mokhtar was most recently chief people officer at state electricity company Tenaga Nasional and prior to that vice president of human resources at MISC Group from 2009 until 2020. He also worked at Shell Group for 17 years across several human resources roles.

Morgan Stanley's Asia Pacific co-chief executive Wei Sun Christianson will retire from the bank after nearly two decades at the end of 2021.

Christianson is regarded as one of the most influential female veterans in the global financial markets and played a pivotal role in Morgan Stanley’s business development in China.

Through Christianson’s leadership, Morgan Stanley has expanded its onshore footprint in China to include domestic securities and bonds underwriting, commercial banking, asset management, trust services, and yuan-denominated private equity investing, the bank said on its website.

After joining Morgan Stanley’s investment banking division in Hong Kong in 1998, Christianson left the bank in 2002 to take senior posts at Credit Suisse AG and Citigroup Inc. She rejoined Morgan Stanley as its China CEO in 2006.

Gokul Laroia, the regional co-CEO with Christianson since 2014, will become the sole CEO for Asia Pacific, not including Japan. Laroia, who has been with Morgan Stanley since 1995, is also the co-head of global equities.

He has held senior roles at Morgan Stanley across investment banking coverage, M&A, capital markets and sales and trading.

Christianson will remain as an advisory director for Morgan Stanley once she steps down, advising the bank and its clients on China. Kathleen Gallagher has been appointed head of SPDR ETFs Australia, in addition to her current role as head of ETF Model Portfolios Asia Pacific and Emea. Relocating from the UK to Sydney, Gallagher began her expanded role earlier this month. In her new role, Gallagher will lead the SPDR ETFs business in Australia as well as the ETF Model Portfolio business in Asia Pacific and Emea across all channels, including asset owners, asset managers and financial intermediaries.

Her new responsibilities were previously covered by Meaghan Victor, who was then promoted as head of SPDR ETFs Asia Pacific distribution in early 2020, a State Street spokesperson told AsianInvestor.

Meanwhile, Robin Tsui has expanded his role to gold sales specialist for Hong Kong, where he is based, in addition to his current role as Asia Pacific gold strategist. In his new role, Tsui will lead the sales strategies for SPDR Gold ETFs in Hong Kong, in addition to his gold strategist role which focuses on gold investment strategy and research.

Moreover, Marie Tsang has joined as an SPDR fixed income strategist for Asia Pacific. Tsang’s based in Sydney and will be responsible for fixed income ETFs. She joined from BlackRock, where she was most recently the senior investment strategist for portfolio analysis and solutions.

Meanwhile, Jean Gan has joined as a SPDR fixed income sales specialist for Singapore, Hong Kong and Australia. She’s based in Singapore and will be responsible for developing strategies to drive sales of the global fixed income SPDR ETFs, focusing on institutional asset owners and managers in Singapore, Hong Kong and Australia. Gan joined from MUFG Securities, where she was most recently the director for institutional investor sales.

Tsui’s gold sales specialist role and the two fixed income appointments are all newly created. They are effective on Wednesday.

All four newly appointed report to Meaghan Victor, head of SPDR ETFs Asia Pacific Distribution at State Street Global Advisors, who is based in Sydney. Based in Hong Kong, her new role effective from September 22, Li will work alongside the existing lead portfolio manager Jing Ning, who has overseen the fund since joining from BlackRock in 2013.

Li joined Fidelity as an analyst covering the utilities sectors across China in 2019, and will also maintain her previous role as portfolio manager for a separate Fidelity China fund after the promotion. 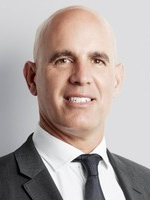 Robert Hattersley has joined AMP Capital as chief investment officer for the firm’s real estate division. He starts with the firm early next year and will report to Kylie O’Connor, who was promoted to real estate head last August.

Hattersley, who is based in Sydney, was most recently group chief investment officer at Lendlease, where he was employed for 21 years. Before that, he worked at Australian property group Mirvac, where he held senior roles.

At AMP Capital, Hattersley will work closely with the origination team to raise capital for new products, as well as be responsible for raising capital for existing real estate funds and mandates, the firm said in a statement.

A spokesperson told AsianInvestor that the position is newly created and that AMP Capital Real Estate has more than A$23.7 billion ($17 billion) funds under management. 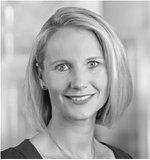 Värde Partners has promoted Shannon Gallagher and Mona Girotra to global co-heads for its business and development and investor relations group, reporting to the firm’s president, Jon Fox.

Gallagher, who is based in London, joined Värde in 2018 and has most recently been responsible for leading business development in Europe, the Middle East, and Asia Pacific. Prior to joining Värde, she was head of EMEA Client Development at Magnetar Capital. 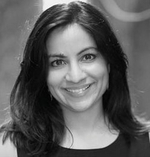 Girotra joined Värde’s New York office in 2018 where she led the team’s product specialist and consultant relations functions. Prior to joining Värde, she was a managing director in business development and investor relations at Highbridge Capital Management.

Värde Partners is a global alternative investment firm with roots in credit and distressed assets. The firm has invested $80 billion since inception and manages $15 billion on behalf of a global investor base. The firm’s investments span corporate and traded credit, real estate and mortgages, private equity and direct lending. He reports to Scott Kleinman and Jim Zelter, co-presidents of Apollo. Michelini retains his role as global co-head of Apollo Hybrid Value, the firm’s combined private equity and credit solution.

Former head of Asia Pacific Steve Martinez will in turn assume the expanded role of vice chair of Asia Pacific, while maintaining his role as a senior partner within private equity.

According to the announcement, Michelini will initially be based in Hong Kong. A spokesperson confirmed he will be relocating from New York in the next few months but declined to comment whether “initially” implied he would later relocate somewhere else.

Prior to joining Apollo in 2006, Michelini was a financial analyst within the M&A group at Lazard Frères & Co.

In June, the firm also appointed Ian Bell a head of institutional client and product solutions for Asia Pacific, and Tetsuji Okamoto as its private equity lead in Japan.

Alvarium Investments, a global multi-family office, has appointed Peter Golovsky as its managing director, head of family office services for Asia Pacific, it announced on Wednesday.

Golovsky will help drive the continued inorganic and organic growth of Alvarium’s platform across Asia Pacific with a particular focus on developing the platform in both Singapore and Australia, together with providing more holistic family office services to Asian entrepreneurs, families and family offices. 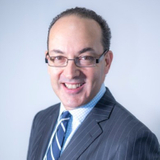 Golovsky reports to chief executive Alexander de Meyer, but may evolve given the announced merger with Tiedemann, Alvarium told AsianInvestor.

He started the newly created role on September 1. Because the role covers pan-Asia, Golovsky will spend half of time based in Asia (Hong Kong or Singapore), and the other half based in Australia, Alvarium told AsianInvestor.

Golovsky has over 25 years of experience in the financial services industry, including 10 years in Hong Kong leading family office and investment advisory businesses. Prior to Alvarium, he was managing director and head of private wealth and family office services for global investor services platform IQ-EQ. The firm could not be reached to comment on Golovsky’s replacement.