He replaces Sufian Abdullah, who left Kwest in January 2020 and joined UEM Sunrise in January 2021. A spokesperson for Kwap did not respond to queries on who will replace his previous position. 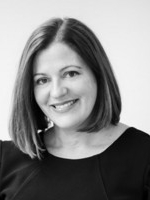 VFMC had about AU$64 billion ($46.7 billion) in total assets as of June 2020. According to its FY20 annual report, it managed money for 31 Victorian public authorities and related government organisations.

Over the last 18 years, Galvin has led businesses in global and Australian companies in advice, asset management, and private, corporate and business banking. According to the VMFC's official release, Galvin was picked to head the fund manager after an extensive search.

Galvin was most recently responsible for the NAB’s Health business, leading a national team of corporate and business bankers, in collaboration with the Medfin and HICAPs brands, providing banking and financial services to the health sector.

Galvin will replace Lisa Gray who served as VFMC’s chief executive for nearly six years. In April 2021, VFMC announced that Gray would be retiring from her executive career on September 30. In the interim, chief investment officer Russell Clarke will be acting CEO from October 1-10. MSIG Singapore, a subsidiary of Mitsui Sumitomo Insurance, named Mack Eng as its next CEO and director, replacing Craig Ellis who will be retiring on 1 January 2022.

Eng joined the firm in 2018 and is currently executive vice president of business development and digitisation. He previously held senior roles at insurers Royal & Sun Alliance, Allianz, ACE and Prudential.

Ellis was appointed CEO of MSIG Singapore in April 2019, having worked at Allianz, Old Mutual and Charles Monat Associates. He will return to his home country Australia upon retiring.

A spokesperson for MSIG said the firm had no information on his replacement as executive vice president.

Jennifer Faglioni has been promoted to the position of head of product in Darren Wickham’s group insurance leadership team at Zurich Life & Investments.

"This appointment is part of Zurich's investment in its group Insurance business and in market-leading capabilities,” a spokesperson told the Financial Standard.

Faglioni was most recently head of group claims with the company, a position she has held for a year. She has been with Zurich for a little over two years.

Before that she was with ANZ for a decade, and at MLC Australia for five years.

She will report to Wickham, who joined as head of group insurance from insurer TAL, in December. Kim’s official title is head of Asia and he will oversee Monroe Capital’s institutional business in the region, the company said in a statement on September 14.

Monroe did not reply to emailed questions on the new office details.

A spokesperson from Aberdeen Standard Investments told AsianInvestor that Kim left the firm in June and a search for his replacement is still underway. First Sentier Investors and MUFG have appointed Velina Karadzhova to lead the recently-launched First Sentier MUFG Sustainable Investment Institute. Her first day was September 1. The institute was launched in May 2021.

London-based Karadzhova will be responsible for developing the institute’s research programme which will include macro-level research on sustainable investment topics, market trends and industry practices.

There are currently three on the academic advisory board (external) and seven on the steering committee for the Institute, she added.

Karadzhova was previously an ESG analyst and utilities sector lead at MSCI, where she was responsible for utilities sector and company research, ESG ratings, ESG methodology enhancements and developing new products. MSCI did not respond to emailed questions on her replacement.

Daniel Shrimski, currently Vanguard’s chief financial officer based in the US, has been appointed managing director of the firm’s Australian arm.

The current managing director Frank Kolimago will take up a new role within the company as global head of talent management based in the US.

Both roles will be made effective in a few weeks, Vanguard Australia said in a statement. A spokesperson declined to provide a specific date.

Shrimski, who will be relocating to Melbourne for the role, has been with Vanguard since 2011, first as chief financial officer (CFO) for Vanguard Australia, then the divisional CFO for the US retail investor group, a role he took up in 2017. He was promoted to become CFO and part of the leadership team for the group’s international business last year.

Before that, he spent 11 years at GE across Australia, US and the Netherlands.

Kolimago has been MD for Vanguard Australia since 2018, and joined Vanguard 25 years ago. He will relocate to the US to take up his new position.

Based in London, Caroline joined on September 6 and reports to Bryan Carter, head of global emerging market debt.

With over 20 years of experience, Caroline joins from EMSO Asset Management, where she held several roles. Most recently, she was senior portfolio manager and partner responsible for directing a team of analysts and leading emerging market corporate debt investments for the firm’s total return hedge funds. Vantage FX, a multi-asset trading platform for retail and professional traders, on Wednesday (Sept 15) announced the appointment of Eoh You Loong as regional strategy director as part of its continued expansion in the Asia Pacific.

In this newly created role, Eoh will craft strategic plans to bring in new clients and revenue, and offer proposals to existing stakeholders. He will work closely with the global marketing director to provide the region with the tools to execute better trades for both high-value and retail clients.

He is based in Singapore and reports to David Shayer, UK chief executive officer. He started in the role on September 1, the firm told AsainInvestor.

Eoh has 15 years of experience in sales for brokerage firms. He joins Vantage FX from CGS-CIMB Securities in Singapore, where he had been director of foreign exchange and derivatives for Asia Pacific since February this year. UK-based Crux Asset Management has hired Damian Taylor as deputy manager on two soon-to-be-launched Asia equity funds. A spokesperson for Crux said the firm had not yet set a start date for Taylor but this would likely be at the beginning of 2022.

The two new strategies are expected to be launched on October 1, 2021 and will be focused on Asia ex-Japan.

Taylor was most recently portfolio manager at Edinburg-headquartered investment manager Martin Currie, which he joined in 2013. He has also worked at Morgan Stanley and Goldman Sachs.