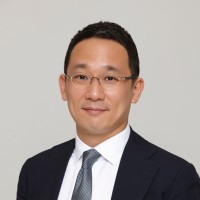 Kim Hyun-soo, or Scott Kim, has been appointed head of Asia at Allianz Real Estate from July 1. He will relocate from Seoul to Singapore for the role and report to Francois Trausch, global chief executive and chief investment officer (CIO).

Kim joins from the National Pension Service in Korea where he was global head of real estate until he left the position in November 2021. He was employed by the pension fund for eight years.

His role has been taken over by Oh Eun-Jeong, or Rachel Oh, who was previously head of real estate in the Americas at the NPS New York office.

At Allianz RE, Kim replaces Rushabh Desai who resigned from his role in March 2022. Desai will leave Allianz RE at the end of May 2022, a spokesperson said.

Kevin Wong is joining NZ Super as senior investment strategist within the fund's asset allocation team. He will relocate to Auckland for the role in June 2022.

Wong will report to Charles Hyde who is head of asset allocation. He replaces Chris Worthington who has moved to Melbourne to take up a newly created head of quantitative analysis and risk role with asset consulting firm Jana.

Wong is joining from Australian Retirement Trust, the recently merged entity by QSuper and Sunsuper. There, he will finish his position as the portfolio manager for dynamic asset allocation by the end of May. Australian Retirement Trust is not naming a replacement at this stage as the focus is on integrating the merger and aligning team responsibilities, a spokesperson said. 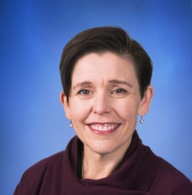 Based in Seoul in the newly created position, he reports to Kim Taeyub, the firm's founding partner. Prior to joining, he worked for almost seven years at the NPS where he was senior portfolio manager responsible for risk management for alternative investments. He has also worked in the alternative investment division at Hyundai Securities Co, which was merged into KB Investment & Securities in 2017.

Affirma, which has been focusing on buyout deals, will diversify investment strategies through the new affiliate called Affirma Capital Credit Solutions. Glen Lee has resigned from his position as head of intermediary sales at Eastspring Investments. He is currently serving his notice and will finish up at the investment arm of Prudential on July 4.

Lee has been with the firm since 2019, when he joined from UBS Asset Management, where he was the executive director and head of wholesale client coverage for Hong Kong and Southeast Asia. Before that, he was the head of distribution for southeast Asia and BNP Paribas Investment Partners, and had a stint at AIG Investments.

He will continue to be based in Singapore, but declined to say which firm he has joined. Eastspring declined to comment on his replacement but said that it “will be announced in due course”. 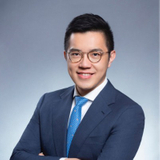 Value Partners Group on Monday (May 16) announced the appointment of Otto Choi as senior director of institutional business, effective on the same day.

The search for his replacement is underway, AGI told AsianInvestor. Fidelity International has appointed Ellie Tang to a newly created role as director of sustainable investing, based in Hong Kong, the firm announced on Wednesday (May 18).

Joining on May 3, Tang will work with Fidelity’s investment team and distribution partners to further integrate sustainability considerations into Fidelity’s real estate investments.

She will focus on sustainability within real estate, but also contribute to wider initiatives including proprietary sustainability ratings, supporting engagement and voting activities with investee companies and contributing to the development of Fidelity’s sustainability policies and product offerings more broadly, the firm told AsianInvestor.

Tang will report to Jenn-Hui Tan, global head of stewardship and sustainable investing at Fidelity International.

She joins Fidelity from New World Development where she was most recently head of sustainability. Ellie has previously held roles focused on sustainability for Link Asset Management and HSBC. JP Morgan Asset Management has boosted its sales and client services resources in Australia with new appointments announced on Monday (May 16), as it looks to further expand its presence in the country.

Carlile, with over 30 years’ experience in the financial services industry, has been with the firm for eight years, previously as head of strategic relationships, which is now expanded to his current role. 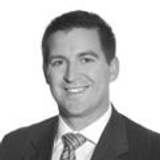 Additionally, the firm has appointed two new client advisors to join Carlile’s team, supporting the wholesale business expansion. Justin Sultana has joined from First Sentier Investors to focus on distribution in the Northern states. He is based in Sydney. Stephanie Harrison has joined from Vanguard Investments to focus on distribution in the Southern states. She is based in Melbourne. They started in May. William Blair Investment Management has appointed Yvonne Goh as business development manager for Asia, according to a company statement today. (May 20).

Based in Singapore and reporting to Tan Lih-Yann, CFA, head of Asian distribution, she will be responsible for helping the firm’s institutional and wholesale distribution across Asia.

Goh, who started in her new role on February 7 this year, joins from NN Investment Partners, where she was senior sales support and client services manager in the Institutional Business Development Asia (ex-Japan) team.

She previously worked at Barclays Investment Bank and DBS Asset Management (now known as Nikko Asset Management) as well as State Street Bank and AllianceBernstein (Singapore). In all, she has almost 20 years of asset management and client servicing experience in Asia and the Middle East covering institutional and wholesale business.