Together with co-head Julien Martin, Sonder will be responsible for leading and developing HKEX’s emerging business opportunities in data, ESG, carbon, and digital assets. In the newly expanded joint role, they will also have responsibility for overseeing and elevating HKEX’s fixed-income, currency, derivatives and post-trade services offering.

Sonder, who is currently chief financial officer of the largest Latin American stock exchange group, Brazil’s B3, will relocate from São Paulo to Hong Kong and join HKEX in May 2022. He will report to HKEX co-head of markets Glenda So and Wilfred Yiu.

Sonder joined B3 as CFO and investor relations officer in 2013. At B3, in addition to his role as CFO, Sonder was responsible for overseeing its corporate philanthropy efforts. Previously, he worked for seven years at Credit Suisse, where he was a managing director in their asset management division. BNP Paribas has promoted its head of sustainable capital markets, global markets for Asia Pacific Chaoni Huang, from executive director to managing director, according to her LinkedIn.

Huang has started the new role on March 1. She is still based in Hong Kong and reports to Liang Si, head of debt capital markets and syndicate, global markets, Asia Pacific, AsianInvestor has learnt.

Now as a managing director, Huang’s capacity will also be expanded, which is set to be finalised in the coming weeks, AsianInvestor learnt. They are both based in Singapore and report to Vivek Nath, head of South Asia and corporate risk and broking South Asia at WTW. Choo has started her country leader position on March 1, while Wang started his new role on January 1, the firm told AsianInvestor.

Choo will hold dual capacity, combining her new role with her current position as division leader for South Asia and emerging markets, insurance consulting and technology business. As country leader of Singapore, she will work closely with business leaders across WTW to strengthen the company’s position and bring services and solutions in the areas of people, risk and capital to support clients in the country. Choo joined WTW 13 years ago. Wang, who has been appointed to lead WTW’s CRB business in Singapore, has been with WTW for nearly two decades and was most recently Head of Asia Sales and Client Management in the CRB business.

The Securities and Futures Commission (SFC) has banned Leung Siu Lun, a former vice president of HSBC, from re-entering the industry for life following his convictions for bribery, the Hong Kong regulator announced on March 1.

The city’s West Kowloon Magistrates’ Court found that, between 2014 and 2016, Leung, who was responsible for handling commercial banking matters for HSBC’s corporate customers, had accepted several gifts and advantages from a business client. They were inducements or rewards for Leung’s handling of the credit facilities applications and/or the maintenance of the credit facilities of the two companies controlled by the business client.

Since August 2013, the two companies had received credit facilities totalling around $48 million from HSBC. The SFC considers that Leung is not a fit and proper person to be licensed or registered to carry on regulated activities because of his criminal convictions.

He was sentenced to nine months' imprisonment on 5 October 2018. Manulife Investment Management has promoted Hui-Jian Koh to chief executive officer for Singapore according to an official statement on March 7.

Based in Singapore, Hui-Jian now reports to Michael Dommermuth, head of wealth and asset management, Asia for Manulife IM. Regulatory approval has been obtained with respect to the CEO appointment.

Hui-Jian will also retain her role as Head of Retail Distribution and Partnerships, Southeast Asia.

She joined Manulife Investment Management in 2019 as head of retail distribution and partnership, Singapore. In her new capacity, Hui-Jian has executive responsibility for the development and execution of Manulife Singapore’s corporate strategy and will oversee the company’s overall wealth and asset management business in the Singapore market. MSIG Asia has appointed Clemens Philippi, currently its chief operating officer, as chief executive to succeed Alan Wilson, who retires on April 1, 2022, according to a statement.

Based in Singapore, Philippi, who joined the company in April 2021 and was appointed a director of MSIG Asia in May 2021, will sit on several of the Boards as a non-executive director in MSIG entities around Asia subject to completion of requisite regulatory and corporate approvals.

With over 20 years of experience in the insurance industry as a risk consultant, broker, and insurer, Philippi has worked in Luxembourg, London, and Tokyo before settling in Singapore in 2015 where he first led regional business development for Allianz Global Corporate and Specialty; and took up the CEO position in 2017 for ASEAN in Euler Hermes, a subsidiary of the Allianz Group.

In the last 11 months, Philippi, as Chief Operating Officer, has been leading the Business Development & Digitalisation, Technology Solutions, Risk Management & Actuarial Services, and Technical Services departments which contributed to the profitable and sustainable growth of MSIG in Asia.

Wilson said: “Clemens has a deep understanding and experience of our business, the industry, and the markets in which we operate. He is a strong, dynamic, and values-driven leader with an impressive track record of delivering consistent high-quality performance. On behalf of the company, and the Group, I warmly welcome Clemens to the role and wish him every success.” 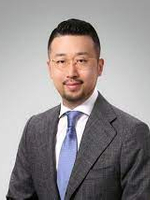 They are the two Asia-based executives among six senior personnel of the company who have been promoted in the recent exercise.

Choi is the first Korean partner of the UK investment firm. He has 18 years of experience in investing across property types and risk strategies with particular focus on managing development opportunities in Korea. He joined Actis Asia Real Estate team in 2018 following the acquisition of Standard Chartered Bank’s Principal Finance Real Estate group (PFRE).

He started his career as an analyst with KPMG FAS Korea where he conducted valuation and feasibility studies on various types of asset classes for three years. He then joined Mirae Asset Global Investments, the largest asset management company in Korea, where he was responsible for the acquisition, development, and disposition of commercial real estate for four years.

He has also worked for the Standard Chartered Principal Finance team in 2010 during which he made successful investments in and operated various real estate asset classes including office, logistics, hotel, and retail.

Since joining Actis, Choi and his team have been focusing on data center development and established a strong position as a leading investor in the Korean market. Based in Mumbai, he has over 20 years of experience across accounting, investment banking and investing in energy, infrastructure, and other sectors. Prior to joining Actis, he worked for more than a decade at Goldman Sachs, most recently as Executive Director in the GS Principal Investment Area (PIA) where he was responsible for investments across sectors with a specific focus on Energy, Infrastructure, TMT, and Healthcare.

Whilst at PIA, he was a key member of the team that led the investment in Renew Power, one of the largest Indian renewable companies.

Prior to joining PIA in 2011, he spent 7 years with GS’ Investment Banking Division in India, including 2 years in Bangalore, where he helped build GS’ investment banking business in the region. Sumit began his career in the assurance division at PricewaterhouseCoopers in India. The Chicago-based Northern Trust Asset Management — which had $1.3 trillion of assets under management as of December 2021 — has created the new quantitative strategies team to support the unique requirements of its investors in the Apac region.

In the new role, Bennet will divide his time between Hong Kong and Melbourne, Australia.

Bennett was previously head of quantitative research and client solutions for Australia and New Zealand. He joined Northern Trust in 2018 from Russell Investments, where he was director for equity strategy and research.