Global investment firm KKR has appointed Mukul Chawla as partner and head of growth equity in Asia Pacific. His appointment is effective from December 9 and he will be based in Asia, but will spend much of his time across KKR’s global offices, according to a release.

In the newly created position, Chawla will be responsible for leading and accelerating KKR’s regional investment strategy into emerging, high-growth companies across sectors.

Chawla has spent the last 11 years at Singapore state investor Temasek, where he was managing director, joint head of global telecom, media and technology, joint head of North America, and a member of its investment and management committees.

A spokesperson for Temasek declined to comment, beyond wishing Chawla well.

Additionally, KKR announced that Lucian Schonefelder, partner and head of technology investing at KKR Asia, is transitioning to the role of KKR adviser. Schonefelder has been with KKR since 2007 new role and will support the firm's next-generation technology investment strategy in Apac and advise KKR's portfolio companies. Su previously held several roles within the group, including head of investor relations, investment director for CPIC’s several projects, manager of derivatives investment, and chairman of Yangtze River Social Endowment Insurance, a unit of the firm.

Prior to joining CPIC, Su worked at Shenyin Wanguo Securities. The firm declined to comment on his reporting line and other details of the role as the appointment is still pending regulatory approval.

AsianInvestor revealed earlier this week that Deng will join Ping An to lead the insurer's investment strategy.

SPIRIT SUPER CEO TO STEP DOWN AFTER A DECADE Leeanne Turner, chief executive at the A$26 billion ($18.3 billion) Spirit Super, will step down in early 2022, after having led MTAA Super’s merger with Tasplan to form Spirit Super.

Turner has been at the helm of MTAA since 2011. The fund merged with Tasplan in April as the superannuation industry, pressured by regulators and performance tests, undergoes a consolidation as small and mid-sized funds combine resources to form super-sized funds.

Before taking up the top job at MTAA, she was deputy CEO for four years at the fund, and CEO at AvSuper before that. She has over 30 years’ experience in the superannuation industry.

QSuper’s chief of member experience Jason Murray has been appointed as Turner’s replacement. He joined QSuper, which is going through a merger of its own with Sunsuper, in 2017 and was previously with Lloyds Banking Group, Royal Bank of Scotland and Westpac. Hong Kong’s Securities and Futures Commission (SFC) announced that Thomas Atkinson, the executive director of enforcement, is leaving when his contract ends in May 2022.

Atkinson joined the SFC in May 2016 from the Ontario Securities Commission in Canada for a three-year term. His contract was renewed for another three years in 2019. The SFC will kick off a global search for his successor.

Under Atkinson, the enforcement division “pursued a series of successful actions to punish and deter a wide range of serious conduct shortfalls in our market”, according to the SFC’s announcement, adding that he “also nurtured a close working relationship with the China Securities Regulatory Commission”. 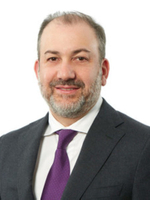 Hausman has been the managing director for global strategic relationships for OTPP since 2017. In his new role he will continue to report to chief investment officer Ziad Hindo. A spokesperson for OTPP said that Hausman’s previous position will not be filled.

Prior to joining OTPP in 2004, Hausman was an executive director at Goldman Sachs.

The new global investment strategy department aims to enhance OTPP’s ability to develop and build conviction on strategic responses to emerging global themes that traverse asset classes and regions. The new department will work closely with the investment team to support innovation, and continue to develop and leverage differentiated strategic relationships. Willis Towers Watson (WTW) has named Ted Hodgkinson its permanent leader for Hong Kong and Macau after serving in the role in an interim capacity since October. Hodgkinson succeeds Roger Steel, who retired in September.

Hodgkinson will lead Willis Towers Watson’s 300-plus employees in the two locations, working closely with business leaders from various segments of companies to facilitate service delivery, innovation and growth, according to the firm’s statement on November 25.

Based in Hong Kong, Hodgkinson retains his position as head of corporate risks and broking for Hong Kong and Macau, and reports to Clare Muhiudeen, head of Asia. Hodgkinson joined WTW in 2018 from Safety Insurance in Thailand. Based in Singapore, Ong brings over 25 years of leadership and sales management experience from leading financial institutions. In this new role, Ong will be leading the Group’s institutional business for Southeast Asia, and will be partnering alongside Wallace Tsang, head of intermediary business to drive the Southeast Asia intermediaries business.

Kheng Siang Ng has become the legal entity head for SSGA Singapore, in addition to his role as head of fixed income for Asia Pacific, according to a spokesperson. 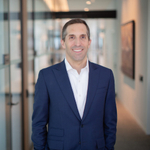 Based in Hong Kong, Grepin will have responsibility for Australia, New Zealand, and Indonesia as well as leading AIA’s group strategy and corporate development functions. He will be a member of the group executive committee and report to Lee Yuan Siong, group chief executive and president.

Mark Saunders, AIA’s current group chief strategy and corporate development officer, will step down from his role on Dec 31 and retire on March 31 2022 having completed eight years of service at AIA.

Prior to AIA, Grepin was Sun Life’s president of Asia with responsibility for all operations in the region. Sun Life has appointed Ingrid Johnson to succeed in the post on Oct 26.

Ng has over 15 years of experience in the financial industry across different markets in Asia. He most recently held the position of executive director at JP Morgan Asset Management, after first joining the Singapore fund sales team in 2015.

Prior to that, Ng was a senior investment advisor for offshore markets at Standard Chartered Bank and was responsible for Asian teams including Indonesia, Malaysia, Brunei, India and Thailand.

Prior to joining Amundi, Liew was a multi-asset portfolio manager in First Sentier Investors, where he worked for almost eight years, focusing on quantitative cross-asset and global tactical asset allocation strategies. In the newly created, Leong will be responsible for building the strategy and relationships with institutional clients in Southeast Asia and bringing Capital Group’s investment services to institutional investors in the region.

Leong was most recently the head of institutional business, Southeast Asia, for Franklin Templeton.

Franklin Templeton told AsianInvestor that it has appointed institutional sales director Marcus Ong to succeed Leong and work as co-head, institutional business Southeast Asia, effective from Dec 1. Ong is based in Singapore. The firm will make an announcement regarding the other co-head in due course. It is also evaluating additional resources required to the position institutional sales team for the next stage and will make further announcements in due course, it told AsianInvestor.

Takatsuki will continue to report to Jennifer Wu, JPM AM’s global head of sustainable investing, based in London. Allen brings with him over 20 years of global asset management experience where he specialised in building investment businesses and leading investment teams.

Prior to joining the firm, Allen spent five years at AMP Capital, most recently as global CIO, equities based in London where he led a global team.

Allen will replace Perry Clausen, who is retiring from the role of CIO in early 2022.

Based in Singapore, Hendry will be responsible for the overall strategy and management of the firm’s functions across Asia excluding Japan and Australia. Hendry succeeds Scott Steele, who was appointed as Janus Henderson’s global head of fixed income client portfolio managers, in April 2021, and will provide a full handover to Hendry to ensure a smooth transition, the firm told AsianInvestor.

Hendry will be joining from abrdn, where he was most recently the head of distribution for Asia Pacific. Abrdn told AsianInvestor that since Oct 13, it has made some changes to its Asia Pacific distribution structure, and is in the process to hire a new regional head of institutional clients to accelerate the delivery of global and sustainable solutions to institutional clients. 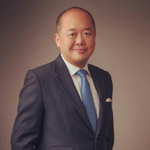 Based in Singapore, Tan will be responsible for further developing Savills IM’s strategic capital partnerships in key markets including Malaysia, Indonesia and Hong Kong. Tan has started the new role on December 1, reporting to co-head, global client capital Michael Flynn.

This article has been edited to update Scott Steele's title at Janus Henderson.

The head of asset management for the Swiss bank is leaving to join the private equity company and help expand its outreach to wealthy individuals.
Asset Owners
Staff Reporters

How Temasek became one of Asia's biggest blockchain backers

Excited by the opportunities in disruptive technologies, the Singaporean investment group is taking a hands-on approach to blockchain.
Asset Owners
Karen Ng