Investors stand to lose out on climate and social investing opportunities if they divest completely from Asia’s emerging markets due to low environmental, social and governance (ESG) ratings, experts have told AsianInvestor.

Blanket negative screening of countries could also have social repercussions, because many of these nations are reliant on “brown” assets. 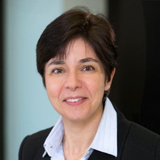 “On the environmental side, EMs still have a heavy reliance on coal, and there is a need to invest in alternative energy sources. But you can't do it that fast because you could trigger social problems, in terms of job losses, for example,” London-based Carmen Nuzzo, head of fixed income at Principles for Responsible Investment (PRI) told AsianInvestor.

READ ALSO: PRI CEO: it's time to get serious about the 'social' in ESG

These countries also provide opportunities for the transitioning of social issues. “Asia is home to a lot of companies that are at the bottom of the supply chain for many developed markets. There are issues such as labour exploitation and child exploitation, or some agricultural practices which are of concern,” she said.

Investors must understand that ESG investments are not only present in countries with strong ESG credentials, she said.

“It could be those with poor ESG credentials, but with room for improvement. These countries offer very fertile ground for tackling ESG issues,” she said.

Asset owners have been increasingly allocating to transition funding to tap EM investment opportunities, while attempting to keep the integrity of their ESG principles intact. Japan’s largest life insurer, the $675 billion Nippon Life Insurance, invested NZ$141 million (98 million) in a green bond issued by the World Bank to “support the transition of developing countries to a low-carbon society”. The bond will be mainly used for climate funds, it announced on Thursday (September 30). As many Asian countries and market players move towards ESG, there will be a growing need for transitional funding to help meet ambitious targets, said Thu Ha Chow, a Singapore-based portfolio manager of the emerging markets debt team at Loomis Sayles, a Natixis affiliate.

Chow gave Vietnam as an example, noting that it had few power plants before the 2000s, which led to people having a much lower standard of living.

“It doesn’t make sense to just close down all coal power plants it has now immediately without a replacement into renewables if you look at the social impacts aside from carbon emissions,” she said.

“What you need to do is work with them to transition into a different mode, such as a project that will help a company halve carbon emissions. That would make more of an impact that you want to see,” Chow said.

“It's a complicated issue, and it requires people to work together closely to get to a more optimal solution than merely looking at numbers,” she added. “That’s the hard work you need to do rather than just adding up the percentage of carbon of the portfolio, then telling people: ‘That's the image in my portfolio, so let me just get rid of the ones that have a high incidence of carbon emissions.’”

Several Australian superannuation funds such as Future Super and Hesta had previously said that investors should be prepared to walk away if a period of engagement does not work with investee companies.

However, other asset owners have a different view on divestment.

Japan’s $340 billion Dai-ichi Life Insurance, for instance, does not conduct negative screening on ESG. It considers ESG as one of many factors in its investment decisions, and prefers to actively engage with fund managers and investee companies to make them improve ESG performance.

One senior investment executive with a North Asia-based asset owner also told AsianInvestor that he thinks simply divesting is not the solution.

Developed market players, as well as asset owners, can support EMs in meeting some ESG targets and making the transition through debt investments or other special programs, he suggested.

But it’s a very complex issue for asset owners to consider, considering their long investment horizons, he noted.

For instance, an investor might have made an investment commitment to a fossil fuel power plant project in a Southeast Asian country 10 years ago, so divesting would be a complicated endeavour.

Even transforming the project comes with its difficulties. If the project were to convert into a renewable power plant to meet today’s ESG credentials, it means investors’ collective efforts in the past would have disappeared, and they would need to re-evaluate the whole project all over again, he noted.

A wind or solar project itself in a developing country may not be risky, but there are many factors for an asset owner to consider, including the finance structure, business structure, as well as creditworthiness of that country, he said.

“For a global institutional investor to participate in those kinds of project financings, we have to feel comfortable with their expected cash flow for the next 20 years, for example. And that cash flow should be underpinned by local feed-in tariff (FIT) regime... And we must feel confident of the creditworthiness in the local authority,” he said.