Thailand’s plans to launch a new pension fund could face resistance from the industry and further delays as the government tries to balance different stakeholders' needs, say experts.

The new vehicle's investment performance could also suffer as a result of the country's protectionist labour laws, which have limited the depth of expertise in its asset management industry.

On March 30, Thailand’s cabinet in principle approved a bill that would introduce a new mandatory pension scheme for private sector workers who are not covered by existing voluntary provident schemes. Known as the National Pension Fund (NPF), the new vehicle aims to address a low pension coverage rate and an aging population that is expected to yield one million additional retirees a year from 2023. The government has not yet offered any indication as to exactly when the NPF could launch.

The new bill is also set to introduce a centralised database of workers that integrates existing provident schemes (see box), addressing a long-standing issue of portability.

Observers say the plans are not before time.

“Part of the answer to the question of how long it might take will be the answer to why it's taken this long [to approve],” says Peter Ryan-Kane, founder at Perk Advisory. He was Asia-Pacific head of portfolio advisory at Willis Towers Watson when it was hired by Thailand's Government Pension Fund (GPF), its largest state pension provider, to review its investment strategy in 2011.

The idea of a compulsory fund for formal workers is not new – it was first proposed by the ministry of finance in 2008. However, it has been resisted by corporations, which would have to pay to supplement the retirement savings of their workers. 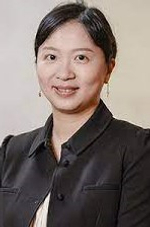 "Plan designers would have also sought input from different stakeholders and balancing different interests would have taken time," noted Ryan-Kane. “As with any reform, there will be winners and losers.”

The new fund vehicle's introduction has also been delayed by a lack of political continuity in Thailand, which has seen two coups in under two decades, he added.

On the possibility of further corporate pushback, Janet Li, Asia wealth business leader for Mercer, noted a fall in disposable income for employees could prove unpopular in the current Covid-19 climate and politically risky so close to an election.

Thailand's citizens are set to vote for a new government by 2023.

The Fiscal Policy Office (FPO), a department under Thailand's Ministry of Finance, expects Bt54 billion ($1.73 billion) to flow into the fund in its first year of enforcement.

Roongkiat Ratanabanchuen, a lecturer on pension funds and capital markets at Chulalongkorn Business School, believes this is a realistic target given that the combined net asset value (NAV) of Thailand’s provident funds stood at Bt1.25 trillion at the end of 2020. He estimates, based on labour force statistics, that NPF could cover around 3.5 million workers in the first year.

Little is public about how the new fund will be managed. Like GPF and the provident funds, NPF is likely to be restricted in terms of allowable investments, particularly when it comes to making overseas allocations. 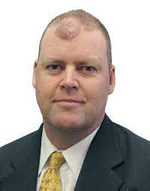 Such caps are designed to limit asset diversification, which has consequences for risk and returns. However, Ryan-Kane believes they also reflect Thailand's acknowledgement that it faces talent shortages in its asset management sector.

Foreign nationals are currently barred from working in the country's fund management industry, which inhibits skill development, he explained.

Despite the lack of available information, investment consultants believe NPF’s asset allocation is likely to follow the initial development of pension funds in other countries.

“At the initial onset, it is very natural for pension funds to start with domestic investments and then over time introduce more international investments," said Li.

One option for Thailand would be to introduce a centralised asset management model, akin to Australia’s Victorian Funds Management Corporation, whereby all of the pension schemes are outsourced to a single fund management company overseen by a public authority. “It is common in other pension systems to start with asset managers who are registered or licensed on the ground," she noted.

It is unclear whether foreign asset managers would be able to win mandates independently, given they are restricted to selling products through joint ventures with local asset managers.

Nada Pajchimpihong, senior consultant within the retirement team at Willis Towers Watson, believes the MoF will use factors such as assets under management, asset class expertise, investment process and fees to pick the initial fund managers.

“Investment capabilities or historical fund performance would also be main criteria, just like other big mandate funds," he told AsianInvestor. "Those who offer unique products, such as target date funds, would be at an advantage, since the draft NPF act states these would be the default investment plans.”

Thailand has seen a consolidation of asset managers of late, suggesting they have been eyeing their candidacies for mandates from the pension fund. The consolidations would raise their total assets under management, which is likely to be one of the key criteria. An example is Eastspring Thailand's acquisition of Thanachart Fund Management in 2019, shortly after its acquisition of TMB Asset Management in 2018.

Eastspring declined to comment on whether the consolidation was motivated by the planned launch of the NPF.