As the spate of mergers in Australia's superannuation fund industry continues, aspiring partners will need to navigate several post-consolidation obstacles as they seek to invest their combined pool of assets, say superannuation executives who have recently gone through the process.

They, and other industry experts, say difficulties often centre around the need to make culture adjustments and to smooth out differing processes, such as asset onboarding and the process of making investments.

Things get complicated when funds are brought together, David Knox, senior partner at Mercer told AsianInvestor. “You don't want to bring all the divergence and all the differences, you want to actually keep simplifying the process... They would have different insurance arrangements, different investment managers, and maybe different technology for administration.

“So then there will be a process of reviewing administration, reviewing investment managers, and reviewing member engagement. Often with a merger, there will be additional costs up front to do that process with a long-term goal of making it more efficient,” he said. 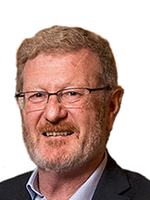 Aware Super offers one example. What is now one of Australia's largest superannuation funds was formed from the combination of Vic Super with First State Super in July 2020. However, the organisation is still working to integrate two sets of administrative platforms and portfolios.

“There are some things you can do quickly, obviously, unlisted market assets. [But] there are some illiquid unlisted assets that you have to look at with a longer-term view, and you clearly don't want to sell them at a discount in the marketplace. So it has taken us some time to develop strategies for each of those,” Michael Dundon, executive consultant of corporate development at Aware Super, told AsianInvestor.

The super fund is also working to migrate members onto a new insourced administration platform which “will bring great efficiencies, but also a significantly enhanced member experience with connections to digital and advice,” he said.

He added that it can be unsettling for staff and members at the beginning, but things settle down quickly enough after they see the benefits of working with a larger organisation.

However, he does offer some advice for funds looking to merge: “The negotiation period from initial MOU (memorandum of understanding) to successful fund transfer deed - try and do that process as quickly as you can. Because there are efficiencies in doing that process quickly to get you to the key issues, and avoid a whole lot of peripheral issues, as well as allowing you better capacity to retain the key staff that you need.”

Both Dundon at Aware Super and Kate Farrar, newly appointed chief executive of the merged LGIA and Energy Super, were conscious about the potential for culture shock because of their respective mergers and said that to mitigate that, company culture was an important consideration when deciding which funds to merge with.

“LGIA Super and Energy Super both have a very similar strategy, which is to be a really personalised boutique fund… where we provide personal and intimate support to our members - a bit like a multi-employer corporate fund,” Farrar said. “The similarity in our service offering was one of the key reasons why we felt that we could work with each other in building this merger. So we want to continue to expand using the opportunities to scale those offerings.”

Similarly, Dundon, who was the chief executive of VicSuper before its merger with Aware, said that when deciding which fund to merge with, similar culture and values were among the most important considerations for the board.

"We wanted to have a conversation on negotiating and working with a fund that had similar values as ourselves, a similar culture, a similar membership demographic," Dundon said. "We're both default funds in the public sector in New South Wales and Victoria. We had very similar demographics in terms of male female split, average ages, and average balances. And so, you know, a lot of our learnings about how to communicate with the members were equally similar."

Funds need to be mindful of “culture change and adjustment as they move up in terms of sophistication level,” Babloo Sarin, head of State Street's asset owner segment in Asia Pacific told AsianInvestor.

“There is a level of adjustment in terms of how they have to look at things,” he said. “If they take asset management in house, [funds need to consider] what does it take to service that, what does it take to incorporate more sophisticated institutional investments tools?”

Ultimately, merger itself is not the outcome. “It’s a facilitator that allows you to employ some of the benefits of scale… It comes back to delivering member outcomes for the particular part of the community you service,” Sarin said.