As the climate crisis reaches the top of corporate and political agendas, market participants are increasingly singling out greenwashing as a threat to net-zero carbon emission goals.

The lack of accepted global frameworks to measure the ESG ratings of companies and governments complicates the assessment of compliance levels, creating an environment where greenwashing can go undetected, said panellists at the Economist’s ‘Sustainability Week: Countdown to COP26’.

Investor fears over greenwashing — overblown claims of sustainability or environmental friendliness — have been heightened in recent weeks after German and US regulators launched a probe into DWS for overstating its ESG investments. In China, greenwashing has become a challenge for investors as issuers jump on the ESG bandwagon, Crystal Geng, head of ESG for Ping An Group, said during the panel discussion.

China’s capital market currently has 180 ESG-themed bonds, she noted. “The scale is around Rmb300 billion ($46.49 billion). However, when we look back to the middle of 2020, there were only 100 mutual bonds, and the scale was also less than half of the Rmb300 billion we have right now,” she said.

This increase in ESG-themed bonds indicates that greenwashing in China could get worse, particularly since the country does not have disclosure obligations on a par with the EU’s Sustainable Finance Disclosure Regulation (SFDR).

“The ESG financial instruments definition is blank, we don't have the definition now and the other kinds of ESG funds are mostly active management mutual funds,” Geng said. “So the philosophy or the mandate is actually determined by the fund manager. If they claim it is an ESG fund, then it is.”

China’s regulators rolled out an update to its ESG guidelines known as the green catalogue in 2020, “around the same time that the EU announced the new green taxonomy… because there was a lot of discussion and criticism that the previous green catalogue was not aligned with international goals,” Geng said.

Even so, investors will have to put in the work to interpret the data provided by issuers to discern whether an ESG fund is truly a sustainable investment, she said.

The lack of standards in ESG regulatory frameworks and data reporting is a challenge for investors not only in China, but also the rest of the world. “The rules and regulations, whether they're global ones, whether they're EU-wide, or whether they're domestic, it’s important that we and the market understand what the rules are and that they are designed in a way that everyone is clear on the incentives they are creating,” said Gabriel Makhlouf, the governor of the Central Bank of Ireland during the discussion.

“That is very much a work in progress, although a lot of progress has been made,” he acknowledged.

Makhlouf added that central banks and regulators, as well as corporates and investors, need transparency and the capability to analyse the data well if they are to better assess the claims being made about the sustainability of investments.

“The analytical capability to translate data into information, is probably one of the biggest risks at the moment. There are a lot of claims being made, which at the end of the day, not enough of us necessarily understand enough as to where they are, how accurate they are or not,” said Makhlouf.

European regulators in particular have been taking action to enhance the reliability and comparability of sustainability information. Part of the “Sustainable Finance Package” that the European Commission adopted on 21 April 2021 aims to help ensure the transition to sustainable finance and prevent greenwashing. 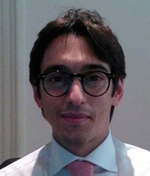 Alessandro d'Eri, senior policy officer, European Securities and Markets Authority said that from a regulatory perspective, combating greenwashing requires that the entire sustainable investment value chain must be examined from the issuer to the final investor — making the quality of data and level of disclosures of financial market participants of paramount importance.

“Investors have to comply with disclosure obligations, make sure that their sustainability profile and the sustainability profile of the investments are visible to readers of public reports or the final investors. I think in Europe, we managed to make some progress […] most importantly, with the SFDR for financial market participants, which is precisely taking on greenwashing,” said d'Eri.