Over the last two months, large institutional investors in the US have switched up their equity strategies by purchasing shares in companies with good growth prospects over cheaper value stocks. The sudden trend reversal is reportedly being driven by shifting views on interest rates, inflation and the possibility of an incoming recession.

Since the middle of June, the blue-chip S&P 500 index began a recovery from its low point of this year, fueled by fresh bets by investors on technology stocks and other growth sensitive sectors. Meanwhile, US value strategies which focus on investing in undervalued companies have lagged, according to the Financial Times.

The underperformance of value companies and resurgence of interest in growth stocks mark a return to a trend that predominated from the beginning of the global pandemic in 2020 through to December 2021.

Growth stocks began to lose their appeal in the first half of 2022 due to soaring inflation and central banks' indicating they were going to taper back stimulus from the pandemic era, but now that the US economy looks as though it is heading towards a recession, a reversal appears underway.

Considering this emerging trend among US investors, AsianInvestor asked asset managers and analysts for their views on growth versus value in US equities and if they too will make the pivot over the next 6 to 12 months. Despite the risk-on environment in the last two months, the disconnect between the outlook for earnings and price means that investors are still cautious about the move from value to growth strategies. The continued uncertainty around a slowdown of economic growth and the question on whether a soft landing is even possible with the surge of food and fuel prices are weighing on where investors are putting their money.

Globally, dividend strategies continue to see inflows as investors remain defensive because of the uncertainty around how deep the slowdown will be. Interest rate hikes generally take around six months to filter down to the economy. Hence, softer economic data are expected from September until at least the end of the year.

In the short term, expectations for aggressive rate hikes in the US have eased. This means that in the past two months, sectors which are sensitive to rates like property have seen inflows. Despite this, the financial sector continues to come under pressure as rising interest rates is expected to hurt the housing market which will impact the financial sector negatively.

While risk assets are off to a flying start to the second half of the year, the continued uncertainty around an economic growth slowdown, inflation and expectations that earnings have peaked implies that it’s too early to determine whether the recent move from value to growth will be sustained. I think this rotation makes sense for strategic investors who are looking at the next two-three years in terms of their investment horizon. The growth sector has already gone through significant valuation de-rating and the profitable firms in these sectors, tech and healthcare, are attractive. While an economic recession in the U.S. is not a done deal, we do expect growth deceleration due to higher interest rates and the Fed’s goal to cool inflation. This could also prompt investors to focus more on tech and healthcare stocks, which typically are less sensitive to economic downturns and deliver long term earnings growth.

Tactically, over the next three-six months, we are still watchful over the Fed’s policy. We would argue that the market is probably getting ahead of itself in expecting the Fed to end the hiking cycle with policy rate at 3.5%-3.75%, when inflation is still running hot. And it is premature to expect the Fed to start cutting rates in late 2023 if there was no recession. This implies the spike in government bond yields can still occur which could squeeze growth stocks in the short term. This is effectively what happened earlier when 10-year U.S. Treasury yield rose above 3% for the first time in a month, prompting the Nasdaq to correct by 2.5%.

We are not pivoting to growth from value just yet. It is true we have seen a summer bounce in growth stocks. That seemed to have been led by a notion that the Fed would not only slow its pace of rate hikes but would also be forced to cut rates by early 2023. We disagree with this widely held assumption. Core inflation in the US is far too elevated, and price increases have become much too broad-based, for the Fed to back-off from tightening policy.

Indeed, we think the policy will stay at restrictive levels for quite some time. In fact, the July Federal Open Market Committee minutes released last week confirm this policy bias. Subsequent public comments from several Fed officials have reiterated the same message. In this evolving backdrop then, it is no surprise that the ‘summer bounce’ in growth has come off, and real rates have resumed grinding higher. The latter implies a larger discounting factor for high PE stocks. As such, our recommendation has been and remains defensive. Stay neutral bonds, underweight equities; prefer value over growth, and prioritise high dividend yields over low earnings yield.

We acknowledge the risks to our call from a sizable disinflationary impulse from China and Europe and a stronger US dollar. We will be watching and assessing these factors closely. But for now, we believe it will still take some time for core inflation to come off materially in the US; and we do not yet think a reversal of Fed policy is imminent. In June, we turned more positive on tech stocks and added more growth stocks to our core portfolio strategies. At the time, we felt we had already fully experienced another Dotcom crash. During the 2000 dot-com crash, the Nasdaq Index fell 81%. Today’s Nasdaq Index is not comparable to the composition of the Index 22 years ago. Back then the Nasdaq was comprised of many non-profitable Internet stocks.

A modern-day equivalent of the 2000-Nasdaq is the GS Non-Profitable Technology Index. It lost almost 69% from its peak last year to its low in May, was comparable to the drawdown of the Nasdaq in 2000. Since then, the Nasdaq has rebounded by 22%.

The key reasons to expect a continued rebound in growth stocks are easing inflationary pressure and a slowing economy, which will cap the rise in bond yields. At the same time, earnings at growth companies are likely to stay solid, while expectations have come down drastically. For the next 6-12 months we are constructive on risk assets as some of the economic risks will subside. Whether we will face a recession or not does not really matter, as long as employment and job growth stays as strong as it currently is globally.

Impacted by the US Fed’s hawkish rate hiking trajectories, we’ve witnessed some outflows from the US Tech to other “value-oriented” sectors in 1H 2022, in fear of global slowdowns. Indeed, recent 2Q earnings suggested that the US semiconductor sector experienced growth moderations impacted by macro concerns and supply-chain disruptions.

As such, several bellwether chips companies also cut 2022-23 outlook. On the other hand, selective Megacaps Tech and EV-related stocks manifested their abilities to withstand the macro headwinds and still registered solid top-line growth while maintaining resilient margins in 2Q 2022 results. Therefore, these prompted capital repatriated back into these stocks, which rippled into wider valuation run-ups for the growth stocks in the past few months.

Looking ahead in the remaining months of 2022, we should expect market volatilities to sustain at high levels, with the capital flowing into the high-quality growth stocks. On valuations, Nasdaq trades at 27.1x forward price-to-earnings, versus that of 36-38x one year ago. Hence, global growth decelerations have already been factored into the share prices. Within the US tech sector, we continue to prefer the sub-sectors in the likes of software, cloud computing, e-commerce, cyber security – which we think can outperform in a slowing growth environment. 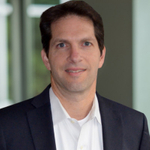 The terminal value of companies was a big factor in the rotation away from growth stocks earlier this year. As interest rates move off historic lows in the United States it is important to focus on valuations, balance sheets, and cash flows.

We believe that in an environment of higher inflation and rising rates companies that pay dividends and have the ability to continue to do so should outperform.  Cash or dividends received today is more valuable with higher interest rates, as the terminal value of stocks decreases.

Investors may focus more on the financial health of companies moving forward, and we continue to favor companies with strong competitive advantages that have healthy balance sheets and can continue to grow and pay dividends against the backdrop of both higher inflation and interest rates.