Korea insurance firms look set to continue buying overseas alternative assets even as their domestic regulator ramps up efforts to curb rising flows into what it sees as potentially risky illiquid investments.

The Financial Supervisory Service (FSS) reportedly announced last week that it would strengthen oversight on insurers’ exposure to foreign alternative assets by implementing a risk management framework in the first half of 2021. This came after it set up a task force to that end in June last year.

The regulator did not respond to AsianInvestor requests for confirmation or comment, but local market experts confirmed the new development.

There will be reportedly be new guidelines for various processes, such as on-site due diligence, and insurers will have to institute a review process for investments with high loan-to-value ratios.

Yet the FSS's appears is seen as unlikely to really stem the growing wall of Korean capital seeking illiquid foreign assets. She did, however, suggest they may become more selective on their alternative asset investments through enhanced internal risk assessment in the near term.

Nonetheless, demand for overseas opportunities will not wane, confirmed a Seoul-based product specialist at a Korean fund house. Nor will additional pressure to reduce portfolio risk have much effect, as insurers are already prudent in their overseas alternative investments, he told AsianInvestor on condition of anonymity.

Several outlined plans to raise their allocations to alternatives at AsianInvestor's Korea Alternative Investment Week in January. For instance, BK Cheon, chief investment officer of DGB Life's W7 trillion ($6.33 billion) of assets, said the Seoul-based insurer would gradually increase its 7% allocation to alternatives to 15% in the medium to long term.

Private credit is a focus for many Korean insurers, something rating agency Standard Poor's sees as being a potential issue for regulators. Hyundai Marine & Fire Insurance and Fubon Hyundai Life are keen on overseas direct lending in particular, as executives from both firms explained at the AsianInvestor event. 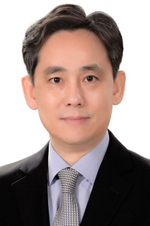 Korean insurers' foreign alternative asset allocations had already grown from less than 1% to between 2% and 6% in the five years to June 2019, in respect of firms rated by Moody's Investors Service.

Moreover, beneficiary certificates, taken as a proxy for alternative asset for Korean insurance firms, accounted for about 10% of their total invested assets in the first half of 2020, up from 7% in 2017, according to Fitch, citing industry data.

The FSS has been urging caution around such strategies since at least mid-2020. It launched the task force in June to draw up risk management guidelines for investing into private assets after Korea's alternative fund market had trebled in value to W240 trillion in the previous five years.

In the same month the watchdog had also reportedly told domestic securities firms to strengthen their investment screening process, particularly for foreign real estate, including by conducting on-site due diligence on prospective purchases.

Alternative investments tend to lack active secondary markets and as such are less liquid and more prone to mark-to-market valuations. Hence insurers may not be able to sell off such assets, or may only be able to do so at deep discount, during times of market distress.

Might Korea insurers invest into more alternative assets onshore? That is seen as unlikely, as such opportunities are relatively scarcer, and lower-yielding, than they are overseas. Hence foreign assets remain attractive despite the due diligence challenges posed by Covid, the unnamed senior manager said.

That said, while domestic alternative investment deals are scarce these days thanks to fierce competition, insurers can expect to see opportunities emerge from government spending to stimulate the economy amid the pandemic, Moody's Kim said.

But the main allocation focus for Korean insurers will continue to be lengthening their asset duration in preparation for the tighter capital regime, the Korean Insurance Capital Standard, due to take effect in 2023, he added, so investments into both domestic and overseas fixed income will dominate their activity for now.

AsianInvestor requested comment from executives at three inusrance firms for this article but they went unanswered.

For more insight into how insurance companies in Asia and elsewhere are allocating, attend AsianInvestor's Insurance Investment Week from March 15 to 19.